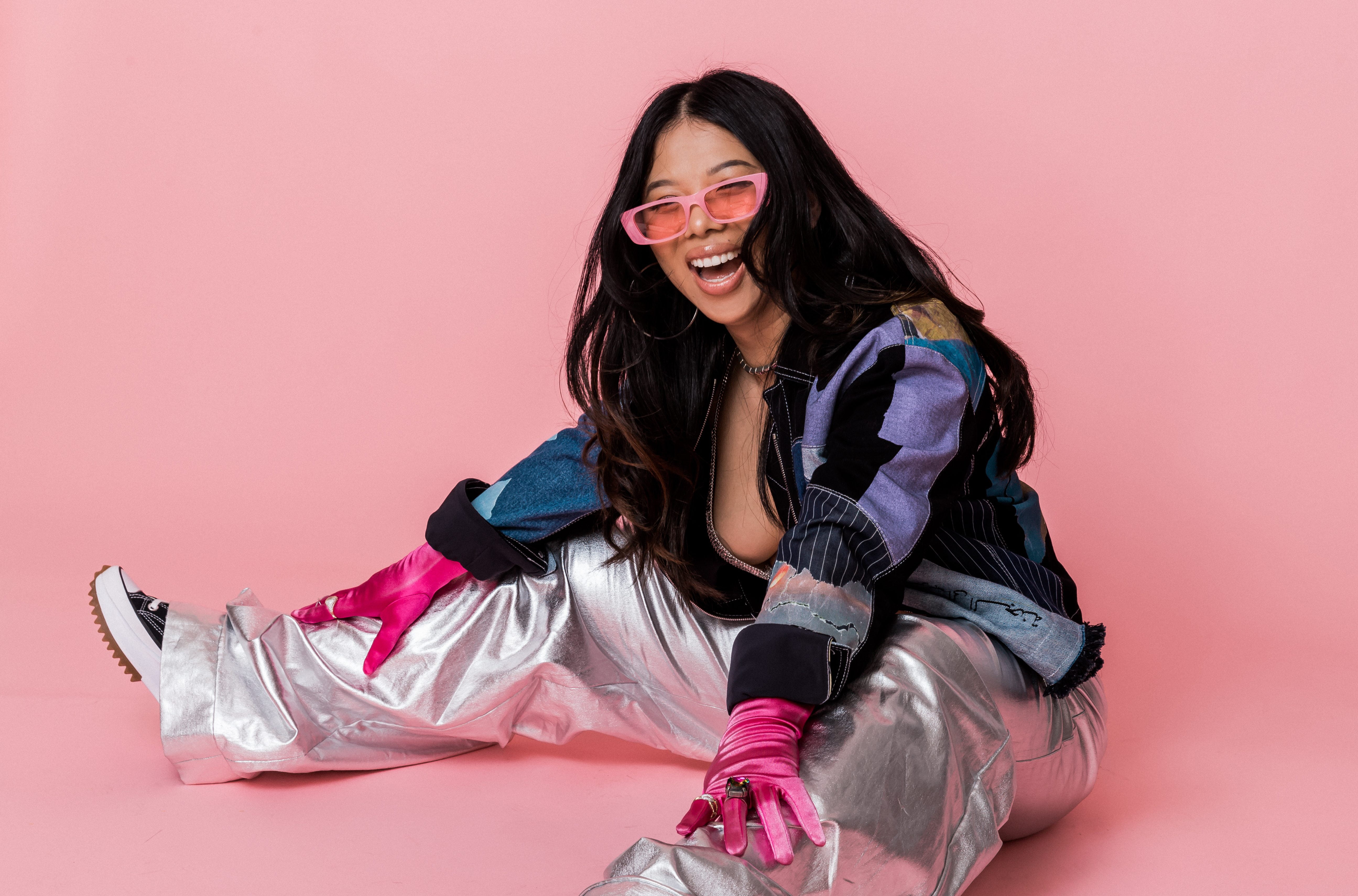 In Conversation With: Thuy

An indie Pop artist with an R&B-charge aura, Thuy is in her bag. Making her debut some years back with “Hands On Me,” the Bay Area songstress grew up surrounded by music and influences such as Brittney Spears and Christina Aguilera amongst others. The daughter of two Vietnamese immigrants, Thuy carried on their resilience and ability to get through it no matter what through medical school before eventually pursuing her purpose, music. “I wish I started sooner but I think that everything happens for a reason,” she tells us.

Her debut single serves as a building block for her formidable catalog which contains an endless array of bops that put her honey-drenched vocals on full display. Her 2017 track “All Night Long” is a massive success and one of her biggest to date with her catalog amassing a whopping 40 million streams. What’s more important is how Thuy has molded into a young icon for fellow Vietnamese Americans and minorities through her music. “It means so much to somebody that never thought that they would see somebody who looked like them in film and media,” Thuy emphasizes. “I’m all for it!”

2021 has proved none short of a miracle for Thuy. With her latest slew of songs accompanied by visual efforts, she undoubtedly places herself out of the box and excites her audience every second she can. Records like “chances,” “universe,” and “in my bag” are just the beginning as Thuy prepares the release of her very first EP later this year. “I don’t want to jinx anything but lots of exciting things! You’re going to see more of Thuy so just be on the lookout,” she shares. Be on the lookout for more Thuy in 2021.

We had the opportunity to chat with Thuy about transitioning into music, her latest string of singles, diversity efforts in music, and much more! Read below.

From singing and songwriting to bringing everything to fruition, when and how did you discover your musical talents?

Honestly, I’ve always loved to sing ever since I could talk. I grew up in a family where karaoke was huge and I remember being a little girl, I would find some Brittney Spears song and perform. They wouldn’t understand anything I was saying but I knew I just loved to perform. Slowly that confidence I had as a little girl kind of declined with high school because you don’t really want to stand out or give people the opportunity to judge you. I still loved to sing but I just didn’t have the confidence to sing and it wasn’t until after I graduated college and met my boyfriend that I started making music in the first place.

I wish I started sooner but I think that everything happens for a reason. It’s like okay, I went to school and did something for my parents, but now it’s time to do something I like. I had this weird thing in the back of my head that I’m going to be a singer and nothing can stop me. I made my first song ever “Hands On Me” and it got on my local radio station and at that moment, it was like I know I can do this. I just knew I could do it!

Growing up, what role did your Vietnamese heritage play in finding your sound or how you create music?

I wouldn’t say that it influences my sound directly. What I can take from it is that my parents are both immigrants and it was such a hard journey for them to get here. They were really grinding so that they can support me and my five other siblings and they always figured it out. I feel like they’re so resilient and resourceful and I think I’ve taken those qualities into my music. When I first started, I didn’t know what I was doing and I wouldn’t take no for an answer.

What message did you want to get across to your listeners with your new track “in my bag”?

In my normal life, I am probably one of the most timid people and I’m kind of a bit of a people pleaser. I’ve never made a song like that where I was speaking from a standpoint of “you kind of slept on me.” So with that record, I just wanted to have fun with it and talk my shit a little bit. I wanted to be like you’ve been looking for me, but I’ve been here the whole time. I found that when you let go of that ego, life is just so much better because you’re not comparing yourself. There’s room for everyone!

One thing that I really love about your music is the creative direction you take when it comes to visuals and your aesthetic. Tell me a bit more about how you come up with all these concepts and ideas.

I love that you said that and I love that you used colorful! I feel like I’m a very colorful person. I definitely deal with social anxiety and it’s that mentality of fake it ’til you make it. I think I mask it very well by using colors and being bubbly. I try to be very methodical with how I’m releasing it because the song itself is very important but the marketing behind it is just important. I’m very hands-on with everything I do and

I’ve actually had to scrap music videos that I’ve spent thousands of dollars on things that didn’t reflect my artistry. I feel like it’s just so important to know what you want and I just love creating in all aspects from music videos to cover arts and overall aesthetic. Visually, that’s so important as an artist and you should think about what type of brand you want to build. For me, I want to build one that’s bubbly, fun, and colorful!

What are your thoughts on the music industry’s diversity efforts? What do you think needs to be in order for everyone to be equally represented on both an artistry and executive level?

I think it’s fucking awesome! Just to be included in the AAPI month and it was such an honor to be in that whole realm. I think it’s so awesome to bring more visibility to POC creators because there are so many talented artists out there. We shouldn’t just be narrowed down to a month because there’s a lot of Asian and Black artists that I wouldn’t have known about if it weren’t for a month that highlighted them. I know a lot of talented people that are behind the scenes because maybe they’re afraid of being the main face, but the more you bring visibility to that, will inspire others to showcase their artistry.

I think that’s why representation is so important. Me being in R&B, I have so many young Vietnamese-Americans reach out to me. I think for me, I started to actively think about how important it is for me to be in this space. When you get to a certain level, your existence has a huge impact on perception and all of that. There becomes a point where you have to understand that you being here in this space actually makes such a difference. It means so much to somebody that never thought that they would see somebody who looked like them in film and media. I’m all for it!

What’s next for you following the release of these next singles? Are you working on anything exciting at the moment that you can share?

Yes! I don’t know if I can say it! I move in silence, I’m not the type of person that’ll speak on anything before it’s confirmed because I don’t like to count my eggs before they’re hatched. I don’t want to jinx anything but lots of exciting things! You’re going to see more of Thuy so just be on the lookout. More content, partnerships, maybe acting? We’ll see!

If you enjoyed our chat with Thuy, check out our interview with Esther! 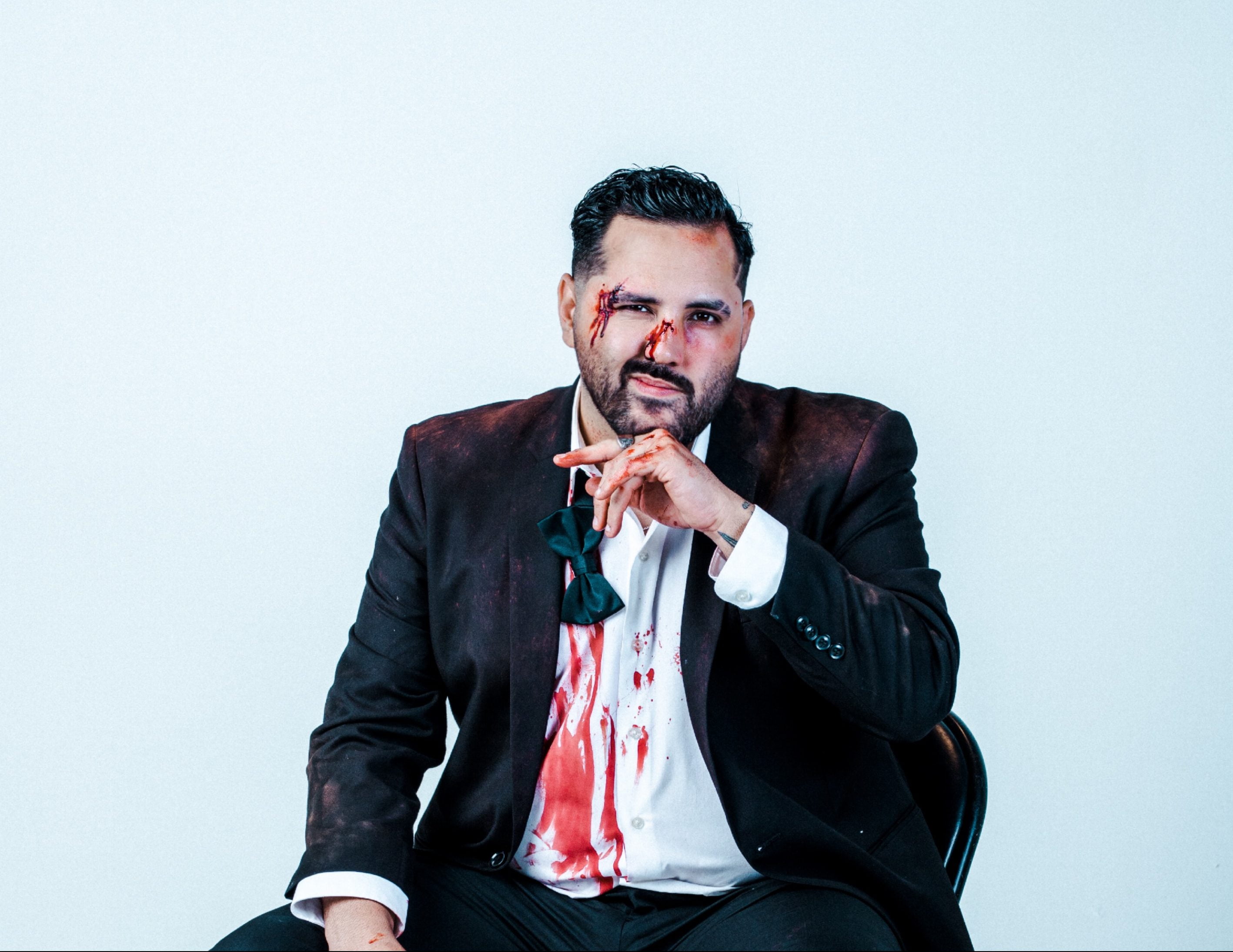 Marty, also known as Marty Mar, makes up half of the Social Club Misfits, a music duo from Miami, Fl 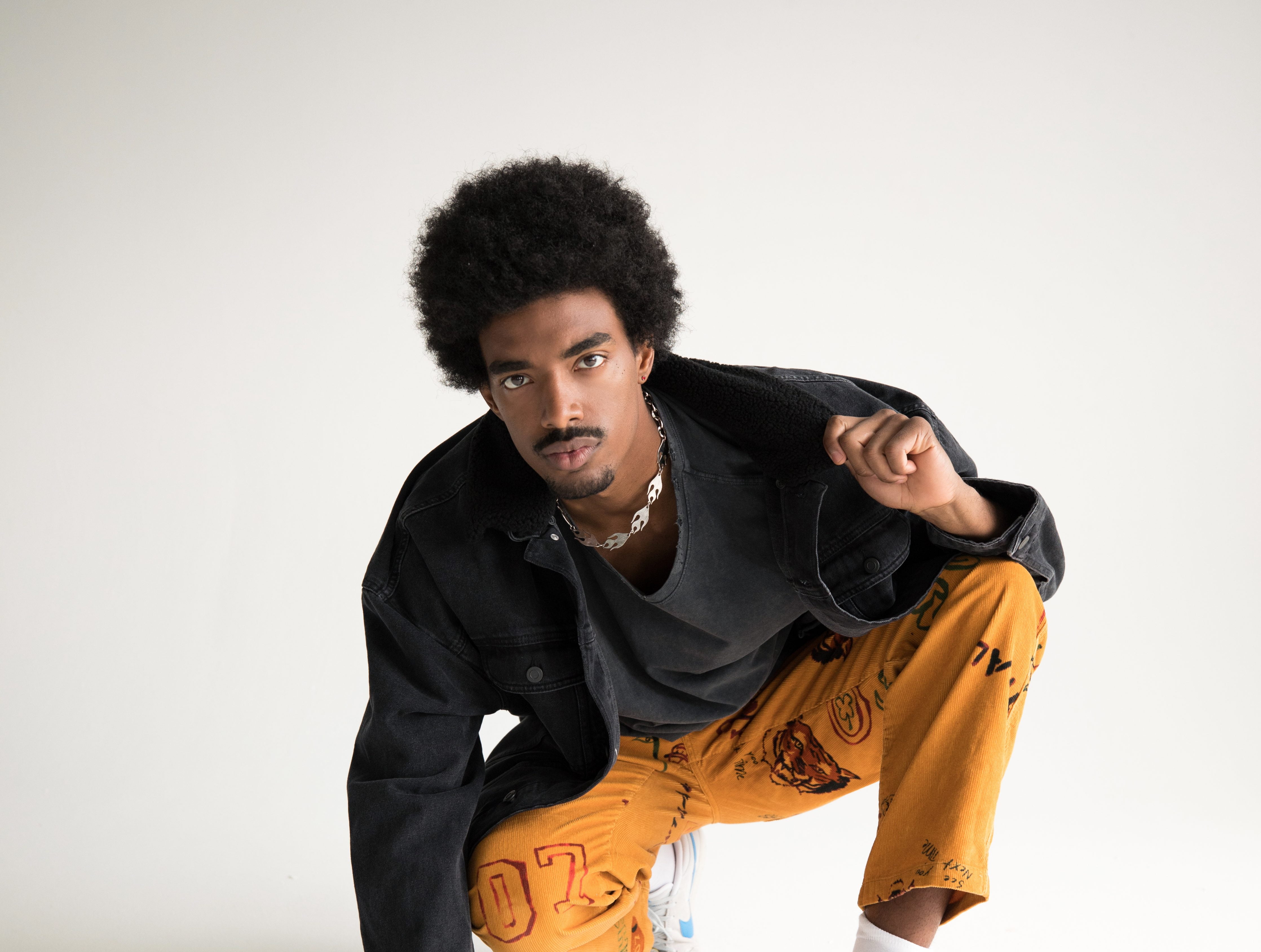 In Conversation With: Tai Verdes 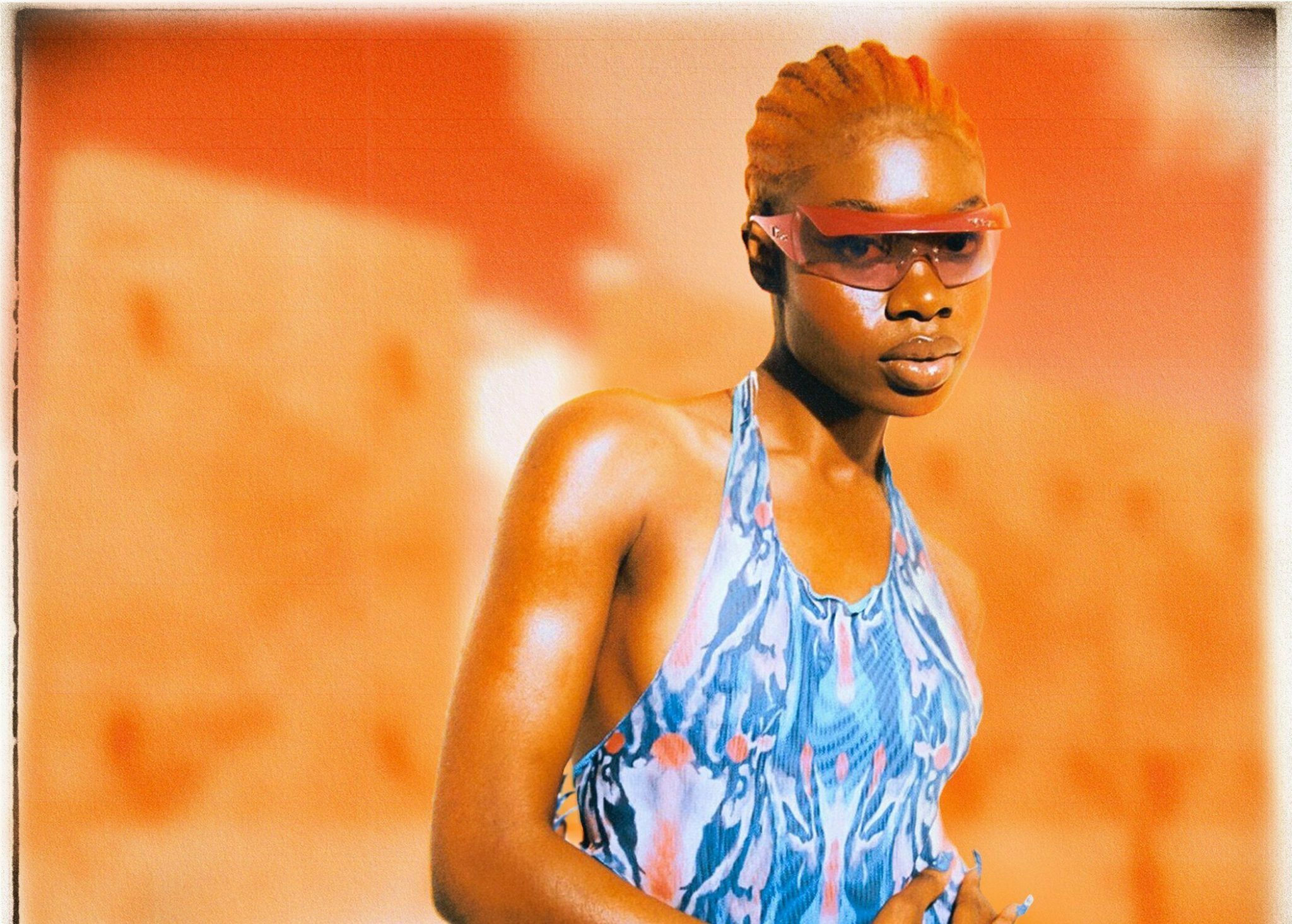 Elevate Your Wardrobe With Gravile Studios