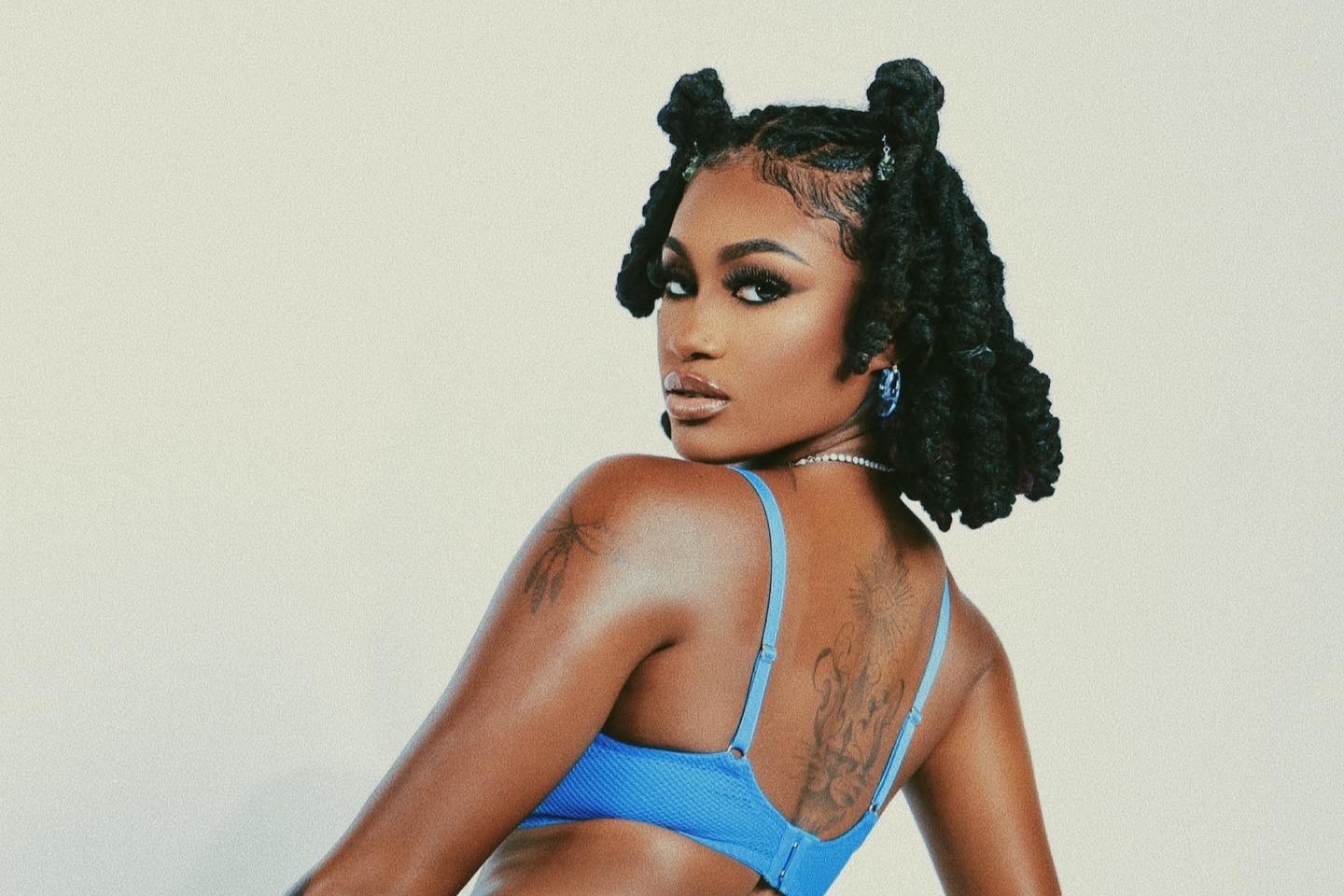 Kali Is Trailblazing Her Own Path In Hip-Hop

Lending her raunchy southern-style rap cadence to bass-laden instrumentals, Kali has proven herself to be a serious contender for this generation’s leading women trailblazing their own path in hip-hop.

Growing up on the north side of Atlanta, Kali’s love for music was discovered through her producer parent, who she’d often listen to make beats. Simultaneously, she began growing a deep love for the likes of Missy Elliott and Nicki Minaj among others before recording records of her own. In 2019, the music starlet released her debut track “Mami” followed by “Oop,” which helped her surface online and amass an audience of fans alike. Through a series of freestyles on Instagram, the rapper began to pick up traction and signed to Atlantic Records the following year.

Kali kicked off 2021 with her debut project, This Why They Mad, which spans seven tracks featuring a lone guest appearance from Texas rapper KenTheMan. Songs like “Nasty Bitch” and “Big Body” are met with unapologetic bars, undeniable melodies, and unrestrained spirit. The rapper formally introduces her stunning pen game complemented by witty and raw verses. She joins a new elite of female rappers dominating the industry such as Baby Tate, Coi Leray, Lakeyah, and Enchanting to name a few.

“Do A Bitch” rose to popularity, quickly inciting a flurry of activity on TikTok from superstars such as Charli D’Amelio, Gabrielle Union, Nessa Barrett, and more. In between bass-y piano and 808s, she tears through the production with a seductively incisive flow that instantly catches the ear. As a result, the song garnered over 5 million streams in a month of release in addition to its 500K video creations on the platform.

“It’s about a situation with a boy—exactly like the song says,” she recalls “I almost didn’t put ‘Do A Bitch’ out, but my best friend was like, ‘You need to drop it. It’s real.’ So, I did.” The original was followed by a trio of impressive remixes featuring the likes of Rico Nasty, Saucy Santana, and Enchanting.

Kali cemented her presence with “MMM MMM,” produced by multi-platinum producer and former boyfriend ATL Jacob. Taking on the same trajectory as its predecessor, the track proved to be a breakout phenomenon with more than 1M TikTok video creations including celebrities like Abby Roberts, Emma Brooks, and 24KGoldn among others. Fittingly, the song boasts a remix from Latto and Moneybagg Yo towards the tail-end of 2021, offering equally high-energy verses that match the song’s bravado. In due course, Latto brought the GA-based rapper on tour with her months later, which further propelled Kali into viral triumph.

Serving as her sophomore EP, Kali welcomed 2022 with the release of Toxic Chocolate. Comprised of eight surefire songs, the project sees the rapper collaborate with Muni Long, BIA, Yung Bleu, and several more. Tracks like “Standards,” which tastefully samples Boyz II Men, and “UonU” previously set the tone for its full-length release whilst newer cuts such as the title track offer a further dive into her raunchy rap style. The project also features her Latto and Moneybagg Yo-assisted remix of “MMM MMM.”

The rap phenomenon continues to propel into superstardom within the hip-hop community with her securing a spot in the XXL 2022 Freshman Class. Joined by rappers like Nardo Wick, Doechii, and others, Kali is undoubtedly on the pathway to mainstream success. “This is that perfect moment for me. I’m fully myself. I know who I am as an artist,” she tells XXL. As she continues to climb the charts and share new material, Kali is on her way to being rap’s it-girl.

Elsewhere in music, Mariah the Scientist’s sullen soundtracks to love have become blueprints for the modern woman.