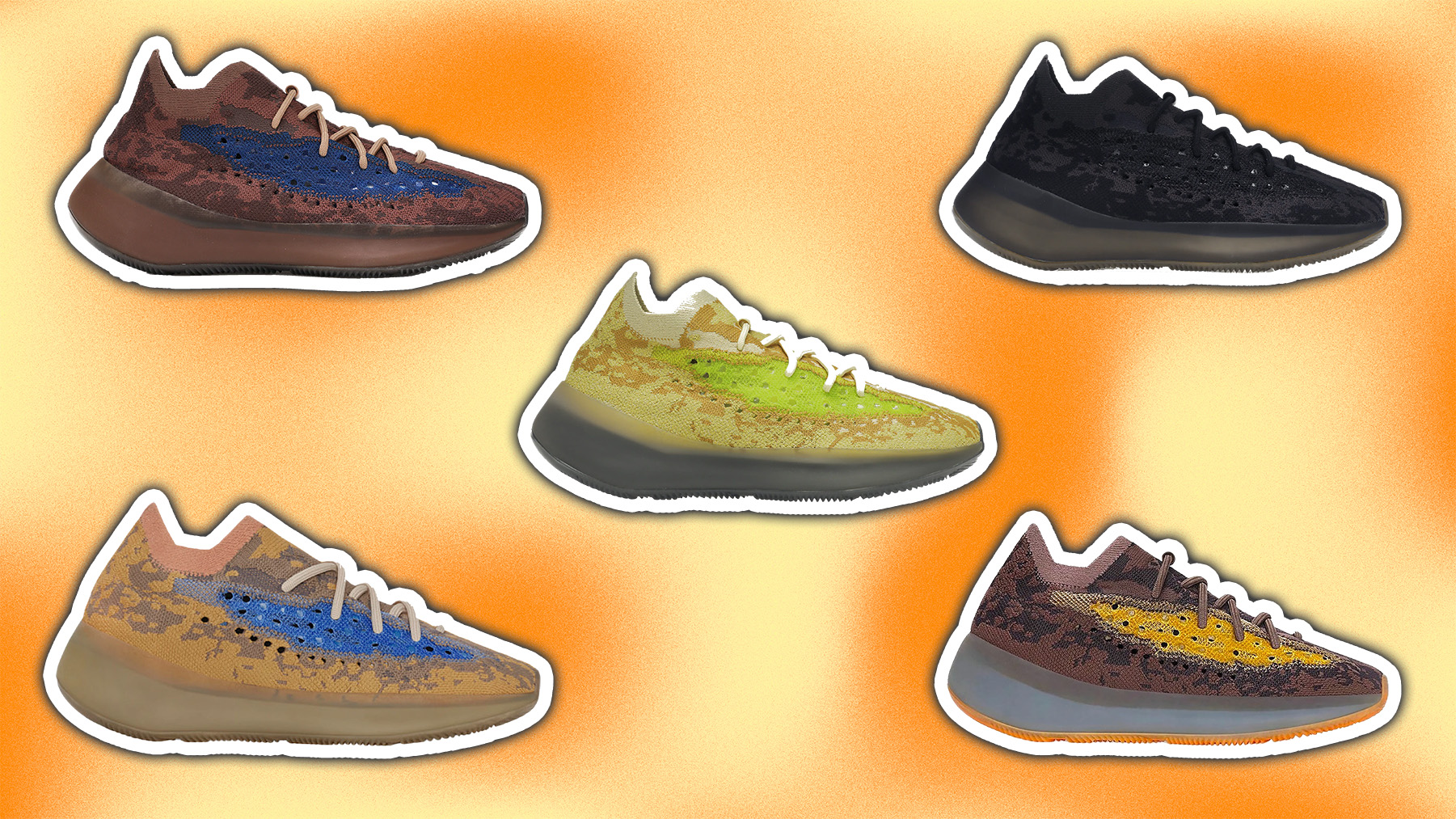 Everything You Need To Know About Yeezy Boost 380

The Adidas Yeezy Boost 380, formerly thought to be the next iteration of the best-selling Yeezy Boost 350 V3, is a mid-top sneaker featuring a Primeknit upper, perforations at the midfoot, and a thicker, more comfortable Boost midsole. This take on Kanye West’s design initially debuted in 2019 with the camo-inspired “Alien” colorway.

The shoe has a Primeknit upper with a low top and is highlighted by off-white contrast striations and a perforated area where the Three Stripes logo is shown. The lacing mechanism, which is integrated into the upper, adds to the shoe’s minimalist aesthetic. Finally, a full-length BOOST-assisted midsole and a corresponding rubber outsole section elevate the shoe.

As can be seen from the images below, Adidas and Yeezy are applying the same formula to future iterations of the Yeezy Boost 380 silhouette. Continue scrolling to see all of the sneaker’s previous and upcoming releases.

When Yeezy debuted the adidas Yeezy Boost 380 “Alien,” it was the first colorway among the new silhouette. Unique in that it lacks the customary lateral side strip, this sneaker’s upper is constructed from a Primeknit design unlike any other model from Ye’s highly coveted footwear brand. The design is rounded off with a firm Boost midsole and a gripping outsole.

Released in both reflective and non-reflective colorways, the 380’s upper is constructed with a Mist Primeknit design and lacks the customary lateral side stripe. The design is finished off with a transparent Boost midsole, enhanced gum outsole, and synthetic rubber traction pods.

The upper of the Yeezy Boost 380 “Blue Oat Non-Reflective” is crafted in a complimentary mix of beige and orange tones. Perforations and a contrasting blue upper make the sneaker’s characteristic monofilament window stand out.

The upper of the Yeezy 380 Pepper is constructed from a light grey and blue Primeknit, with a light brown patch on the side. This colorway takes inspiration from the Yeezy 380 Mist, but instead of using dark tones, it sports a bright, earthy palette. Yeezy followers are loyal because of the supreme comfort provided by the BOOST sole, which is transparent and black per each model.

The “Calcite Glow” iteration of the Yeezy Boost 380 pays homage to the original “Alien” model of the shoe. This colorway, like the “Alien,” is constructed with an upper made of a perforated Primeknit in white and grey. However, “Calcite Glow” is mostly white with grey accents, which is the major distinction between the two color schemes. It has a transparent, glow-in-the-dark sole that will make your feet stand out in any setting.

Black Primeknit with a dark brown camouflage pattern and flat black stripe down the side define the “Onyx” colorway. The BOOST sole is black and transparent, much as in previous colors, providing the utmost in cushioning and ready to keep your feet cool and stylish.

The upper of the Yeezy Boost 380 “Lmnte” has a brown camouflage pattern in tonal Primeknit, with a single golden stripe located on the lateral side of the shoe. The 380’s comfy runner character is preserved but a hiking boot aesthetic is conveyed via a dark grey transparent Boost midsole, a golden yellow outsole, and rope laces.

The Yeezy Boost 380 “Calcite,” introduced in the autumn of 2020, was the first of its silhouette to have glow-in-the-dark details, and the “Hylte Glow” release similarly follows suit. There is a flat neon green swoosh on the side of the yellow Primeknit upper in this colorway for added detail. The translucent grey Boost sole and rope laces are classic Yeezy details, making these sneakers perfect for everyday use.

The upper of the “Azure” colorway is constructed from the recognizable Primeknit material and colored in a muddy brown hue. The monofilament window, which is woven into the sock’s side, is a contrasting royal blue to set it out.