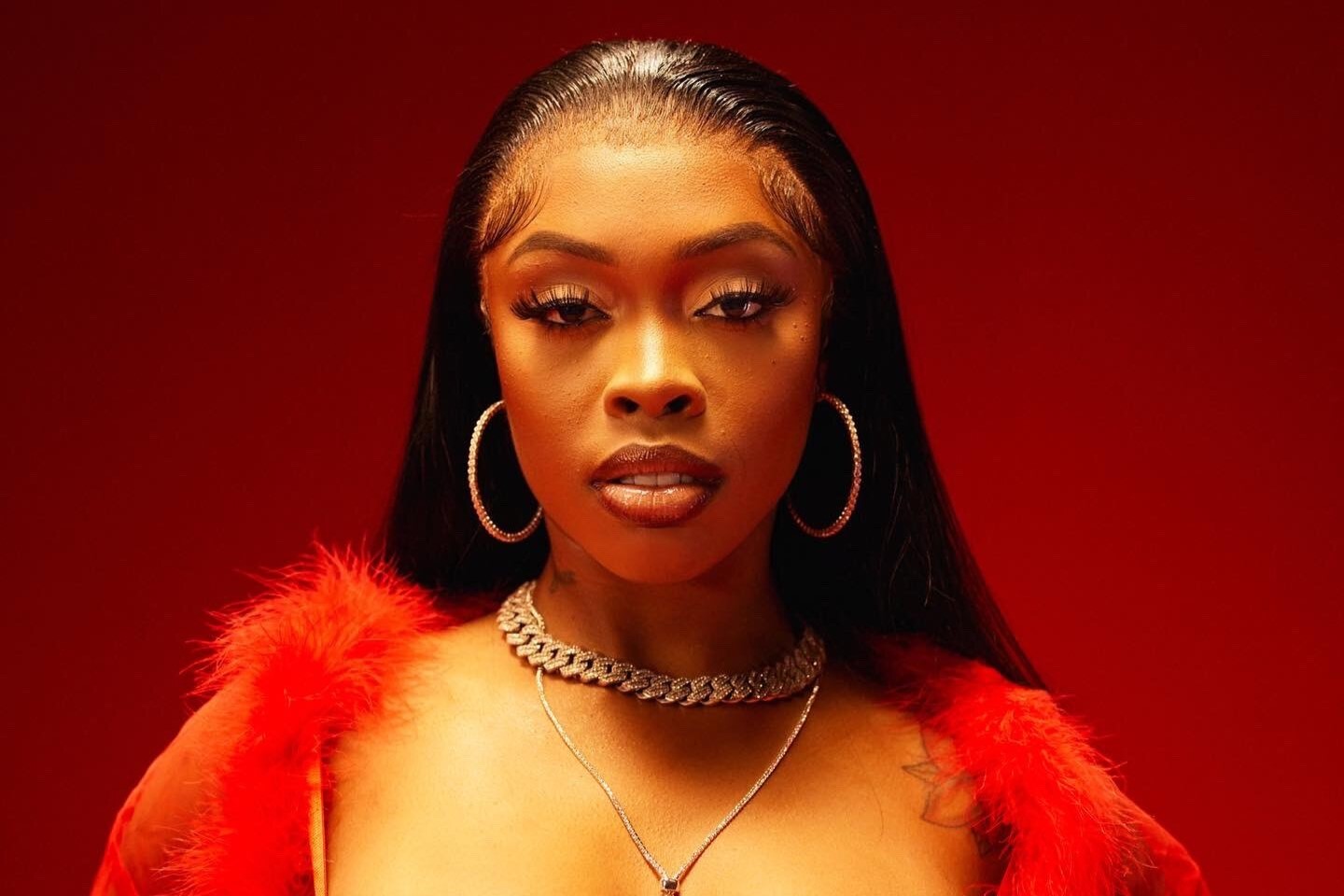 No one can deny that women have played a huge role in R&B and its rise to mainstream fame. Whether it’s behind the scenes or standing at the forefront, women continue to dominate the genre, lending their voices to the new generation of musicians while gracing our ears with ever-so-relatable tales of love and heartbreak. Insert Tink, a true pioneer within music that sings straight from the heart without filter or apology.

Since the release of her 2011 debut mixtape Winter’s Diary, Tink has been a staple in R&B music. The Chicago singer-songwriter took the industry by storm with a slew of projects and loose singles including 2013’s “Treat Me Like Somebody,” 2014’s “Count on You” and “Don’t Tell Nobody,” and 2015’s “I Like” among many others, all of which have amassed millions of streams. Fast forward to 2021, she continued to propel into the mainstream with Heat of the Moment, featuring the Jeremih-assisted “Rebel” and “Might Let You” featuring Davido. Tink has not only proved herself to be an undeniable force that breaks boundaries but a beacon of hope for women alike.

The R&B singer’s development and promise are on full display in her latest album Pillow Talk, which was released in August. This 16-song collection demonstrates that she is capable of more than simply singing; it is the most open and vulnerable she has ever been in a recording, taking the album to a level beyond that of just music. The album’s tracks are executive produced by multi-platinum producer Hitmaka and include an incredible lineup of features like 2 Chainz, Toosii, Fabolous, G Herbo, Muni Long, and others. Debuting at #42 on the Billboard charts, Pillow Talk is a testament to her hard work and dedication, and her decade-long journey of cultivating an audience is finally paying off.

Ahead, we had the pleasure of chatting with Tink regarding her new album Pillow Talk, being a household name and role model for young women, and how to navigate modern love and dating among other topics. Continue scrolling to read our conversation.

Hey Tink! Congratulations on the recent release of Pillow Talk. This album contains some of the relatableness and vulnerability that day one fans fell in love with you for while also showcasing a new side of your artistry. How do you feel about all the support it’s received so far?

I feel great about the support for Pillow Talk. It debuted at #42 on Billboard, which is the highest I’ve charted thus far. As an independent artist that means a lot. My audience is growing and that positive feedback keeps me working.

Elsewhere, you explore moments of self-discovery and recognizing your power on tracks like “25 Reasons Interlude” and “I Choose Me.” For you, what makes songs like these so special despite how emotionally baring they can be?

I think what makes songs like “25 Reasons” and “I Choose Me” so special is the vulnerability in them. Both songs are sung over a guitar and for me, that’s when I’m able to really connect with the lyrics. When the production is raw and bare it just hits different. It’s almost like poetry.

Growing up, especially in high school, all the women that I know had at least one Tink song or album somewhere on their playlists. How does it feel to still be a beacon of hope for so many women after all these years?

It’s amazing to still be here creating and reaching the girls. A lot of my fans grew up with me. Since grade school, they’ve been supporting me. So that’s really cool, when people can watch my journey and understand every part of it. My shows are a lot of fun because we can go back and bond over those early days. I love my fans so much … because they truly get me. And as a woman, we can share our stories without judgment. That’s the best part.

Even looking back on your debut project, Winter’s Diary, you’ve evolved so much both musically and personally yet you still remain one of R&B’s most beloved names among the younger generation. What’s your secret to maintaining your youthfulness?

In order to really maintain that youthfulness, you have to be open. I’m open to the new. I’m still very close to the streets so I know what’s going on outside. I’m not lost in a Hollywood mentality. And people can feel that. I love the new generation and the way they are so fearless. My music feels the same way. It’s uncut and Very unapologetic. So we mesh perfect.

Through this project, you explore various different forms of love and heartbreak. I’m curious to know what’s your definition of love and if it’s changed over the years, whether it be through past relationships or witnessing others.

I used to think love was based off of one thing: being in a relationship and committing your entire life to someone. It wasn’t until recently I feel like my eyes were opened to what it really is. It has nothing to do with titles. It’s more about respect and the depth of the bond, how far a person goes to make you feel comfortable. I feel like I used to force love, to the point I didn’t enjoy it. I wanted it to look like the movies, but in reality, it looks different for everyone.

That being said, what advice would you give to young women in regard to navigating modern love considering that social media and the internet can often be deceiving?

My advice to young women in regards to modern love is to take everything as slow as you can. Really get to know people before you make decisions, because social media is a lie. Reality is always a different picture. And I do believe love exists, but you have to put the time in to really find it. So Date. Date as much as you can. Live your life, so when it comes your way, you know

With the album in the rearview, what are you looking forward to next? Is there anything topic or genre that you haven’t explored yet that you would maybe want to in the future?

In the future, I’m hoping to really dig deeper into my life. I put a lot of my stories into my music but there’s still pieces of me I haven’t exposed. I want to make an album where I express my upbringing and give people a look into who I am, outside of love. There’s so many layers, I know it’ll bring my fans even closer.