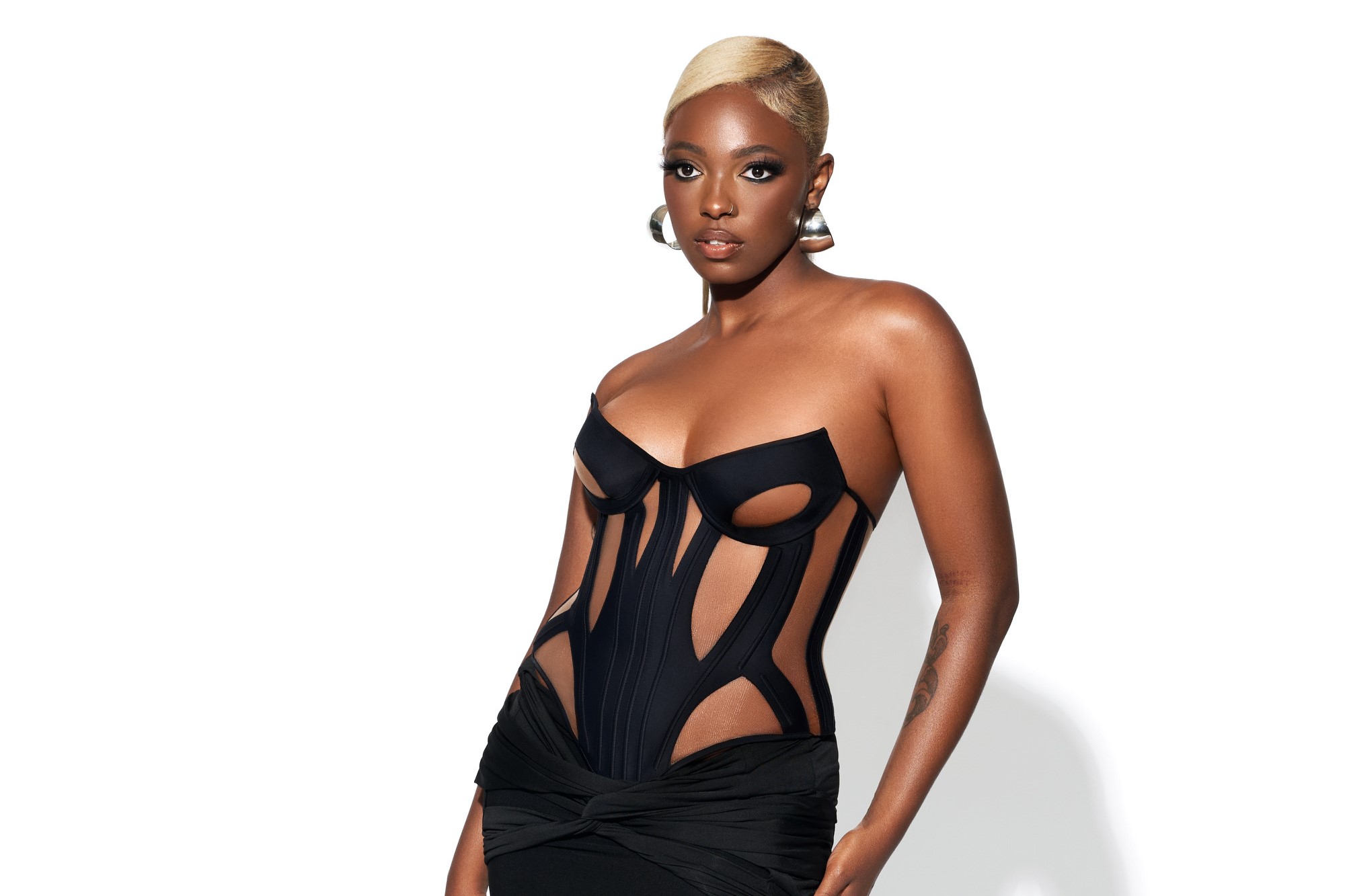 SixSaidIt Talks Her New LP ‘Outside II,’ Advice For Women In Music, and More

Although the musical landscape has changed dramatically over the last decade, hip-hop culture remains just as vibrant and influential as it was then. Having lived in three of the largest cultural hubs across the globe, SixSaidIt offers a refreshing take on the genre. The UK-Nigerian musician hit the scene in 2019 with the debut of her “Buckhead Freestyle,” and since then, things have been taking off.

In 2020, she shared her 7-song project Outside, which garnered praise and acclaim from fans alike. It’s characterized by songs like “Good Witch of the North” and “Spicy,” laying the groundwork for her future endeavors. Since then, Six has amassed a vast fanbase thanks to her ability to draw in listeners with recognizable elements before enticing them with the revelation of various sub-genres to which they had previously been oblivious.

Earlier this year, SixSaidIt graced her fanbase with the release of Outside II, a long-awaited follow-up to the project’s first installment. Joined by previously released cuts “Little Bit” and “Lagos is Burning (Mirror Mirror),” the 13-track builds on her growing catalog and laminates her as one of this year’s most exciting acts to keep an eye on. It doesn’t constrain itself to one sound, but rather a multitude that pays homage to her roots and forward-thinking sound. Records like the Afropop-infused “Choosey” and “Sad Girl Music” is just a few of the songs that highlight her phenomenal talent.

On the heels of her sophomore project, SixSaidIt chats with us regarding Outside II, her evolution as a musician, and advice for aspiring artists among other topics. Continue scrolling to read our conversation.

Congrats on the release of Outside II! How do you feel about the reception that it’s been receiving so far?

Thank you so much! I’m just grateful that people are vibing to it and sharing the experience with their friends. I definitely took a lot of risks on this project in order to truly showcase who I am as an artist and I’m just happy that people are excited to know more.

As we learn more about you, it’s clear that you’ve been able to pull from a multitude of sounds and landscapes, whether it be your British-Nigerian background or current residence in Los Angeles. How, if at all, has your experience living in these different areas contributed to the project?

My background and personal experiences are always at the center of my music. It wouldn’t be a Six project if there isn’t some sort of representation of where I’m from and the cultures that I experienced. Throughout the project, especially on songs like “Greasy,” “Choosey,” and “Branama,” I tried to create a fusion of different sounds and references that tell a story of who I am.

Going back to your first full-length project, this release sets itself apart both sonically and lyrically. When reflecting on your evolution as an artist, what are you most proud of about this stage in your career?

I’m really proud of my decision to stick to what I know and finally putting full trust and faith into my artistic ability. The moment I silenced my self-doubt and external opinions on what I should and shouldn’t do next, I was able to create freely and unapologetically.

For the pre-release singles and album art as well, you worked with Poi who we had the pleasure of previously interviewing. What is it about her illustration that you feel was perfect for this particular body of work?

She’s just super dope and unique. I feel like Keely’s interpretation of her subjects, whether it be commission based or personal, is always an amplified version of them but also simultaneously a reflection of their inner personality. I feel like she did a phenomenal job in creating SixSaidIt’s figurine and really portrayed the essence of both my single “Choosey” and album Outside II.

Beyond that, one of my favorite records from the project is “Fraustar,” could you share the origin story behind how it came about?

It was inspired by someone I follow on Instagram. There was a week, it must’ve been someone’s birthday, where I just saw them and their crew spend an insane amount of money in Miami and turned around and continued their lavishly flamboyant lifestyles in Brooklyn unscathed. And since then, there hasn’t been a lapse in their flex. No one knows what they do, but yet in that flamboyance and arrogance, it creates a sense of celebrity, hence the title “FraudSTAR.” If you know scammers, you know that eventually, the jig is up, and what they do is not sustainable, but when you are hardworking, self-made, and unapologetically rich, you can maintain that lifestyle and have fun with it.

You’ve achieved and experienced so much in a short amount of time, and things will only get better from here. What advice would you give people coming into the industry, especially women?

Wow, thank you! Sometimes when you start this journey you never get to slow down and appreciate all of what you’ve accomplished and experienced so far. You become so fixated on what’s next and today’s digital age certainly does not help. With that being said my best advice I can give is 1: Just start. Don’t wait on things to be perfect, don’t wait on some magical stars to align. Put whatever it is out! The people and opportunities will come but withholding the magic you created will only eat you up inside.

2: Ladies, stand your ground. Outside of the music world, we are already being policed about every little thing we do. Don’t let that manipulation infiltrate your art. Be who you want to be. No one else’s opinion matters more than your own

With this project in the rearview, what are you looking forward to next in regard to promoting the project and closing out the year?

I’m honestly hoping to do more shows, hopefully some festivals towards the end of the year and I’d also like to connect with other artists on potential remixes! Most of all though I truly hope to connect more with my supporters in different cities around the world whether it be virtually or in person.