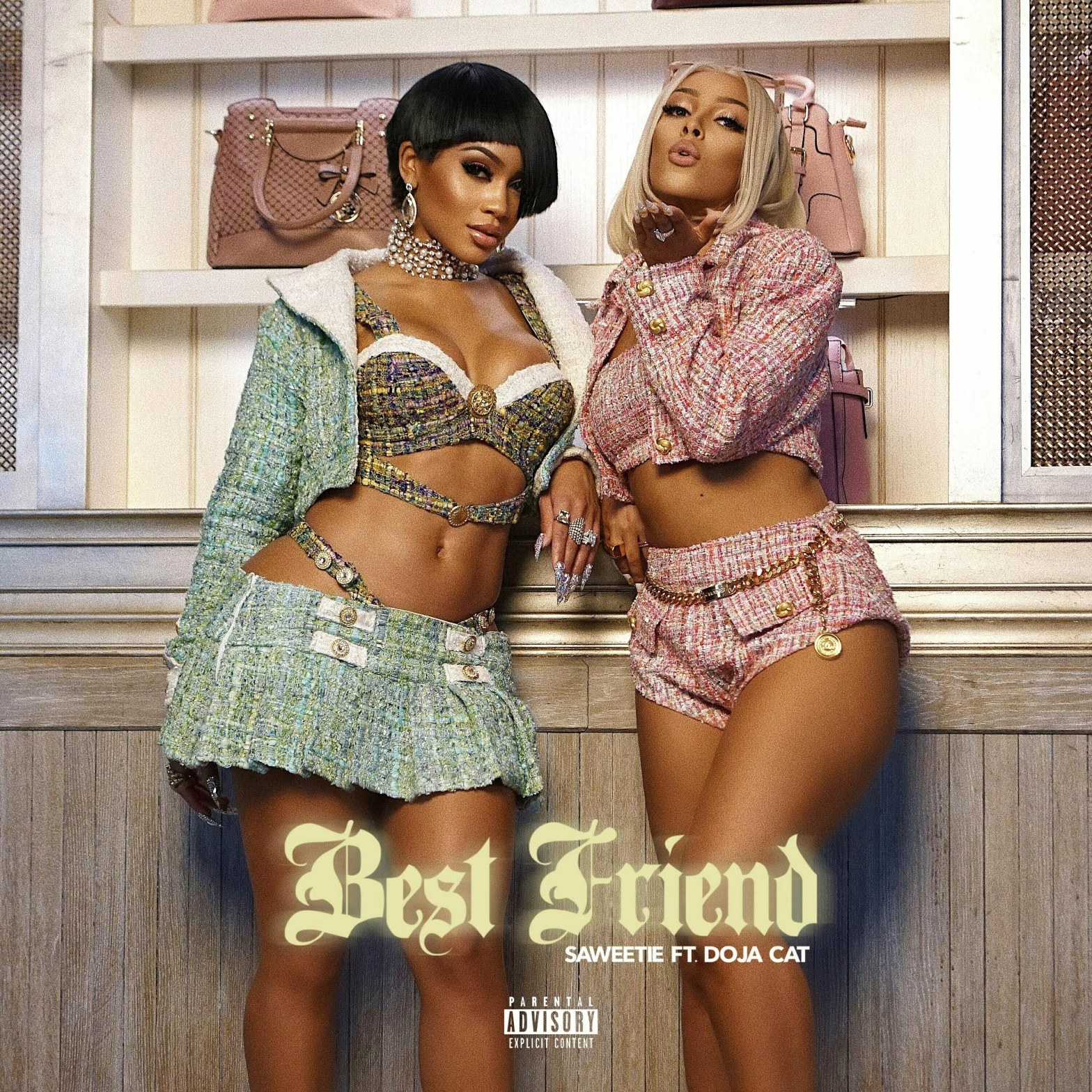 Multi-platinum artist and global trendsetter Saweetie returns with her club-ready banger “Best Friend,” featuring Doja Cat. An empowering anthem, “Best Friend” is primed for the most wild girls’ night out (or in).

The chemistry and confidence of these two rising superstars pumping each other up is undeniable, a perfect prelude to Saweetie’s forthcoming debut album Pretty B*tch Music via ICY/Warner Records

“Best Friend” continues her streak of anthemic collaborations and chart domination. Over the summer, she dropped the thundering “Tap In” remix with DaBaby, Post Malone, and Jack Harlow, accompanied by an animated music video. Most recent was her Billboard-charting, Jhené Aiko-assisted single, “Back to the Streets.”

With production from Timbaland, Danja, Lil John, Murda Beatz, and more, Pretty Btch Music is the soundtrack to Saweetie’s inspiring movement, which encourages all women to define their own “pretty.” She’s mentioned before that her empowered definition of B*tch = Boss. Independent. Tough. CEO. Hyphy. “Best Friend” is yet another single that manages to embody all of those attributes—and more—in under 3 minutes.

In other music news, check out our interview with Sacramento songstress Allyn.