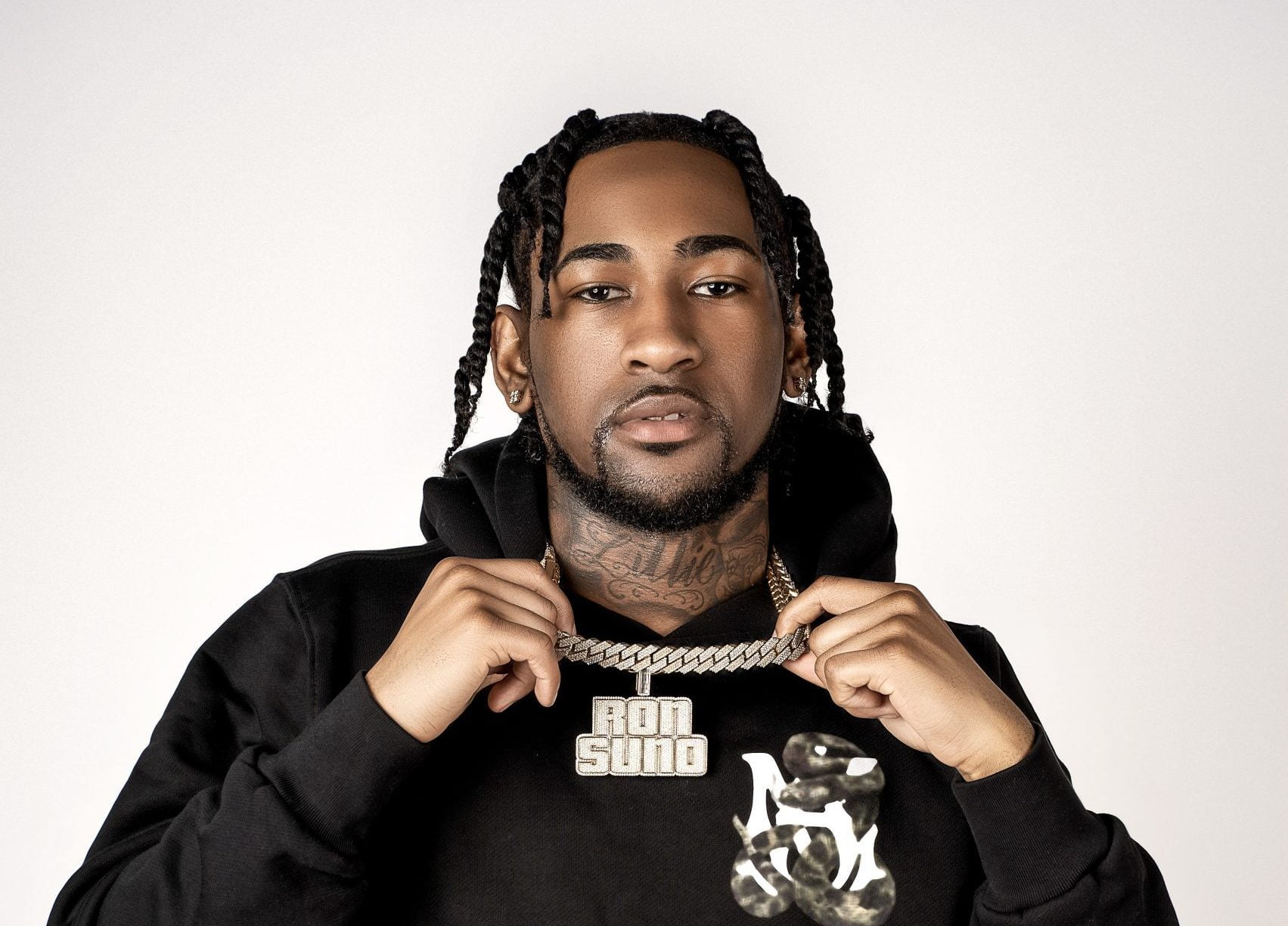 Ron Suno: The ‘Jokes Up’ Interview

Many may know Ron Suno for his viral skits or his 2020 hit single “Pinocchio,” but it’s much deeper than what you see at surface level. The Brooklyn-raised rapper has a story to tell. Last year, he was dubbed a “comedian drill rapper” but now, Ron Suno demands the same respect as his peers and puts all his hard work on display with his latest offering.

With his new project Jokes Up, Ron Suno puts comedy behind him and steps into a new, and more serious limelight in the drill scene. Throughout the project, he’s continuously reintroducing himself and delving into the struggles and adversities that led to his success. Not to mention, Ron Suno enlists a handful of names such as DDG, Fetty Wap, Sheff G, and Jay Critch. Overall, the result is a major step up from his previous works and finds the New York emcee putting his own spin on drill music.

We had the opportunity to chat with Ron Suno about breaking out the box, his new project Jokes Up, being outside after the pandemic, and much more! Check it out below.

Last year, you had “Pinocchio” going crazy and Swag Like Mike, what’s new about this project?

With this project, it’s a new sound. Last year, I just started up and I was going through the phases of learning and traveling. Now, I’m older and I’m getting money now so people getting to really see my personality and what I’m doing in life right now. Instead of people trying to figure out Ron Suno is, they’re going to see who I am here.

Tell me a bit about the project title, why did you name it Jokes Up?

Just me transitioning from comedy to rap. I feel like my lane, where I started from, people just know me for my skits and personality. With Jokes Up, it’s like a more serious side to me that people aren’t really used to. I’m giving them a new flavor, a new trend from Ron Suno. It’s like I’m getting older, my perspective is changing, and I got a lot of shit that I want to get done.

You also have a song with DDG, “Wraith,” what was it like putting that together and working with him?

Good looking, that’s my favorite song on there too. He’s fire, genuine energy. You know we both come from similar backgrounds, he came up from YouTube and I came up from comedy. We both got the same passion so I respect his grind.

Obviously, the New York drill scene is really hot right now, and you’re arguably one of the biggest artists coming out of the Bronx. What would you say you’ve contributed to NY’s new rap scene?

I can imagine there’s a lot of competition and jealousy now that you’ve blown up. What are some of the pros and cons of being a drill rapper?

Me personally, I feel like people try to settle with one category. I feel like with drill, you can do different types of sounds like melodic, love, and so on. I feel like when people think of drill, they think of one sound. I got my own type of music, fuck it, Ron Suno drill.

I read that this time around you took your time and wrote some of the lyrics to songs, how has your pen game evolved since you first started making music?

Most definitely, I got real music on this project. I’m in my bag, talking about the struggle and me being broke and coming from poverty. Basically, what I used to do, I would come in there and do the hook then freestyle.

As far as 2021 goes, do you have anything else coming down the pipeline? Are you doing any festivals shows this year?

I feel like we picking up where we left off at. With “Pinocchio,” outside was still open and when quarantine was around we were going crazy. Now that it’s over, we can do the same thing again like we did last year. Most definitely, we’re doing shows, we’re outside! That’s my lingo, I live by that. Every day, 24/7.

All your fans are excited to see you now that the pandemic is coming to a close, what message would you like to give to all your day one supporters?

My advice to my fans would be to stay true to yourself. The only person that can stop you is you. When you focus on yourself, you can achieve anything you put your mind to.