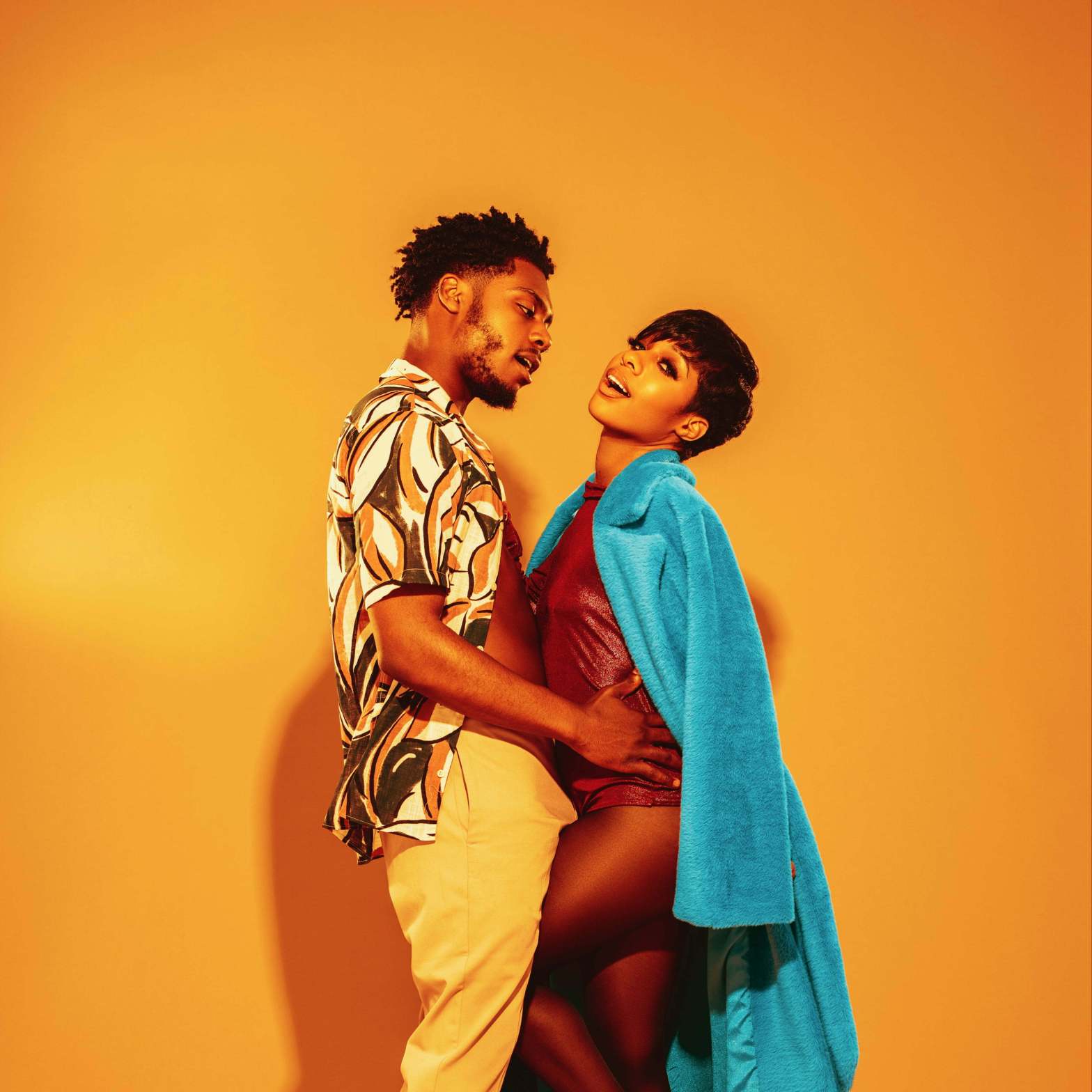 This past month, Jawan x Tiffany looked to soothe hearts and minds with their live acoustic rendition of Marvin Gaye’s 1971 single “Mercy Mercy Me.”  The black-and-white visual took place in Atlanta amid several protests following the unfortunate deaths of George Floyd and Breonna Taylor.

Today, Jawan x Tifanny unveil their much-awaited debut single, “Finally.” Speakng on the record, Jawan stated: “The inspiration for the record was based on the early stages of our relationship. When we were just friends and when we ‘Finally’ gave in to what we were feeling for each other.” Check out our exclusive interview with Jawan x Tiffany below.

Both of your respective careers date back to over a decade ago, what keeps the two of you striving for greatness?

JAWAN: I think what really helps me to strive is the trial and error that I’ve come across. Knowing that I was introduced to the industry at such a young age, I was taken advantage of due to a lack of knowledge. And over the course of time, I used that as fuel on my journey.

TIFFANY: I definitely second what Jawan just said, as well as always reminding myself that there’s no limit to getting better, gaining more wisdom and knowledge for the future. There’s always something to conquer and strive for as we continue our journies and knowing that learning and growing starts with humility.

Compared to back then, how has the R&B scene changed?

JAWAN: Well, I feel like this generation is more hesitant to be vulnerable. I think it has a lot to do with hip-hop overshadowing the R&B world causing our generation to lose touch with the roots of what R&B really is. For instance, I’m not afraid to cry in front of my woman or speak up on things that bother me. Everyone wants to display this hard exterior and it’s not needed all the time.  I want to be able to encourage our people that it’s okay to love and that it’s okay to love even when you’re feeling misunderstood. And I would like to showcase that in our music and but also have fun with it.

TIFFANY: Music changes just like seasons change. So to me, it’s inevitable that we’re going to go through a season where things start to look, sound, and feel different. Hip-hop definitely has a heavy influence on the way that R&B music is processed nowadays. I personally feel the “New R&B” has a bit of an edge to it. People are being more explicit in the way they describe their stories now. However, I do feel like there is a lot of great R&B staying true to the essence of it but also growing as the times change and keeping it fresh. Artists like Lucky Daye, Victoria Monet, SZA, and so on are doing a great job at it and I believe Jawan x Tiffany can do the same.

In terms of longevity, what would you say is the most impactful thing you can do as an artist?

JAWAN: If you allow the industry to tell it, doing whatever it takes to stay relevant and all of these other unnecessary things matter most, but contrary to popular belief I believe it’s staying true to yourself that is all that matters.

TIFFANY: I agree. I also believe that doing what we can to pull others up is very important. It’s really not just about accolades, record sales, party and bullshit. All of that stuff feels nice in the moment but it doesn’t last. What lasts is being able to have peace of mind and coming to know yourself and knowing that you’re enough. Accolades or not.

When did you two meet and if you can recall, what were your initial thoughts on each other?

JAWAN: We ended up meeting through a mutual friend. I pulled up to one of her studio sessions a few years ago in Atlanta. Fast forward, she invited me to her next session and we ended up talking for a few hours afterwards. We got to hear each other stories, we just got close and I wanted her in my life ever since.

TIFFANY: I’ve always known about Jawan since he started and I always used to say to myself “Who is this boy out here singing better than me?” haha. Quiet as kept, I always knew we would cross paths but it’s just crazy timing how and when we did. When I met him he gave me the most genuine bear hug and that’s when I said, “Man, he’s pure. I wanna be his friend.” Ever since then, we spent a lot of time talking and hanging out, and he became my best friend.

Back in June, you two collaborated on an acoustic cover of Marvin Gaye’s “Mercy Mercy Me.” Why did you feel it was the perfect time to put out that record?

TIFFANY: We filmed the acoustic video out in Atlanta at Crossover Entertainment studios. I remember that day bringing people together that we would have never thought could be in the same room with each other. It was powerful and being that the record speaks to a lot of the injustices and sorrows that have gone on in the world past and present. It was needed. The words that Marvin wrote and sang to our community, are so deep and moving, we felt it was the best way to release our inner emotions and thoughts about the current state of everything right now.

JAWAN: For me, to know that I’m a Black man and there’s so many of us that are in pain, hurting because of the lack of love and respect that we’ve been crying out for. My overall message is we all have to turn to the almighty God to help heal our hearts. Marvin’s words spoke on unity and fixing the damage before it’s too late. It was the perfect song for us to use our voices with.

Can you explain how crucial unity is during times like these?

TIFFANY: Without unity, we’re divided. And we all know the result of chaos and confusion. It’s all the enemy’s plan to keep us from making progress, to keep us from the Love God says is there for us. In order to reach it, we must be on one accord. Hand in hand. It won’t work any other way.

JAWAN: Unity is our strength. Every now and then, I look on social media and I see how people tear down one another. We gotta build each other up now more than ever. Our lives depend on it.

Whether it be in the studio or going on about your lives, what’s the chemistry like between the two of you?

JAWAN: Sometimes it’s hard to focus cause we always entertaining each other. When I’m with Tiffany my guard is down and she unlocks a secret place in my heart where there’s a big soft spot for her. We play around a lot, jokes and pranks, dumb stuff that couples do when no ones watching. I love when she cooks for me too, she throws down.

TIFFANY: I would say we’re super spontaneous and adventurous. I love to have fun with him! I’m always kissing on him no matter where we are. It’s crazy because he brought out this very affectionate side of me that I didn’t even know I had. We’re also food lovers, so we do a lot of cooking and exploring different restaurants together.

Talk to me about your debut single “Finally,” how did the record come about? What’s the inspiration behind it?

JAWAN: A few years back Tiffany played the track for me and I instantly said to her this gotta be the record for us. The inspiration for the record was based on the early stages of our relationship. When we were just friends and when we ‘Finally’ gave in to what we were feeling for each other.

TIFFANY: The track always felt amazing every time I played it. It gave me the chills. It was produced by this producer by the name of Crazy T out of Berlin, Germany. Shouts out to him! But I always knew it was special because it took us two years to put our feelings on wax. When we finally recorded it, we were like “Woah.” We did it.

It serves as a precursor to your forthcoming joint project, what all can we expect to hear on that?

TIFFANY: Expect to hear a lot of Black love stories. Harmonies. Arrangements for yo life! The project is such a piece of work and a vibe. Even though you’ll hear a lot of sensuality and vulnerability, expect us to have fun with it as well.

JAWAN: You can most certainly expect happy stories and also the truth about our relationship like all relationships. Everything is not going to be perfect. So you can expect real emotions.  However, we just have feel-good music overall and we look deeply into our roots of R&B with this project we have.

Lastly, can you two tell me the importance of black love?

JAWAN: Black love is so important to me because people look at us like we’re the bottom and like we’re riddled with so many issues. But all we really want is to be loved and respected. Valued. After all, we’re the ones truly leading the culture.

TIFFANY: And we deserve to be recognized. There are so many great reasons to love Black men and women and children and our culture. Before we can get it from anyone else, we have to give that to each other. And it starts at home.