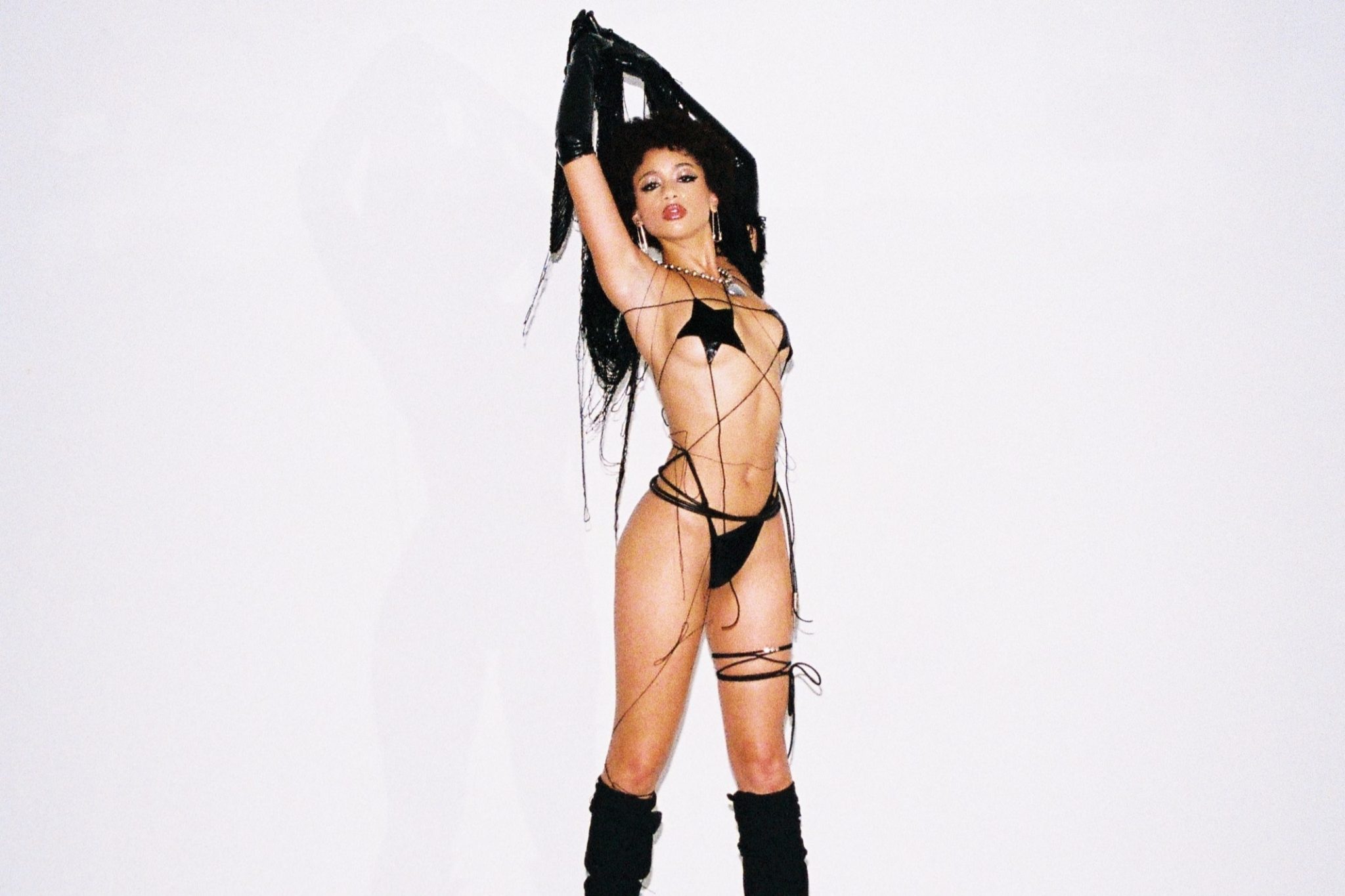 Through experimental R&B, MON3T shows that she’s in charge of building the framework for years to come while traversing the uncharted waters of the music industry and her personal affairs. She’s a visionary storyteller who believes that the best musicians create a world for their fans to inhabit. The burgeoning starlet accomplishes just that in her newest song, “Angel.”

“In ‘Angel,’ my goal was to step further into the edge and intensity of the Gothic half of my Gothic-R&B,” she explains. “It’s grittier, the instruments are more industrial in my opinion and the pacing of the record is slower and more vulnerable. I see it as a true introduction to this genre I am creating.”

The five-minute song opens with heaving synths and punctuating kicks as the songstress graces us with her ethereal vocals. MON3T is bringing us all along on her path of self-discovery with words that are jagged and direct from the soul, a voice that is soft and lyrical and that washes over you as you listen, and an aesthetic that spans time periods. “Angel” follows a string of releases put out over the past year, continuing the musician’s DIY approach of self-production and creating a genre of her own.

Listen to MON3T’s new single “Angel” below and continue scrolling to read our conversation regarding the making of the record, reinventing herself as an artist, and how fashion pervades her creative expression among other topics.

Let’s begin with the new song, “Angel”—talk to us about the inspiration behind it and how the record came to be.

“Angel” surprised me with how organically it came together. Usually, my process begins with the production, which then informs the subject matter – but in this case, each component presented itself simultaneously. I had recently been to a performance by Mia Carucci that my friend Nathan played guitar in. The way that she was staged was truly angelic, with this soft white spotlight illuminating her from above. Something about her and the performance transfixed me and I knew that I could reference it in my writing.

At the same time, I had just started working on a beat and had maybe four or five of the instruments laid. Immediately I began singing what would become the chorus for “Angel” with that show in mind and the rest followed. It became a story of longing, not for her directly, but for the purity and elegance that she represented – this desire to be taken to Heaven and made whole.

Production-wise, the single sets itself apart from your previous releases while maintaining some of the heavy instrumental components seen in “Slipping.” Can you tell us a bit more about that?

Absolutely. I have been producing my own music for the past year with the intention of pushing it into this darker place. I consider “Slipping” to be a bridge between the more commercial aspects of Pop or R&B with a few elements of more alternative music. In “Angel,” my goal was to step further into the edge and intensity of the Gothic half of my Gothic-R&B. It’s grittier, the instruments are more industrial in my opinion and the pacing of the record is slower and more vulnerable. I see it as a true introduction to this genre I am creating.

What were some of the thoughts and feelings that came as a result of making the song, and ultimately, what emotions do you want to evoke from listeners after they hear it?

I was genuinely surprised by how the record unfolded and how it immediately felt as though I had known this record my whole life, which sounds head-assey for sure but it’s the truth. There was one night I just sat and listened to the production and I found myself really crying because something about it touched some deeper, subconscious part of myself. I really don’t know how to describe it but it felt like the most melancholy self-embrace.

As for the writing, I left it up to interpretation a bit. Though it was not inspired by love, it could be read as a love song between the pure angel and the weary sinner, or it could simply be about longing generally. Really I hope that whatever chord it strikes in the listener, they walk away from it thinking that it is beautiful.

Something I really admire about your work is how you’re able to strike a great balance between R&B, concept, and experimental sensibilities. How would you describe this current chapter in your artistry?

I really appreciate you saying that. I’m honestly figuring it out. I’m committed to experimenting more and developing my identity in each of these landscapes, but I also want to see this go beyond what I am able to accomplish on my own. I would love for my music to proliferate as it is but I also want to find that perfect balance that would allow me to bring it into a more commercial space without necessarily conforming to what is already widely available. All of that is to day that it’s very much a day-by-day process. I believe I’m on the precipice of something exciting and I’m anxious to do more work.

Beyond music, can you talk about how you use other mediums such as style and beauty as a form of creative expression?

I’ve always seen beauty and style as critical to my creative expression but it wasn’t until recently that I’ve really pushed myself to develop those elements with intention. I had to realize first and foremost that I am not solely a musician, but an overall creative. I can visualize those aspects of my artistry beyond the abstract, and I have the true desire to execute those ideas myself. I am starting to see and engage in my bigger picture. My style and aesthetic are inextricably linked to my music and they all inform one another to create the cohesion I hope fans see and resonate with.

In terms of fashion, who are some of your current style influencers, whether it be people or eras in time?

I’ll always be obsessed with The Matrix and the way in which the costume designer, Kym Barrett, brought the underground and counter-culture elements of that style into the mainstream. I am also equally obsessed with the sluttiness of the 2000s and how hypersexual (and absolutely ridiculous) that time was for women’s fashion. Most of my looks aim to strike a balance between those two. I want the edge and darkness of more gothic-leaning fashion, with the femininity of that 2000 to 2005 era. I’ve started making my own pieces to accomplish that and it’s genuinely been so much fun creating one-of-ones for myself in real-time.

With the year coming to a close soon, what are you looking forward to in the next few months, whether it be musically or personally?

I am really excited to turn up the heat. I’m very proud of the work I’ve done thus far but I know that there is so much more to come. I have recently reintroduced myself as MON3T and with that comes the opportunity to truly establish who I am and who I want to become. I’m ready to keep working and pushing this as far as it can go.