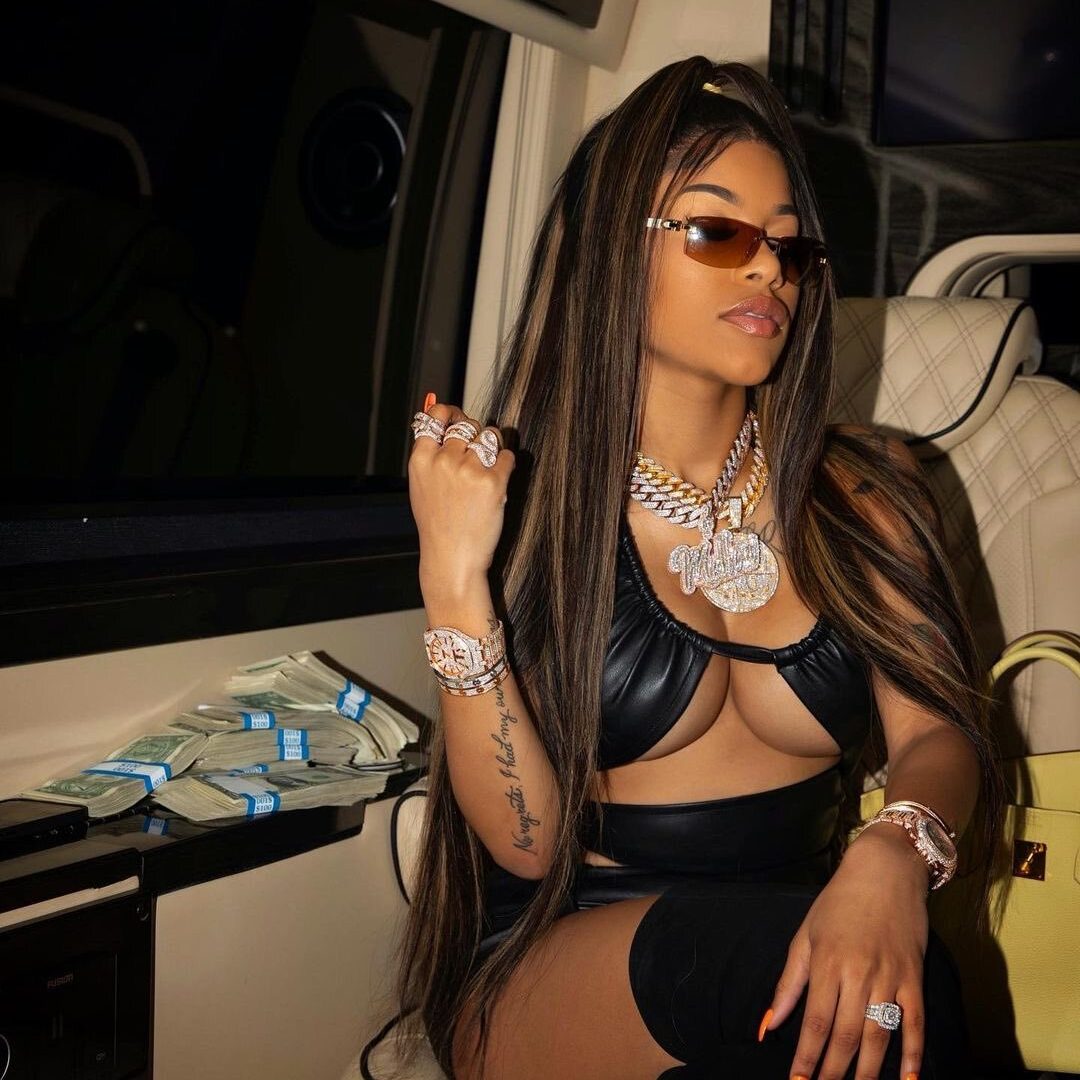 South Florida constantly has a new wave of rappers taking over from the South. Rising stars from the Sunshine State are racking up millions of plays and cult-like fanbases, with Mellow Rackz being the latest and greatest.

At just 19-years-old, Mellow Rackz is destined to be a nationally recognized superstar through her energetic, true-to-life lyrics and femme fatale lifestyle. Although it wasn’t always like that for the young emcee. After dropping out of high school, Mellow Rackz realized an education wouldn’t afford her the things she really wanted, she turned to the streets as a young teen. Unfortunately, the perils of street life materialized in her life when she was shot and left for dead. Thankfully, she survived and the outcome birthed survival, a hard work ethic that led to a confident rapper with all the accompanying strut and swagger.

Mellow now uses her music as therapy, and a way to inspire young girls to be determined and resilient on their journey to success. She tells us, ” I want my fans to listen to my music and just feel my pain.” If you haven’t heard of Mellow Rackz, there’s a great chance you’ll see her name everywhere in the near future.

For our latest interview, Mellow Rackz chatted with us about her musical journey, women in hip-hop, motherhood, and a plethora of other topics. Check out the full conversation below!

When did you initially start getting into music and why?

It was just a point in life where something really bad happened to me and I was in the hospital for two months. I had to learn how to walk, talk, and it’s just so funny that I would catch myself humming. I couldn’t talk for like two weeks, but I just found myself humming through the pain. I would make these melodies and it’s so funny because my name is Melody. The nurses would say, “we’re in Melody’s room and she’s making music.” The humming got me through that pain and that’s really how it all started.

What is your favorite part about being from Broward? What’s the energy like there?

I feel like coming up from Broward is so hard. It’s like everybody’s pockets are so tight and to make it out of Broward is so difficult. I really feel like it’s first star.

You recently dropped this amazing single “Diamonds,” what was the inspiration behind that track?

It’s hustlers music, music to uplift women. Girls be taking shit from a man because they can’t leave a situation. It’s all about living your life and making the men follow you, you’re in charge. Women are taking over, that’s definitely a women empowerment song.

How does it feel to be a part of the current moment women in hip-hop are experiencing?

That’s facts, we’re in a time where women are taking over. A lot of the young ones are working really hard, it’s crazy but true.

When young ladies listen to your music, what do you want them to feel or what emotions do you want to elicit out of them?

I just want to inspire people to never stop believing in yourself. When I thought it was over, it was like God closed one door and opened another. Ever since I started walking, I never started running. I used to look for people to guide and validate me, but everything you need to find in yourself. The moment you depend on someone, they can take it away.

What’s some music you’re listening to now other than your own?

As far as music goes, I like listening to songs that have a story. Like I can feel the pain like Rod Wave, he puts his pain on the beat. He’s a new rapper and I fuck with him, EST Gee. I heard he got shot so when I heard someone got shot, I kind of connect with that. I like rap that’s real and everything he says is real.

Speaking of those artists, can you name some of your dream collaborations?

I would honestly say Eminem, Nicki [Minaj], and I fricking love Jack Harlow. I’m in love with him. I’m trying to go his show that’s coming up and maybe I can talk to him. Jack Harlow is so hard to me and I can hear his personally in me.

You also have a son, how does motherhood play a part of your career?

Honestly, with the music, I do this for my son. I come home and play music for my son and he dances to it. It’s really a different feeling and I’m setting up my future for him to get everything he wants.

What can your fans expect from you later this?

I’m not going to lie, I got a lot in store for my fans. I got different genres of music, I’m versatile but I’m going to show them after that party wave. I have a side where I really express my feelings through my music. It explains how I feel and I don’t have any writers. I want my fans to listen to my music and just feel my pain.

If you enjoyed our interview with Mellow Rackz, check out Tay Money!