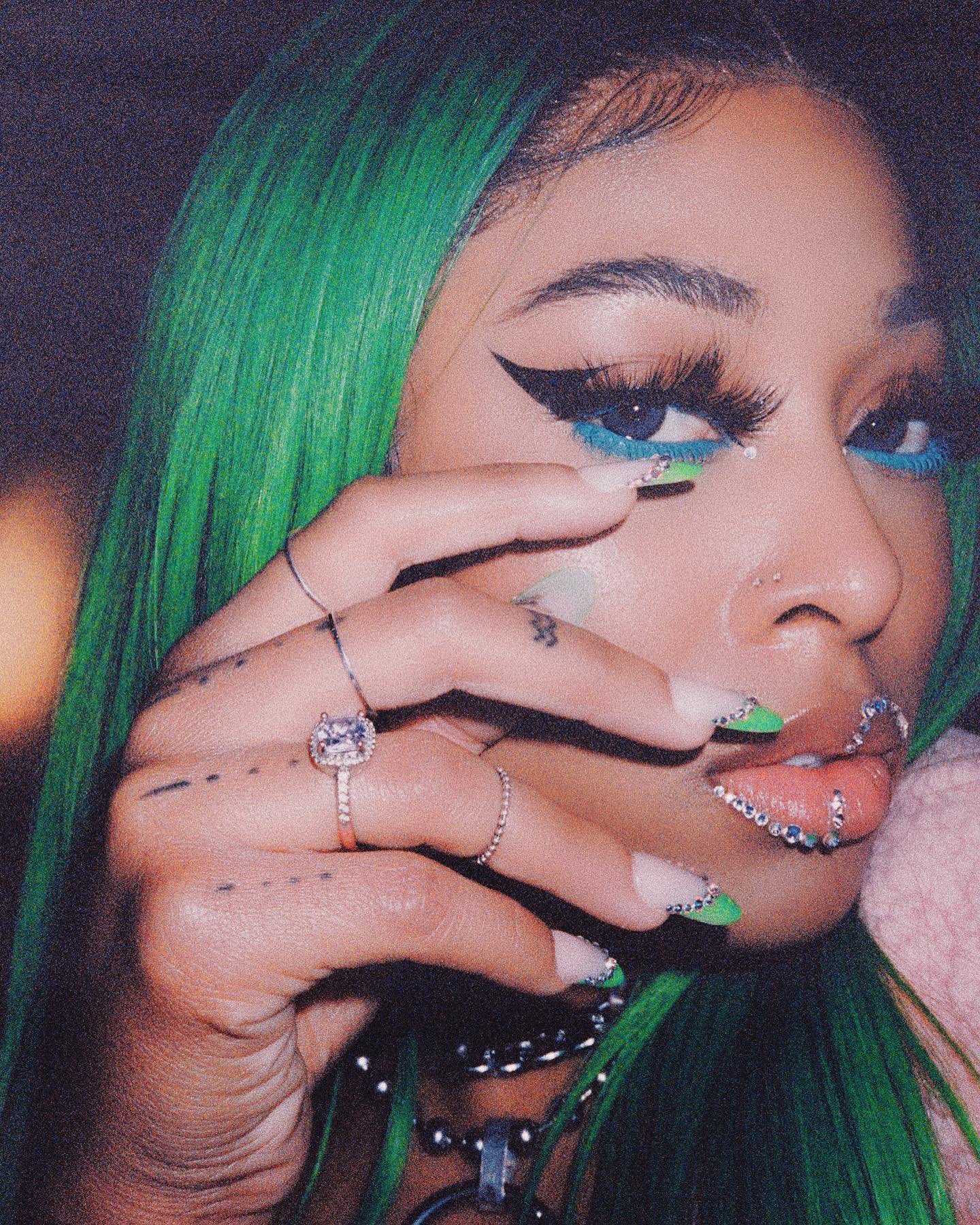 Maya B makes music that touches people. The rising Pop-infused R&B singer-songwriter is innovating the music world, from the creative aspect all the way to visuals and fashion. Based in Los Angeles, Maya B found herself making some major waves after a slew of singles, gaining the attention of fellow artists and fans alike. Now independent, she looks to empower people through her stellar tunes and the short films that accompany them.

In May, Maya B shared her eagerly-awaited debut project, B[1], with the world. The 8-track offering paints a portrait of one of the most radiant voices making waves in the music scene. Songs like “Real Life” and “Don’t Want To Be Invited” capture her expression in a way that’s not only relatable but replayable as well. “I’m a loner at heart and I feel sometimes really isolated and misunderstood at times in this world,” she shares. “So I feel like I have to show that in my music.”

We spoke with Maya B about her putting out her debut EP, connecting with her fans while we wait for concerts to return, and new music amongst other things! Read below.

Tell us a little bit about your latest EP. What was the development process like, and what are some hopes or goals you have for this release?

When it came to B[1], because it was my debut EP, I wanted to choose the right records that showcase me as an artist, but also as a songwriter. I’m a loner at heart and I feel sometimes really isolated and misunderstood at times in this world. So I feel like I have to show that in my music. So I chose records like “Don’t Want To Be Invited” and introduce people to me. I still kind of wanted them to be dressed up as Pop songs so people can sing along and vibe to it too. That was really goal with that, to just be as honest as possible.

Which track on B[1] did you have the most fun making?

A lot of the songs were made the same way, which were me at the studio jamming forever. There was one record, I wouldn’t say it was the most fun, but it was one of the most spiritual experiences I’ve had in the studio. “Next Life” was a one-take recording and after we were done, we all looked at each other and cried. To this day, that session was just magical. And also “Eyes Closed” was fun I’d say because the guitar was done by Soulshock’s son who I want to say was 13 at the time.

We were having a session and he came in and said I learned these chords. I’ve known him for years and he’s never played guitar for us. We made “Eyes Closed” off of it so when you look at the credits, you see his 13-year-old son there.

Can you share with us the significance or meaning of the project’s title?

I was drawing a lot to get my thoughts out and I came across the brackets and really really loved that. The B[1] means in my own little world and also, not being boxed out. I always felt like this world makes you choose one or the other, you can’t really be different. Like because I’m Black, I have to sound like Summer Walker in this industry and if I don’t, it freaks people out. It was kind of like, yeah I’m in my little world, but it’s my little world. The brackets represent you can’t box me in.

The visuals off of the project are fun and out of the box. Who and what are the inspirations behind them?

I love movies and cinematics. I had a vision with my debut project and I knew that I wanted a visual for each song. So we did that and we shot them in two days, it was hectic, I barely had any sleep. At the end of it, we came out with beautiful visuals and the small team of creatives who helped out was such a blessing. I’m just happy they turned out the way they did.

How have you been connecting with your fans and audience lately as we wait for tours and live performances to come back?

I’m so excited for them to come back! I’ve made some digital zines for them online and I’ve seen some of them as their screensavers. So it’s nice to give them something without physically make it or charge them for it. Also, going Live and stuff like that makes my day. Although the real gem is going to be getting back on the stage.

It’s also Black Music Appreciation Month! Who are some artists that you would cite as having a big impact on your career?

So speaking of Black Music month, Soulshock & Karlin are two producers I work with, and they are basically legends. They produced for Tupac, Monica, Brandy, and they’ve been killing. For Black Music Month, we’re working on a thing where I’m remixing their hits. I’ve finished two so far, but they basically sound like my records. I’m just honored to do and it’s really funny because they’re two white Danish guys that produced these hits. I’m thinking about dropping on it SoundCloud, it just feels right.

What other projects besides music are you working on this year that you can share with us?

I have been writing a screenplay. I’ve also been working on a lot of music and a clothing drop. There’s a lot going here, but at the end of the day, music has always been my number one love. Whatever I do is always going to point back to music. When people look at me, I want them to say she does it all but in a good way.

If you enjoyed our interview with Maya B, check out our chat with platinum producer London Cyr!