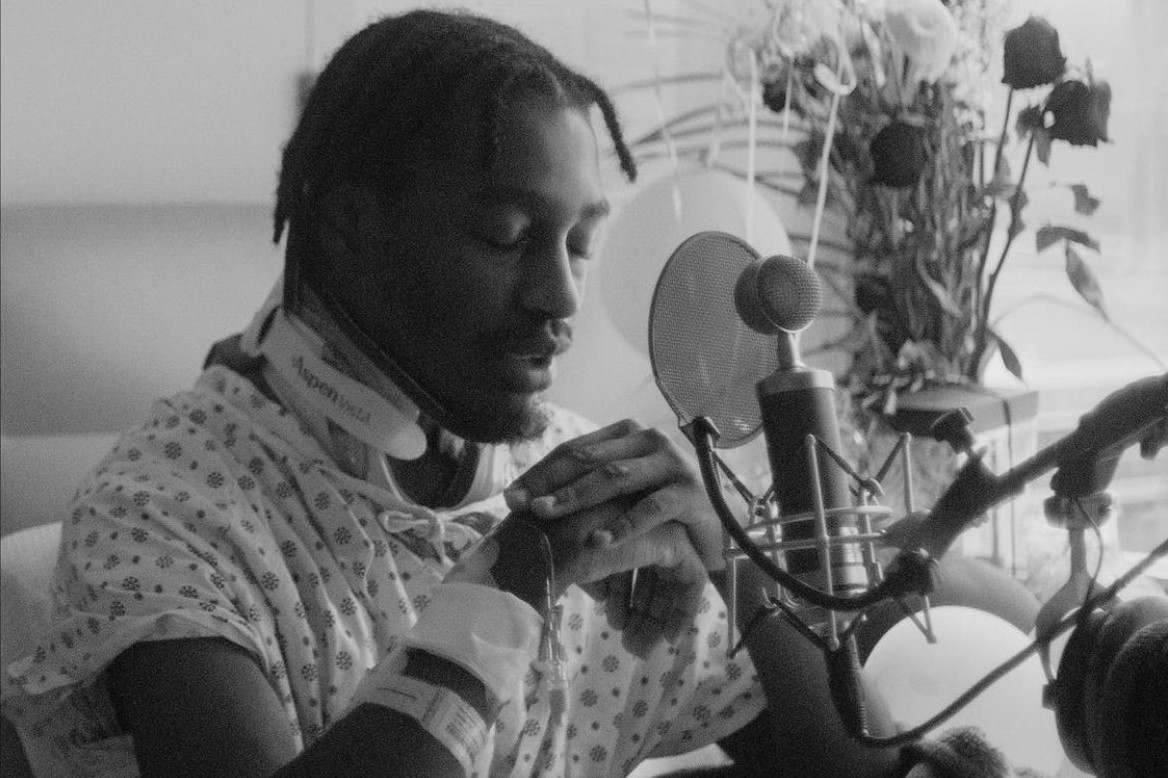 Today, Lil Tjay shares his brand new single and its accompanying video “Beat the Odds.” The record arrives after a billboard in the Bronx said he had come home from the hospital after being shot seven times earlier this year.

The artwork for the record’s cover depicts Tjay in his hospital bed, with a microphone set up in front of him. There was some doubt as to whether or not he would regain the use of his voice, but if he is already recording while in the hospital, however, it seems that his recovery has been pretty swift. In the course of the new record, Lil Tjay raps about his upbringing and the support system he has had in his family, before discussing his initiation into a gang and ultimately choosing a life of crime.

See the trailer for “Beat the Odds” below.

Since he was shot in Edgewater, New Jersey back in June, Lil Tjay delivered his first public statement earlier this week, roughly two months after the incident. In a video that was uploaded to Tjay’s official Instagram account, he revealed that he had survived “seven shots” that he had received in the course of the event. In the video, he can be seen sharing his takeaway from the experience, “I just want to say thanks for the love. Seven shots, it was tough, you know. Most people don’t survive it, but I’m here for a reason. New music coming soon, we’re going to come back stronger than ever.”

On June 22, a local commercial center known as 14 The Promenade was the location of a shooting that took place between the rapper and 22-year-old Antoine Boyd. As a direct consequence of the incident, Lil Tjay required immediate medical attention; hence, the performer can be seen in his newest video wearing what looks to be a medical neck brace. Fortunately, it appears that the rapper will pull through with no injuries that hinder his ability to create music and continue on with his career.

Mohamed Konate, a 27-year-old male involved in the situation, was taken into custody in connection with the crime by the Bergen County Prosecutor’s Office and the New York City Police Department after the news of Tjay’s hospitalization started to spread. He was charged with three counts of aggravated assault, three counts of attempted murder, armed robbery, and another charge linked to firearms. Both Boyd and Jeffrey Valdez, who was also there at the time of the incident and was with Tjay, were taken into custody for illegally possessing a firearm.

Following the aftermath, there has been an outpouring of support for the rapper on social media from both fans and celebrities alike. As expected, frequent collaborator Polo G sent his prayers as well as Bobby Smurda, Fivio Foreign, Jim Jones, Rubi Rose, and a plethora of others.