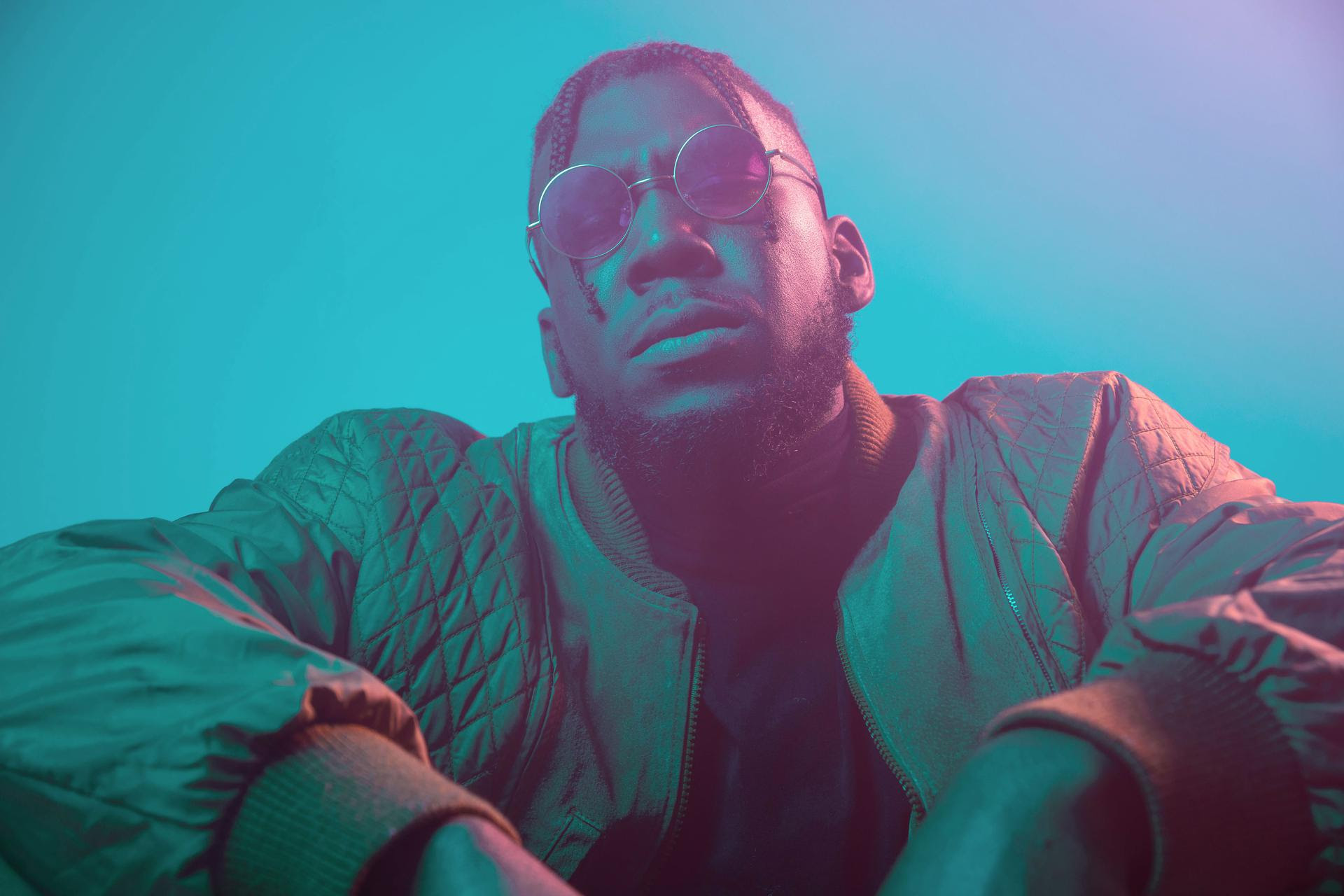 Canada-based starlet King Cruff is ready to be among your favorite artists, combining a wide range of genres to create experimental music that takes you to another realm.

He emerged on the scene in 2019 with the release of “Say Sumn” tailed by a slew of releases the following year, namely tracks like “Blackberry Grove” and “Let Me Forget.” Musically, reggae runs deep in the veins of the Jamaica-born musician; he grew up listening to the likes of Beres Hammond; yet, his current favorites span the whole Black musical diaspora, hinting at the depths to which his stage name alludes. By fusing his interests in hip-hop, reggae, dancehall, and funk, he creates music that challenges the listener’s expectations of what music can sound like.

His latest single, “Samurai Chop,” serves as a slight departure from the sound that he’s cultivated over the years, opting for a more melodic delivery. It also marks Cruff’s first release under his signing to Universal Music Canada and Tuff Gong Collective, a hopeful partnership that continues to lay the foundation for his career. The song is joined by an accompanying video which follows him from the studio to a waterfall as he sings over the feel-good track. With it in the rearview, the Toronto native finally preps his debut project, slated to drop in 2023.

On the heels of his new single, we chat with King Cruff about signing to Tuff Gong Collective, working on his debut project, and his relationship with music growing up. Continue scrolling to read our conversation.

Congratulations on your recent signing, how does it feel to embark on this new stage in your career?

It’s very exciting. It’s a new journey for me. I feel like life kind of moves in chapters so when I signed on with Tuff Gong and UMC that was just a new chapter for me personally. At first, it was a lot to learn. If it’s different from being independent, you know? You have a whole team that you answer to and you have to work with them in collaboration. They’re not ever telling you really what to do. They’re just giving you direction and that’s something new to get used to. I’ve been loving it so far.

Talk to me about the new single that you debuted alongside the announcement, “Samurai Chop.” What inspired that single?

It was kind of a different direction for me. I’m not the type of artist who, when I make a song, I try and replicate it. Just because of how sick that song was, I was like, “let me see if I could do it again.” That kind of sounded similar, it’s kind of pop-y. Usually, when I go to the studio, I think about what’s going on in my life right now. That’s usually the easiest inspiration for me to get from.

It’s a long-winded response, but there was just a lot of partying going on and I was with this group of friends and I feel like they were kind of forcing themselves to enjoy this party life that they weren’t feeling. We’re just looking at everyone else saying, “Oh, this is what everyone else is doing.” Me, I’m a very introverted person ad I’m getting more used to the idea of when a vibe doesn’t fit me, I’m just leaving. I leave the flex and people will text me and be like, “Yo, are you still there?” And I’m like, “Nah.”

So, it’s one of those ones. I kind of felt like “Samurai Chop” lyrically was very happy. It was me talking about, especially in the first verse about if it’s not for me, I believe I’m not really here to get involved in the drama and all that type of stuff. More so, it’s just an extension of that feeling.

The visuals are also super exciting to watch, I feel like they embrace the feel-good vibe of the track. How did all of it come together?

Putting the video together was fun. It’s shot with the boy’s Lighter Juice and they do amazing videos. I’ve worked with them ever since the beginning of like my visual career so it’s very easy to link up with them and be like, “Yo, I have this idea. I’m gonna wear a white outfit and we’re gonna find some waterfalls easily.” Something that I always like doing in my music videos, I like to make it very vague of where I’m at.

So people will call me and be like, “Yo, it looks like you’re in Jamaica when you shot this music video.” It was easy other than the fact that we had to hop some fences to get those waterfall shots but it was scary too. There were some signs like, “Hey, don’t do that.” And I was like guys, anything for the shot. You know? I mean, sorry. Then there’s some other shots from when we were in the studio. I got some of my friends involved. There are cameos from Jeff who’s my photographer and Lucy who does my hair. It came together very nice.

Going back to your childhood, what was your relationship with music growing up?

My relationship with music was very interesting bro. I was very heavy on reggae and dancehall because I grew up in Jamaica right? So that’s just a part of the culture. When I was listening to reggae, I think I’m a very naturally creative person and I really liked storytelling. So I tried to do reggae music, and it just didn’t work. To sing reggae, you have to have a certain vocal range.

Eventually, I got into hip-hop more so in my adolescence because back home, hip-hop takes time to reach. It’s a lot different now because we’re more connected with phones and stuff, and people can get music just like that. So when hip-hop came into the fold, I was probably around 12 or 13 when Kanye and the greats were dropping. I did my own digging, and I got really into MF Doom and I think Tyler, [the Creator] was popping around the time. He was someone I really connected with because he was just weird. When it comes to hip-hop, I really love the storytellers.

In terms of your creative process, how much has changed since you emerged on the scene with “Say Sumn”?

I feel like I’ve definitely focused more on melodies because when I did “Say Sumn,” that was just like straight rap bars. Right now, it’s more melody-focused. Now, I feel like that’s the main thing that changed. I’m still focusing on the lyricism but trying to get that more catchy stuff. I still have some things in the vault that are like in that vein of “Say Sumn,” but I want to diversify myself a little bit.

Beyond this single, what are you looking forward to next with your debut project slated to come out next year?

For the project itself, I kinda have the phrase I keep thinking in my head. It’s chaotic but cohesive. I want it to be a lot of different songs and a lot of different vibes, but somehow still make them match because I feel like the best albums are the albums where you listen to each song and it takes you on a different journey. Not so much of a journey where you can’t go back and feel like you’re lost, you know what I mean?

It’s timeless. I’m like, the worst thing would be for me to put out a project and someone comes to me and be like, “every song sounded the same.” It’s just about spreading across the talent and showing versatility.

Out of curiosity, what are you hoping that your fans or just listeners in general are able to take away from your music?

I want them to take away these songs and reflect it on their own life. I want people to listen to it and be like, “Oh man, how does he know that that’s what I’m going through?” The reason behind that is because want these songs to make people to not invalidate anybody’s feelings, but the fact that you’re going through this and you can listen to a song and hear that someone else is going through the same exact thing. The worst feeling is when you feel like someone’s only happening to you there. I want to take that feeling away from people just for a little bit, just for two minutes or 30 seconds.