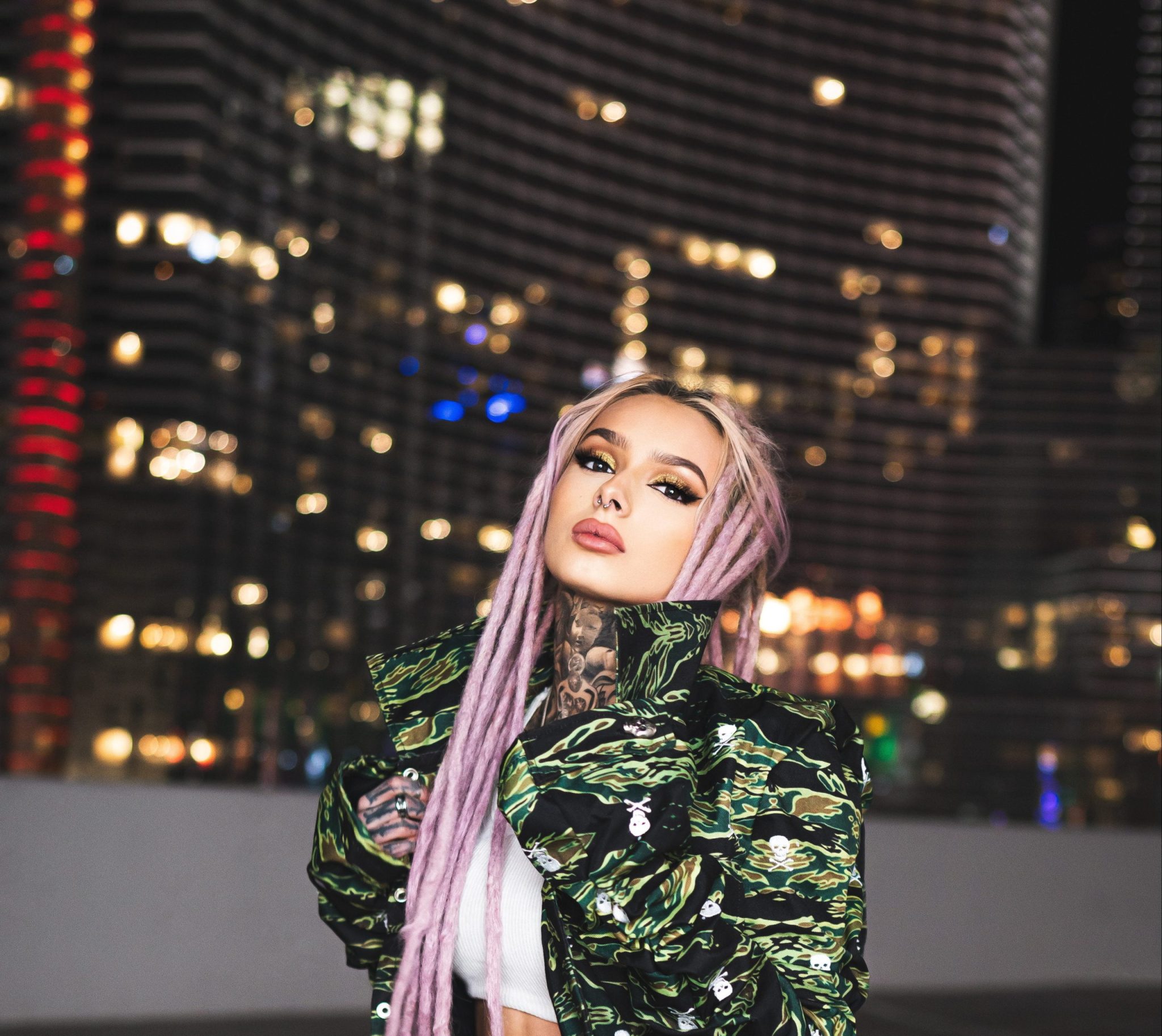 In Conversation With: Zhavia Ward

For Los Angeles singer and songwriter Zhavia Ward, music is an ever-lasting emotional outlet and way to reach the hearts of many. Ever since she can remember, it’s been a quintessential part of her life for not only her, but those who find themselves wrapped in her formidable catalog.

At the age of 16, Zhavia found herself grabbing the attention of audiences alike as a contestant on the singing competition The Four. Her ability to combine immense raw talent and personality ultimately led to her signing a deal with Columbia Records in 2018, followed by being featured on Diplo’s smash hit “Welcome to the Party” alongside many others. The success of that single laid the groundwork for Zhavia’s much-loved debut EP 17, which boasts fan-favorites such as “Candlelight” and the title track “17.”

Much like her presence—colorful locs, a plethora of tattoos, and a penchant for bright color palettes—Zhavia is not afraid to stand out. Fast forward to today, the singer has returned to the limelight as she prepares the release of her eagerly-awaited debut album. “I feel like a lot of time has gone by and I’ve gotten to a space creatively where I feel more comfortable and confident,” she shares. Zhavia featured on Lil Skies’ song “My Baby” earlier this year and most recently, put out her new single “Big Girl$ Don’t Cry” with more on the way.

For our latest interview, we got to chat with Zhavia about her new single “Big Girl$ Don’t Cry,” mental health, tattoos, new music, and much more! Read below.

How has 2021 been for you so far, both personally and professionally?

Great, just been working! Been doing some writing and recording.

What does your typical day-to-day to look like these days? How do you balance music and just making the most of life?

Usually, I start writing around 1 PM and then I finish at 1 AM. For me, it’s more like I’ll need time off to rest so definitely if I’m like going to the studio for two weeks straight every day, it requires some time off in between to just relax. I don’t really do much besides music so if I’m not doing it, I’m just at home sleeping.

Mental health and being confident in your own skin are obviously important to you—not only does it inspire songs like “Big Girl$ Don’t Cry” but also, your presence online. Can you talk a bit about how important those subjects are to you?

I feel like with all of my music, I try to inspire the people who listen to it. Just like, sharing my experiences and encouraging people to believe in themselves. With “Big Girl$ Don’t Cry,” I really wanted to talk about the perspective of going through a break-up but realizing your worth and just having the ultimate confidence in yourself. Also, I want to encourage people to walk away from things that are not beneficial to them and are not holding them back.

I feel like a lot of my songs are pretty open and pretty transparent. Even though I didn’t go through a break recently, we’ve all had those kind of feelings before. I feel like there’s a lot of situations that you can apply that to outside of a relationship. I feel like it was kind of easy to write “Big Girl$ Don’t Cry.”

With that being said, you’ve been introduced to the industry at an early age. If you don’t mind, what were some of the hurdles you had to overcome on your journey to womanhood and finding your sound?

Definitely a lot of experimenting. I’ve been doing music ever since I can remember and it did take me a while to find myself and my writing style as well. I mean, the more I spent on my craft, the easier it gets because that’s pretty much all I focus on. Just finding out what’s important to me to share and make sure it’s heard.

I feel like, especially within the past year in quarantine, it’s kind of forced me to spend even more time on my music. Getting to write new things, work with new people; I definitely feel like my sound has evolved from my first EP.

One thing that just jumps out at me upon first seeing you is your love for tattoos. Which ones are the most meaningful to you and why?

I have a lot of tattoos that are meaningful. I guess my tattoo about my religion; I do believe in God so I have a cross on my chest with angels around it. I also have a portrait. I would say those because God has helped me get through a lot of things in my career and to where I am now.

The tattoo that hurt the most would be my stomach tattoo that says “West Coast.” Everybody asks me what it says, but definitely that one hurt the most. The stomach is very sensitive and on top of that, I have appendicitis so my appendix was swollen the whole time and I didn’t know. It hurt really bad!

I think that speaks volumes to your character. To any young teenager out there hesitating to get their first tat, what would you tell them?

Just make sure you do your research on the artist! Don’t just go to any shop and say “I want a tattoo.” You might have a bad experience so research the artist and get something that you really love or you won’t regret.

You recently did a cover for “Peaches”—are you a big Justin Bieber fan?

Yeah, I definitely think he’s very talented. He’s been through a lot but he’s pushed through it all. I feel like he’s really inspiring.

It’s been just over a year since everyone started living the new normal. Do you have any words for fans that are looking forward to new music or watching you perform when the pandemic is over?

Yes! I’m working slowly but surely on my album. Slowly because I want to make sure I take my time on it and I’m not rushing it. There’s a high demand for music nowadays because it’s so easy for it to be right there in your hands. I want it to be something that I’m proud of and it’s special to me and hopefully my fans. Hopefully, I’ll be touring soon because that’s the second thing that I love about music besides writing it.

When I released my first project, I was 16 and now I’m 20. I feel like a lot of time has gone by and I’ve gotten to a space creatively where I feel more comfortable and confident. Especially with the production because I’ve always wanted hip-hop and modern R&B production. So I’ve worked with a lot of producers that I love and finally have found that sound.

If you enjoyed our interview with Zhavia, check out our conversation with Angeloumae!