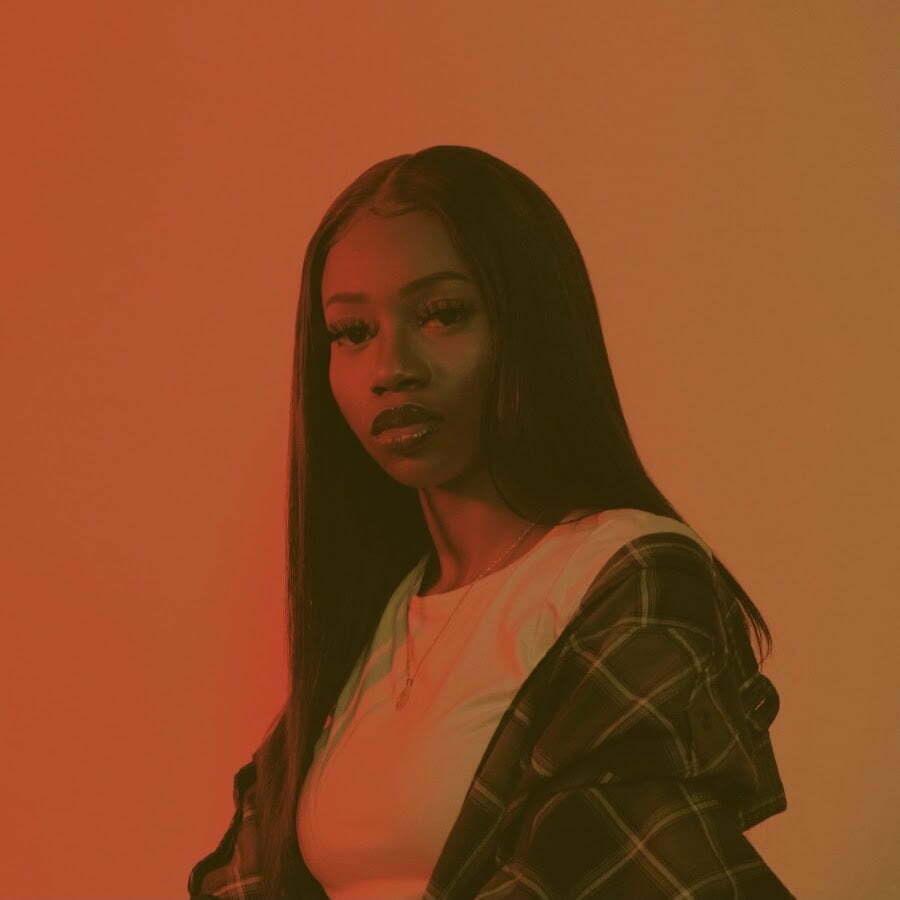 DMV-based songstress, Simi Liadi, has made a name for herself in a short amount of time. Raised in Maryland by way of Nigeria, Simi Liadi hit the ground running back in late 2019, early 2020, with a steady flow of singles into 2021. Some of which include fan favorites, “The Hill” and “Faded.”

While releasing singles, Simi Liadi was also working on her highly anticipated EP, Essence. Which was ultimately released in May 2021. The EP embodies the sound of an individual converting pain to triumph. The subject matter is heavily entrenched in relationship woes and the complexities of love, subjects many mature listeners can resonate with. The young singer undoubtedly has an old soul, and it is evident in her fervent-rich vocals.

Moreover, Through her music, she has consistently showcased a high level of maturity, in subject matter and tone. A master at keeping her audience engaged, she has grown a large following online. As days go by, people are curious to know more about the singer’s journey and the complexities that make her who she is.

Well, in our interview with Simi Liadi, we got a chance to talk to her about life, upbringing, and more. Check out the interview below:

Tell us a bit about your childhood, where you are from?

I’m a military kid. I used to move around a lot when I was younger. But, you know, I’m Nigerian, my parents came to this country from Nigeria. I wasn’t born here or in Nigeria, I was born in Germany. I stayed in Maryland the longest. Maryland has been where most of my childhood has taken place. Columbia Maryland is where I’ve lived for the majority of my life.

You are extremely soulful, what were some of the songs or genres you listened to growing up that influenced your style?

So, I think growing up I wasn’t exposed to a lot of music besides African music and gospel. That’s all my parents played. One artist who influenced my music is A?a. my mom loves A?a and she influenced me to think I could sing well. Well, because any time I sang people were like, oh you sound like A?a, and so on. And then, I started to find my music taste. SZA became a prominent influence in my music as well. Her pen game is just amazing. The way she takes different sounds and turns them into something is just so unique. It’s something that I look up to.

Finally, Brandy is probably my biggest influence. She just utilizes her voice in a way that amazes me every time I listen to a song by her. She’s someone I look up to a lot. I take a lot of influence from her music, especially when it comes to harmonies, vocal layering, and all that good stuff.

Your vocals are very mature, that doesn’t happen overnight. When did you start singing/making music?

I started singing seriously around twelve years old. I’ve been singing my whole life but I joined my church choir when I was twelve. That’s when I started taking it seriously. That period is when I got introduced to the world of choir, harmonies, and backup vocals, etc. That influenced my sound a lot.  I’ve been writing songs ever since elementary school but I didn’t think to take music seriously until the end of 2019 beginning of 2020. Even then, I didn’t get that push until quarantine happened.

I think part of the reason I was so scared to put out music, cause it was fear for a while, was because I didn’t think I was good enough, honestly. I listen to so many great artists so many people who make great music and I just didn’t think I could compare… I just didn’t think I was on their level. So I have songs written from like 2013 but nothing that I ever thought to take seriously cause I was like, “Oh,” you know I could never be like that. So quarantine gave me that push to release.

Your latest project Essence takes the listener through a rollercoaster of emotions, not too many features, you wrote every song. How did the project come about?

So I already knew that I wanted to release a project on or around my birthday. That was kind of in discussion since last year September. I remember talking with my manager/team. I was like, yeah I would put out a project after a couple more singles. I’d want to get the album out by my birthday. So I don’t know. It kind of fell on my lap. I just started working on it. Like as soon as ‘the hill’ came out, I was just working on songs, you know.

I was working closely with my producer and friend, BabaBlvck, and my brother as well, Tayo (formerly known as Izaiah) who also produced some of my songs. And so,  I was working with them very close to this kind of figure out beats.  I already had my features in mind, like, I knew Adwoa and Joyce Sumaru, were going to be featured. From there i started working on it, and that’s how it happened.

It came from a long time of not knowing myself but there are still some things about myself that I have yet to figure out. I want to say quarantine is what started my realization of who I am outside of my insecurities based on my experiences. Just realizing, okay, this is what I like, this is what I don’t like. This is why I am the way that I am.

I think also, being a woman, you have to kind of learn introspection way earlier than men do. When there are so many things in society that are telling you what you should be and telling you things about yourself, it forces you to think for yourself. So, having to sit with myself and face myself kind of made me realize, okay, this is who I am. And, it started the Journey of truly learning about myself, which I’m still working on.

The people around me help me to remember who I am because sometimes, making music can be very nerve-wracking. In the sense of,  am I doing this right? does this sound good? is it going to be received well? And the people around me, my friends, family members, help remind me of who I am and what I’m capable of when I can’t even see it myself. They play a big part in that.

Would you put your music in a category or genre?

I like to just say I make music but if I have to put a label on it, R&B. I want to work with all genres. I want to make pop-rock music, I’d like to make a full afrobeat song.  I’m willing to bend the boundaries. I realized that, especially as a black artist and as a woman, my music is going to be boxed in whether I like it or not. People are going to tell me that I make this type of music and you know, whether it falls into it or whether it doesn’t, I don’t think that it needs to have a name to it.

I make music that I like and music I want to hear. Labels are going to come. That’s just how things work, but I don’t want to say that I put myself into a specific box cause it’s just very limiting. It’s like if I’m an R&B artist… now I’m expected to only make R&B music, you know?

Where do you see yourself in the next few years?

I see myself making music! completely and utterly making music. My life is completely 100% dedicated to my music, my career choice, and the connections that I make because of that. you know? I feel like right now just because of situational things, like money. I have to divert my attention to a lot of other things. I still have to work, I’m still in school, but three-five years, I see myself completely submerged into music. Doing shows, having a full team, production team, and being able to stay in the studio.

If you enjoyed our interview with Simi Liadi, check out our conversation with Amara Lea-Ahaghotu!