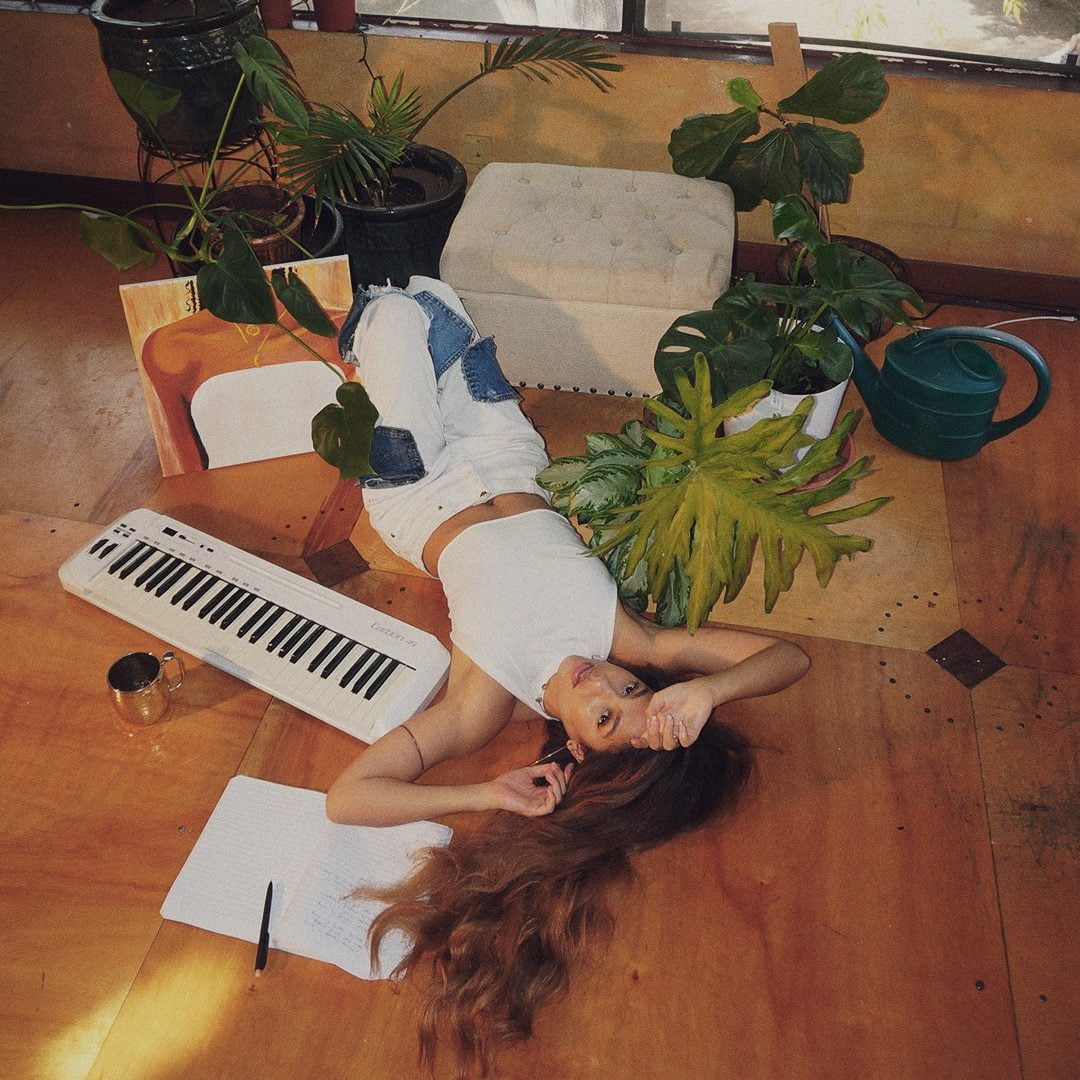 In Conversation With Nathi, The R&B Singer of Tomorrow

Truly an innovative artist and producer within the R&B space, Nathi is a one-of-a-kind singer-songwriter with honey-drenched vocals that make you fall in love. Born and raised in Brazil, she moved to Los Angeles at the age of 17 where she began pursuing her dreams. Nathi began playing instruments and eventually, it evolved into her making a strong transition into becoming a producer. It’s a beautiful combination that led to her musical vision being executed perfectly in later works.

In 2020, Nathi began to connect with her fans in a stellar way via TheTreeGirl Sessions. A compilation of 17 songs, the sessions consist of freestyles and collaborations with fellow artists such as Nate Joël, Taoma Moon, and several others. This year, Nathi is stepping into uncharted territory with her music and embracing sounds that she had not previously tapped into.

In our latest interview, we talk with Nathi about moving to Los Angeles to chase her dreams, connecting with her fans during these strange times, and new music amongst other things. Check out our chat below!

Although from Brazil, you moved to LA in pursual of your dreams—how would you say your life has evolved since you’ve moved there?

I moved to L.A. in 2014 so seven years ago. Everything changed honestly, in Brazil I was in high school living with my parents. I didn’t have any type of independence at all then I moved to L.A. to study music. The first few years was student life and going to music college, I wasn’t really making music that seriously. When I graduated, that’s when I started working on my artist visa to stay here. So I had that phase when I was interning here in Long Beach and after that, I started producing more music because I was learning a lot from being in the studio. Then quarantine happened and I started being more in tune with my art.

Where did your love for music began and who are some of the artists you grew up on?

I grew up in a family that really loves art. Every time we’d be in the house or car, there would be music playing. I always loved music because of my parents, my brother loves music and he kind of got me into the good music. He’d always show me artists like Lauryn Hill, Red Hot Chili Peppers, and some other Brazilian bands. My best friend’s brother used to play piano and then she used to play piano. That kind of inspired me, but I always was around music.

How does being raised in Latin America play a part in the way you structure your songs?

I don’t know if it necessarily has to do with me being from Brazil, well I guess it does. It depends, there are certain songs that come to me like they’re supposed to. The song that I’m about to release next, I would wake up and keep hearing these melodies. I kind of let it simmer for a bit then I started making the beat and then I wrote the song. Sometimes it’s super quick and other times I’ll go on a walk then come back to it.

You recently dropped your single “Need Ur Lovin’,” what was the inspiration behind that record?

That song, I wrote with my roommate and quarantine had just started. I had just gotten out of a four-year, very turbulent relationship and I felt like I still missed the person. I knew it wasn’t something that was right to go back to, but every time we would right something together, it was us in the living room, drinking wine. With that song specifically, we were making samples with our mouths and having fun. My roommate started helping me to write it. So it was definitely inspired by past relationships and the actual song itself was fun to sample and put together.

What was the experience like putting together the music video for it?

We shot it all in film with my friend Alex. It was very interesting because you have six minutes of film and that’s it so I had to sit down and see what parts we were going to sing on. It was a little pressure to shoot it but it felt very valuable like this is the only take we have. In the video, I’m dancing with this dancer from Brazil doing a traditional dance called Forro. That was special to tap into some of my culture when it comes to that because I love dancing.

How have you been connecting with your fans amid the global pandemic?

I think the Tree Girl Sessions last year was big thing for me. Before, I was dropping music and I had a following because of my YouTube channel. All of my following at the time was for my hair really so I had to transition and say “I’m not posting hair anymore, not posting any of that.” When I started posting the sessions, people were interacting with me. I feel like there’s definitely a community of artists on Twitter as well and we all share each other’s art. I’d say I’m very connected to the people that support my music now; I think fans is kind of a weird word.

As far as 2021 goes, do you have anything that you’re excited about?

Yes! I’m excited about this next single. I feel like when I made the song, I loved it so much because it meant so much to me emotionally. The actual music itself, I feel like I stepped my game up with playing the instrumentals.

When I showed people the song, the response wasn’t exactly how I felt about the song so I kind of just laid low. Then something in me just kept saying “you love that song” and this is the first time where you get to trust yourself and not worry about how people feel about it. It’s kind of like a leap of faith! I feel like I’m testing my gut with this one and how it feels to do things without the approval of your peers.

If you enjoyed our chat with Nathi, check out our interview with Joyia!