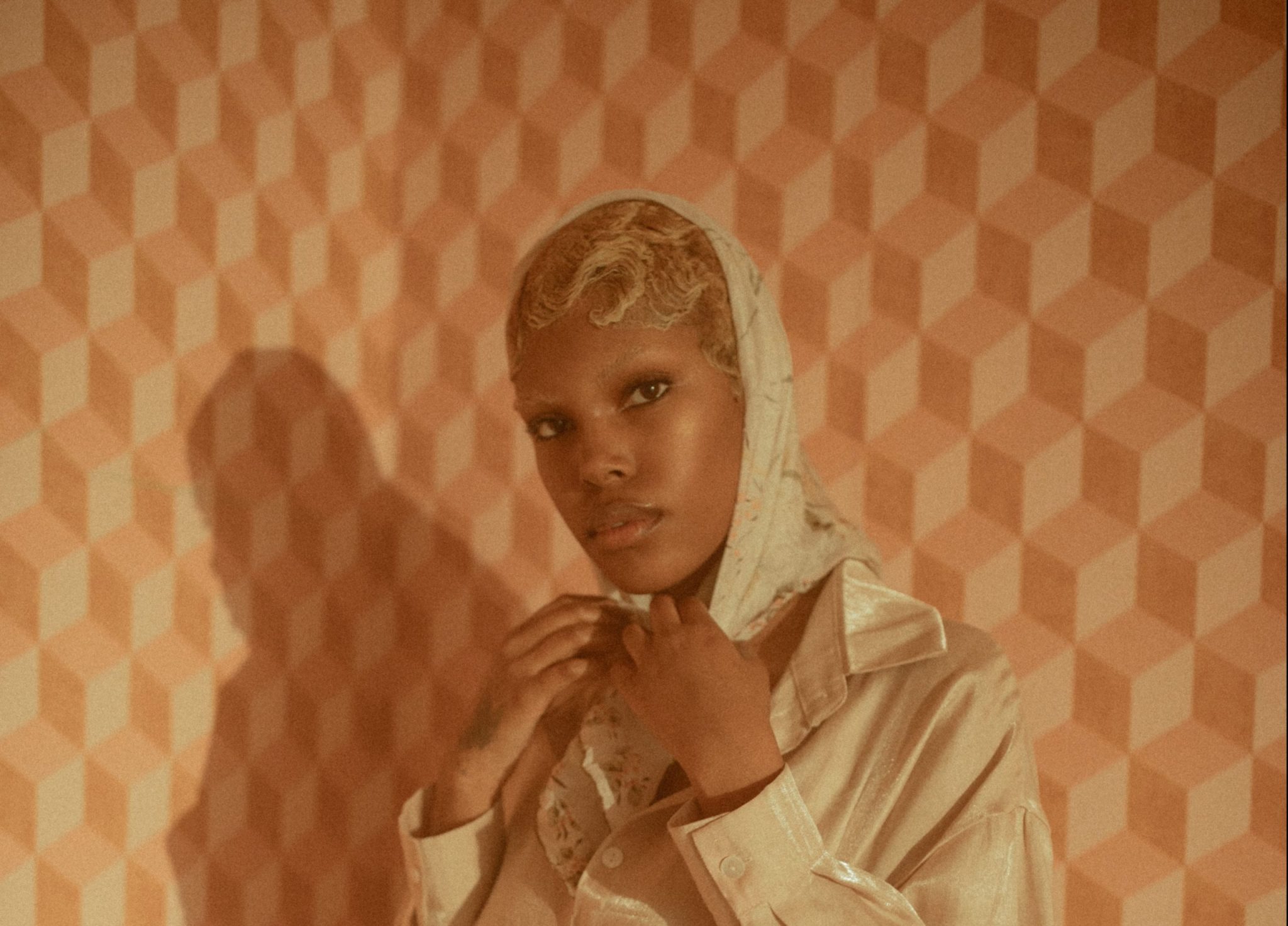 In Conversation With: Diamond White

22-year-old Diamond White is molding into a beloved icon for young women alike. The multi-talented and beloved singer, songwriter, and actor has done just about everything you can imagine while continuing to break down barriers.

She began her singing and acting career at age 8 in Oprah Winfrey’s national touring musical, The Color Purple. From there, Diamond White later auditioned for X Factor in 2012, was mentored and selected by Britney Spears, and finished 5th in the competition against Fifth Harmony. Fast forward to 2020, she unveiled her debut EP Tomorrow, a 9-track portrait of one of the most radiant voices across music. This laid the groundwork for her forthcoming album, Summerland, which drops later this year. It’s set to bring forth some of her best work to date, including singles like “Digitally Yours,” which draws from hyper-pop and R&B influences.

Music aside, Diamond White is doing a phenomenal job on-screen, having a recurring role in CBS’s Bold and The Beautiful. Not to mention her appearances on FOX’s Empire, Netflix’s Dear White People, and Disney’s The Lion Gaurd amongst many more. An exciting new addition to her resume is Marvel’s new and forthcoming animated series Moon Girl and The Dinosaur. Diamond White will be playing Lunella, one of the first Black leads in the Marvel universe, which is a major achievement. She mentioned how important it was for her to see more women of color take on those roles in major films.

We had the marvelous opportunity of chatting with Diamond White in regards to her day-to-day, mental health journey, new album, and much more! Check out the conversation below.

You do everything from singing and performing to acting and so much more, what does your typical day-to-day look like these days?

If I’m shooting my show, which is a soap opera—I never thought I’d be doing that but I love money. A typical day for that would be waking up at 6:30 in the morning, wanting to lay in the bed. Going to the set, doing my hair and make-up, shooting, and learning lines. And then coming home and recording music, writing music, taking care of my dog. Then you have all the other crazy stuff that comes up like meetings. It varies, but on my days off there’s always something that has to get done immediately. So there really isn’t a rest day, but if I need a mental health day then you better believe I’m taking it!

So what are the obstacles that you went had to overcome, in your journey as a woman, as an artist, or as an actress?

I think the biggest thing I’ve had to overcome, regardless of color or gender, is my mental stability. Just convincing myself to get out of bed and take a shower can be tough. All creative people are a little bit different, but sometimes it can be tough getting my mind and my body on the same page.

You’ve got a new album coming out this year, Summerland, tell me a bit about that.

I’m excited! It was literally me and my producer working on this during quarantine. I moved into a new apartment, build a studio out of a closet, and we spent days writing and producing. It’s my little baby, my first ever album. So I’m nervous, I’m exciting, but I’m just happy that I got to make an album. This album is Pop with R&B and Hyper-Pop influences, I think it’s special because it’s weird and unique. I just love it!

The title, Summerland, literally I was in Santa Barbara visiting a friend. I came across an exit that said Summerland, and I was like “that’s a place?” I was like I have to be in a different dimension because this can’t be real. The name just stuck with me and I was like “I’m naming my album that.” It was a quick decision and I still fuck with it.

“Digitally Yours” serve as some of the first singles you shared ahead of the project. How does it set the tone for your upcoming LP?

It’s just the basis of the sound. It has hyper-pop influences, it has the melodic R&B. Also, it’s just really sexy and catchy. I came up with that song after listening to an Ariana Grande leak for “Nasty” and I was like damn, what is this? I was like I need a song like this for my album. Me and Luke got in my room and then we came up with “Digitally Yours.” It’s just sexy, I was scared to put it out because I was like what if my mom here’s this. But it was a vibe!

You were recently announced as the lead role in Marvel’s Moon Girl and The Dinosaur, how excited were you to receive that news?

I’ve been keeping that secret for a couple of years now. Honestly, it’s going to be iconic. It’s a Black young superhero and she’s the smartest person in the Marvel universe. Like hello?! I haven’t told anyone yet, but I didn’t even book the role first, they gave it to someone else. I called my manager like “I didn’t get the role, I was so close.” Then two weeks later, they called me back like “we need you to read the lines again.” They gave me the role and I was like “thank you, Universe!”

The show is incredible, it’s just so cool. I’m amazed by the show, it’s literally going to be iconic.

How important to you is it that more and more Black women become leads in TV and film?

Obviously, it’s important, but what I want to see is some dark-skinned women thrive as the main character too. Whenever you get a reading and it says that she’s Black, next thing you know when you see the show, she’s mixed. Lighter in complexion, her hair is wavy, and you can’t ignore all the different shades and hair textures. I feel like that’s being neglected, and I really want to see the baby me looking up to someone that looks like me actually.

It’s like we don’t all look like that and we all go through different textures. That’s another reason why I cut my hair off, I didn’t know what it looked like because I grew up getting it straightening. I want to see more Black women loving their hair.

I think one woman who does an excellent job at putting on for Black women is Issa Rae, I love everything about her.

Yeah, that’s a beautiful reference because she really is out here showing the representation I want to see. I love her!

At this point in your life, do you still feel any pressure?

I feel like because I’ve been in the business since I was a kid, I have this natural drive to keep working and keep pushing myself. What I’m learning now in life, if something is meant for you, it’s going to happen. The harder you try, the harder it’s going to come because you’re exerting all this energy on fear or whether not it’s going to happen. I’m driven, but I’m done stressing out because I’d rather learn how to be naive.

I feel like you’re molding into this icon for young ladies who aspire to be in entertainment. When people reflect on all you did in your career so far, what message do you want to get across to them?

Honestly, I really just support freedom. Not in a political way, but if you want to do something, just do it because you might end up dead someday. Well, you are going to die… but you could sooner than you think. Go do it, if you want a tattoo but you know your mom is going to beat your ass, just put on some running shoes and handle that later. Live your life, do whatever because you’re young and cute. That’s all, just do you!

If you enjoyed our interview with Diamond White, check out our conversation with Dylan & Dakota!