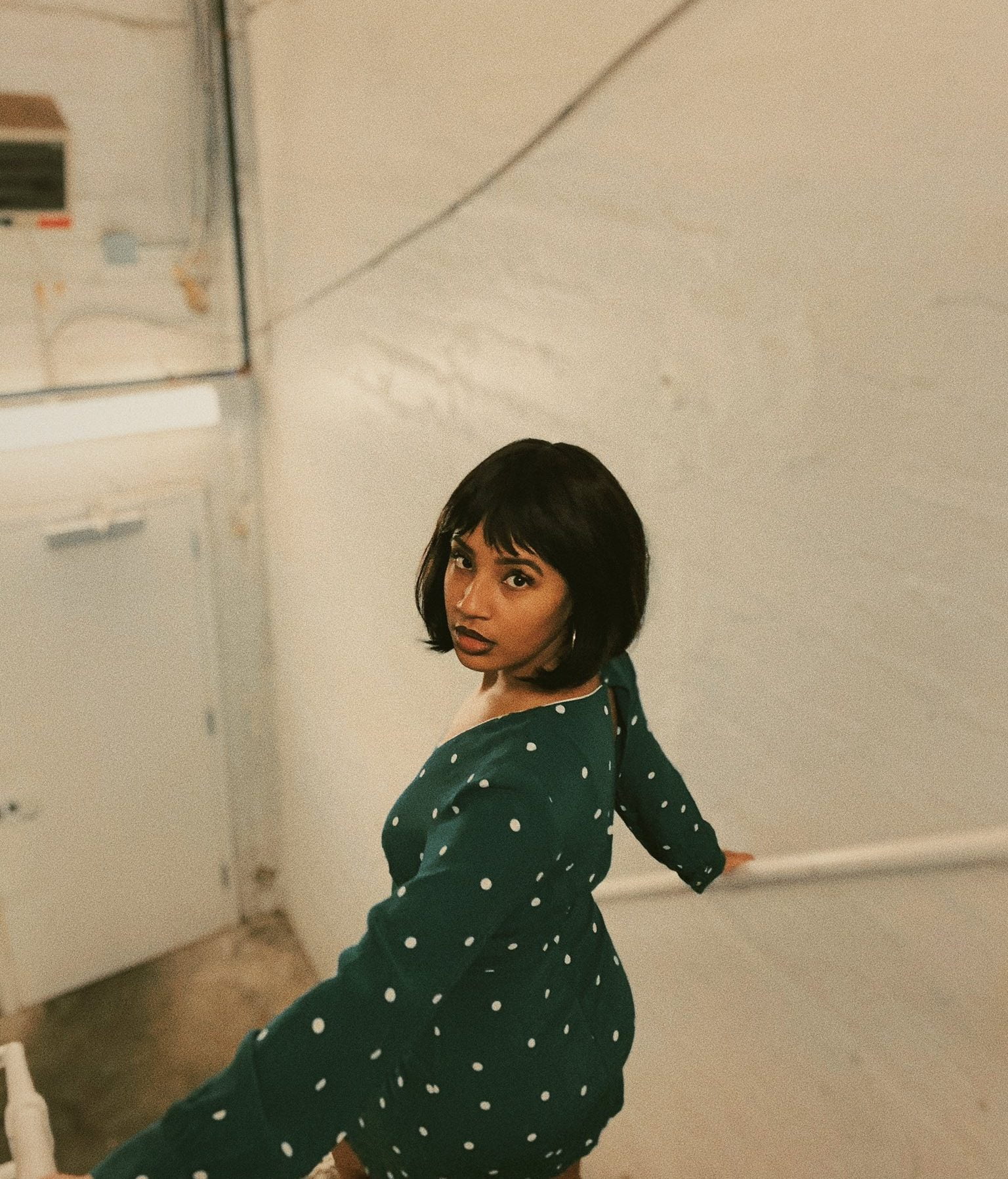 Gaining national attention after appearing on television, Aria Bléu has rapidly grown to be a favorite in the R&B scene these past few years. The Delaware-raised artist has been coined the next big thing in Neo-Soul and beyond. Releases like “On & On,” “Theory of You,” and “Street Lights” quickly established her voice as one that will be here around. If you haven’t heard of Aria Bléu yet, you will soon.

At the top of 2020, Aria Bléu graced us with her stellar debut project, Familiar Stranger. The 5-song EP is a joyride front to back, taking fans alike through this roller coaster of emotions as they progress to the end. Although, Aria mentions that the EP in its entirety sounds completely different from when she first started it. “It constantly evolved as I found myself so that time was really exciting, scary, and challenging,” she shares.

Now, transitioning to a new phase in her artistry, Aria Bléu has a lot in store. As her first release of the year, the songstress treated us to her new single “No Chaser,” which is sonically different but a pleasurable listen from her previous material. Speaking on her music, Aria tells us, “The core of what it sounds like is still true in my next couple of songs, but a bit more modern and keeping up with the times.”

For our latest interview, we got to chat with Aria Bléu about her upbringing, finding her voice after appearing on The Voice, and new music to name a few topics! Read below.

You were born and raised in Delaware, how do you feel that shaped who you are today?

It was cool, Delaware is very small and everybody knows everybody. I wasn’t involved in the music scene there, I did a few talent shows and sung the national anthem at a basketball game. I went to college in New York, but it was nice. It was very community-based. I think my support system is there so always remembering where I came from and staying true to me has stuck with me.

What really inspired you to embark on your musical journey and if it weren’t for this, where do you think you’d be right now?

I’ve been singing since I was three. On my third birthday, I stood on a chair and said everybody needs to listen to me sing! Honestly, it started with talent shows then in college I was singing at events. And then I was on The Voice, and that’s when I knew this was the lane I wanted to go.

The craziest thing is, I can’t even think about my future without music. I literally sing every day and making music has been the interesting thing. I just started making music professionally in 2018 so very fresh and I just feel like it’s been such an exciting journey. It’s an exciting step after being labeled a singer and going to be known as an artist.

Take me back to Familiar Stranger, do you recall what all was going on in your life while working on those songs?

A lot! That was right over The Voice that I started, probably took a few months off then I started working on the EP. It was a lot, that was the switch between singer and artist so trying to find my actual sound was so hard. The EP, what actually got released, is a whole different project than what I started with. It constantly evolved as I found myself so that time was really exciting, scary, and challenging.

I’m really proud of that project, it’s my first ever and it was exciting. I started doing things in a friend’s basement and then going to studios that were really good. Funny enough now, I actually prefer recording at the house because I’m so much more comfortable. That was all Familiar Stranger was.

Does the project’s title have an underlying meaning?

I’m here, I’m me. But I’ve just gone through a lot where I feel like I’ve changed completely as an artist. Kelsea Johnson and Aria Bleu were almost like two completely different entities.

When people listen to your music, what type of emotions do you want to elicit?

Really nostalgia. I listen to a lot of 90s and 2000s R&B so I just love that type of music. The influences might come out in my songs but I really want my fans to feel like their chilling. Windows down, music blasting or in a nice bubble bath, just calm vibes. My latest song “No Chaser” is lit as fuck, so besides that song the other songs are just vibes.

We got “No Chasers” earlier this year, what next can we expect from you?

You can expect, I’m going back to my calm vibe shit. The songs that I’m working on now are really more so vibes. I think it’s more of an elevated Familiar Stranger. The core of what it sounds like is still true in my next couple of songs, but a bit more modern and keeping up with the times. I think they’re a bit less sappy and these next few songs are loving.

If you enjoyed our interview with Aria Bléu, check out our chat with Nathi!