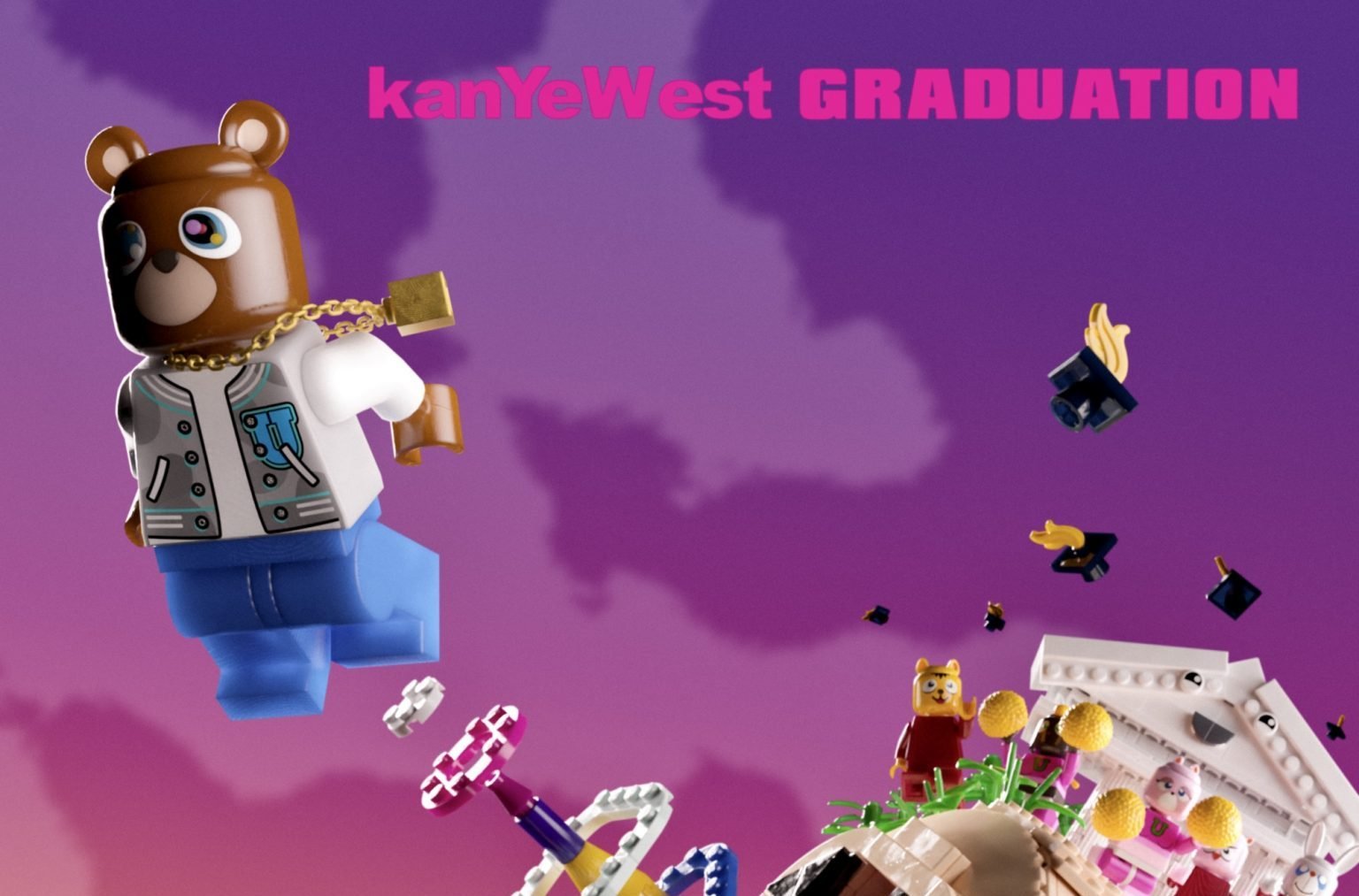 Alternative album covers, whether it be finished covers that never get used or fan-created takes, are no obscurity to hip-hop and other genres of music. Since the early 2000s, we’ve seen a number of reworks of iconic projects that have either surfaced online through Reddit or leaks, changed due to controversy—take Lil Uzi Vert’s Eternal Atake or Kanye West’s My Beautiful Dark Twisted Fantasy—or never made the final cut. One thing that is certain: the world of art and its relationship to music has strengthened in more recent years.

Iconbrick is among the several designers that have risen to popularity on platforms such as TikTok and Instagram. As their name hints, the artist reimagines music icons and album covers in LEGO. Turning a childhood love into something that digital dwellers alike can enjoy, you can finally see what your favorite musician would look like as a minifigure. “This realization sparked the idea to recreate my favorite album covers conceptually as Lego sets,” they share on their website. “Immediately I realized the contrast of certain musical genres, such as rap, combined with the innocence and limitless possibilities of Lego was a fascinating contrast to grasp. “

Below, we take a look at some of our favorite cover art iterations from the graphic designer, including Playboi Carti’s Whole Lotta Red, Drake’s Certified Lover Boy, and Nicki Minaj’s Pink Friday among others.

Swimming, the critically-acclaimed fifth studio album from Mac Miller, was the final project released during his lifetime. The 2018 album spawned hit singles like “Self Care” and “2009,” portraying a strong desire to develop self-love and personal healing since his previous release. Iconbrick’s reinterprets the cover art lensed by Christian Weber, who broke down the meaning of the cover last year. The central vertical stripe references Miller’s 2011 debut album Blue Slide Park, the central facial expression mirrors that of Watching Movies with the Sound Off, and the white background similarly appears in 2015’s GO:OD AM. Meanwhile, the pink suit matches the hue of 2016’s The Divine Feminine.

Dua Lipa’s second studio album Future Nostalgia can often be described as “disco-orientated” and “nostalgic” with sonic themes of futurism and youthfulness sprinkled throughout. The project notably birthed one of 2020’s biggest records, “Levitating,” which as of last November, is now four-times RIAA-certified platinum. When speaking about the cover art, Lipa stated that she “wanted to make was something that felt nostalgic but had something fresh and futuristic about it too.” The LEGO iteration of renowned photographer Hugo Comte’s cover perfectly captures the essence of its original, from the sports car to the hairdo done by Anna Cofone.

Iconbrick has reworked a number of Playboi Carti’s album covers including 2018’s Die Lit and the rapper’s 2017 self-titled debut commercial mixtape. With Whole Lotta Red being the Atlanta native’s latest to hit streaming, graphic designers alike designed the album art how they envisioned both prior to and post-release given its numerous pushbacks. For this design, we see Carti as a LEGO character whilst the typography remains the same. The graphic designer captures many of the original elements such as the cross chain, black-and-white background, and so forth with a few visible changes that makes it distinct.

Iconbrick gives his take on Rihanna’s ANTI album art, which depicts a young girl with a gold crown covering her eyes, and a black balloon strung tightly to her wrist. Roy Nachum, who designed the 2016 cover, shared the meaning behind it: “The child whose vision is obscured by a crown represents man’s blindness caused by displaced values and desire, while the balloon embodies the possibility of escape and signifies the human need to transcend physical reality.” The LEGO version of Rih’s iconic album takes on many of the design elements in the original, even the inscribed sculpted Braille poetry.

Released in 2021, Olivia Rodrigo’s SOUR gained numerous accolades upon release, whether it be Best Pop Vocal Album” at the 64th Annual Grammy Awards or debuting at #1 on the Billboard 200. Singles like “drivers license,” “good 4 u,” “traitor,” “deja vu,” and countless others which cemented the actress and singer as one of Gen Z’s favorite pop stars. Iconbrick’s take on the cover art reimagines the face stickers with lego flowers, butterflies, and a lego head among several other bits. He tastefully captures every detail seen in the initial, from the silver necklace to soft hues of purple in the background.

Widely considered a ground-breaking album that paved the way for women in hip-hop, Pink Friday helmed an era of its own upon the album’s release in 2010. Nicki Minaj had previously gained ears and eyes across the globe after releasing Beam Me Up Scotty the year prior and appearing on Kanye West’s “Monster,” and the album itself featured A-list names like Drake, Eminem, Rihanna, Lil Wayne, and more. GL Wood, the photographer behind the cover art, shared that “she wanted to look like one of those broken Barbies,” hence the mime expression and no arms. Iconbrick captures everything that made the album art so unorthodox whilst also being alluring except the Barbie’s leg, which is to be expected.