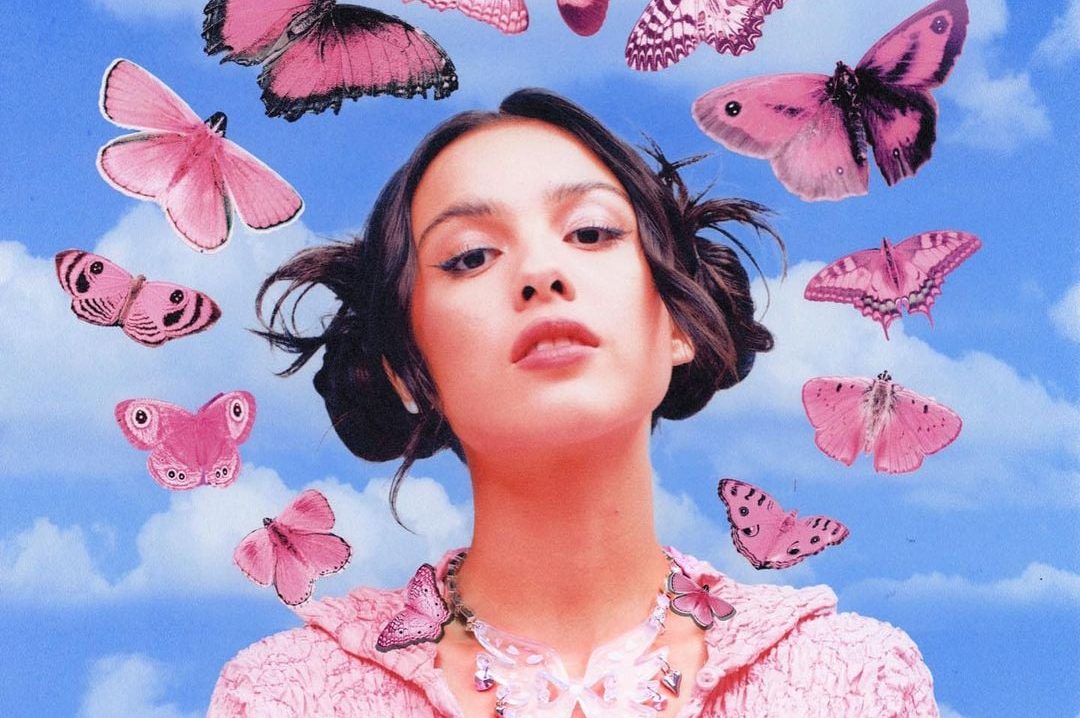 Get To Know Olivia Rodrigo, The Blueprint for Pop Success

Olivia Rodrigo has proven time and time she’s capable of transcending online virality. For fans alike and lovers of the pop genre, her acclaim to fame and irresistible breakup tunes are equal parts authentic and self-evident.

The 19-year-old musician’s journey from Disney star to this generation’s biggest pop star is one that we’ve seen many times in the past—take a look at Miley Cyrus, Zendaya, and Selena Gomez. However, while many of those artists got their big break much later, Rodrigo’s rise to fame came amid her Disney era, hence the teen-friendly aesthetic and music that appeals to all audiences seamlessly. Her role in series such as Bizaardvark and High School Musical: The Musical: The Series laid the groundwork for her introduction to the world, the latter of which spawned 2019’s “All I Want,” our first taste of music from the pop phenomenon.

Olivia Rodrigo’s debut single, “drivers license,” played a pivotal role in her success story, debuting No. 1 on the Hot 100 charts and subsequently becoming five-times RIAA-certified platinum within a year of its release. After teasing the record in 2020, it nearly immediately caught wind on the Internet, pouring in tons of support and anticipation of its official release. When the song finally came out in January of the following year under her newly inked partnership with Geffen Records, the record amassed a whopping 76 million streams and spent eight weeks topping the charts. Speaking on the song, she says, “I was aimlessly driving around my neighbourhood listening to sad music and bringing up these emotions I hadn’t felt in a while. I’d just got my license, so I was relishing my freedom.”

In the days following the record’s release, the song had already gotten co-signs from the likes of Taylor Swift and more, which further cemented Olivia Rodrigo’s superstar status. “Literally, I’ve looked up to her as long as I can remember, so it was so sweet of her to do that,” she tells Zane Lowe in an interview. Moreover, “drivers license” broke several streaming records previously set by other artists, including the biggest weekly streaming debut for any song in US Spotify chart history at 30.433 million streams. It also set the Spotify record for most streams in a day for a non-holiday song and the most requested song ever in one day on Alexa globally.

With much anticipation around her next release, Olivia Rodrigo shared her second single “deja vu” later that April. The song picks up where the previous one left off, seeing the musician move on from heartbreak whilst questioning both the authenticity of her ex’s new relationship and his emotions for his new girl. The song debuted at No. 8 on the Hot 100 charts, making Rodrigo the first artist in history to have their first two singles debut in the top ten. To date, the accompanying music video has amassed over a quarter-million views on YouTube and as of March of 2022, the song was three-times RIAA-certified platinum. Not to mention, the single arrived alongside the announcement of her debut album, which fans alike were more than delighted to hear.

Just a week before the release of SOUR, Rodrigo treated fans with one more taste of what’s to come, sharing “good 4 u” and its accompanying visuals. On the song, the singer has seemingly moved into a different stage of her breakup, addressing how fast it took her former partner to get into another relationship. “Well, good for you, I guess you moved on really easily / You found a new girl and it only took a couple of weeks,” she sings. Like its predecessors, the song debuted at No. 1 in the US and No. 2 in the UK, in addition to topping the pop charts globally as well. Months after the record came out, Olivia Rodrigo later credited Paramore’s 2007 song “Misery Business” as an interpolation due to the two song’s pop-rock similarities.

SOUR‘s full-length release arrived, and as expected, the album was met with unwavering support from fans and critics alike. The 11-track compilation dons a mix of pop, alt-rock, alt-pop, and folk, introducing new cuts such as “traitor,” “happier,” and “favorite crime” among other hit songs. “I felt like everything that I had that was really awesome and good in my life went really sour. I was super insecure and going through this awful heartbreak and stuff like that. So, that’s why it’s called SOUR,” she tells MTV UK. “Also, it has my initials in it—”OR”—which I think is a fun added perk.” Meanwhile, Alexander 23, Jam City, and Dan Nigro serve as the project’s sole producers.

In conjunction with her first-ever tour, Olivia shared her original film OLIVIA RODRIGO: driving home 2 u (a SOUR film) exclusively via Disney+ on March 25th. Accompanying the singer along her journey from Salt Lake City—where she initially began writing the eponymous album—to Los Angeles, Rodrigo reminisces on memories of creating her record-breaking debut album whilst sharing her feelings as a young woman navigating a specific time in her life. Clocking in at an hour and sixteen minutes, the documentary also expands on fan favorites from the record, her influences, and accumulating major achievements such as the debuting at No. 1 on the Billboard charts and the album’s multi-platinum accolades.

In addition to the film, Olivia also performed eleven songs from the album with brand new arrangements in unique locations as well as special guest performances and appearances from fellow musicians Jacob Collier, Blu DeTiger, and Towa Bird. Elsewhere, unreleased songs like the country-inspired ballad “baby is you” and Dan Nigro-produced cut “crying in the parking lot”—both of which were recorded in 2020—make cameos in the film as well. driving home 2 u serves as a proper celebration and toast to all of Olivia’s achievements in the past several years, documenting her journey from high school senior with hopes of making it big to one of Gen-Z’s most radiant voices in pop.

As things continue to ascend for Olivia Rodrigo, she accomplished yet another landmark in her career during the 64th Grammy Awards in April. Notably, she took home three Grammys, winning best new artist, best pop vocal album for SOUR, and pop solo performance for her hit “drivers license.” This also made her the second teenager in two years to be nominated in Grammys’ four major categories following Billie Eilish in 2020, who was eighteen at the time. Fast forward to May, Rodrigo celebrated the one-year anniversary of her debut album with three new vinyl releases, each respective one donning a different color from the other. The physical release was made available in light blue vinyl from Amazon, fruit punch vinyl from Urban Outfitters, as well as a baby pink vinyl from independent music retailers.

Recently, Olivia Rodrigo finished up the second leg of her SOUR tour, which will conclude in London on July 7th. As revealed in her Disney+ music documentary, the singer shared that she’s currently working on her sophomore album. Hopefully, we can expect to see Rodrigo release new music towards the latter of 2022.