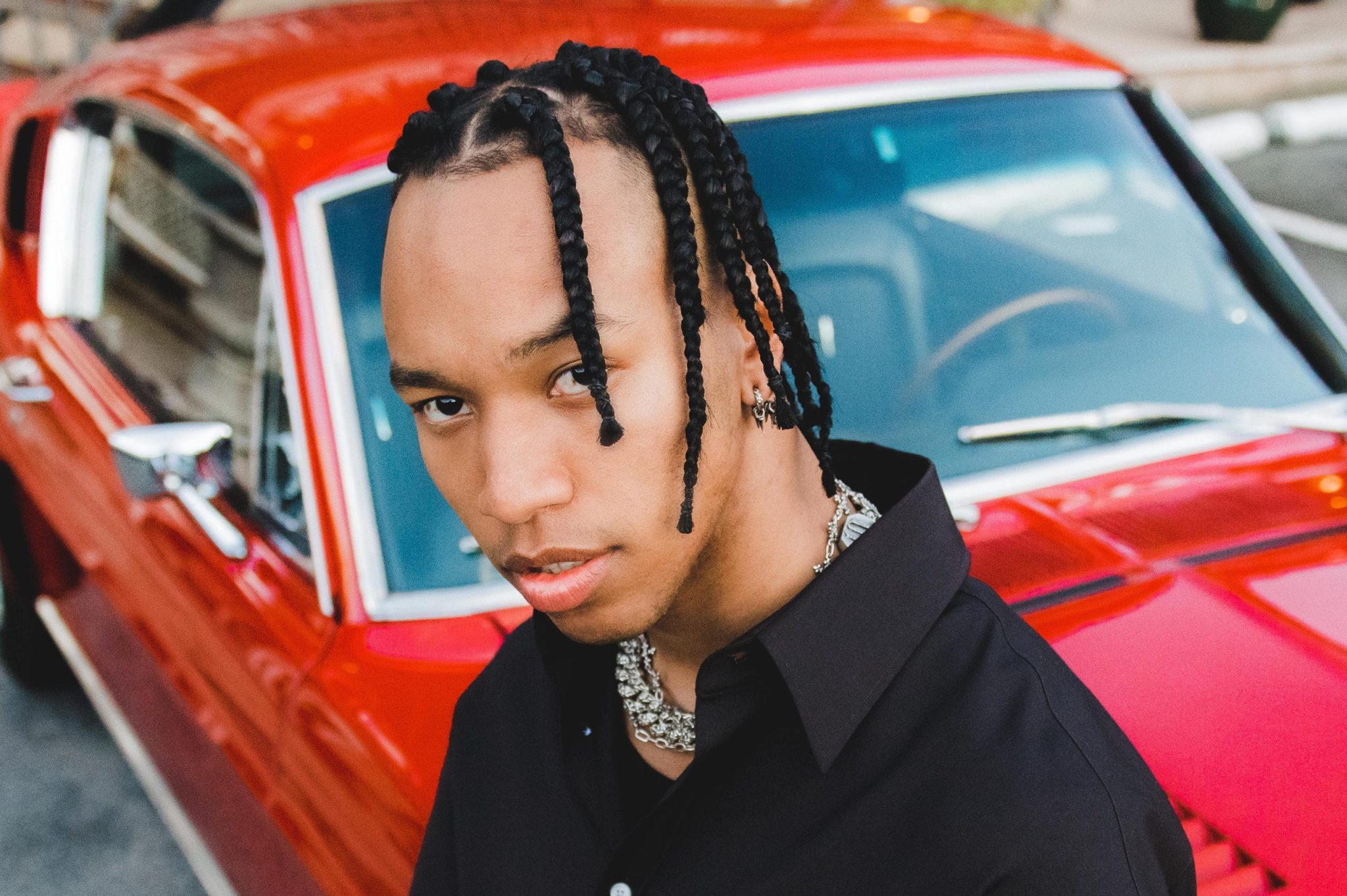 Boslen Is Trailblazing His Own Path

Hailing from Vancouver, Boslen is one of the most exciting new artists to emerge from his hometown’s scene and is poised to take the rest of the world by storm. For fans of Travis Scott, the multi-hyphenate musician is undoubtedly bound to blow in the coming years.

Having built up a name for himself through 2019’s Black Lotus, the musician propelled into the limelight following DUSK to DAWN, his debut under Capitol Records. Having contained features from the likes of Dro Kenji, Vory, and Tyla Yaweh among others, the project eroded as one of the better releases of 2021. Surefire tracks such as “NIGHTFALL” and “DENY” are joined by cinematic visuals that carry the project to another realm. Meanwhile, other songs like the Charmaine-assisted “QUARTZ” and “TRIP” add a much-needed contrast to other records on the 12-song offering.

Fast forward to now, Boslen continues to dominate the charts and take the industry by storm with the release of his new EP aptly titled GONZO—often used to describe the unconventional, outrageous, or extreme. The full-length project’s tracks couldn’t have been illustrated any better than through its soul-shaking 808s and self-reflective lyrics that transverse from beginning to end. It’s joined by pre-release singles like “LEVELS” and “FALLEN STAR” featuring Y2K, who serves as the lone guest appearance. Similar to its predecessor, the EP is an audiovisual display of Boslen’s unwavering star power and lightning growth in recent years.

Below, we celebrate the release of GONZO by chatting with Boslen about standout tracks from the EP, navigating international music markets, and more. Check out our conversation below.

Congrats on the recent release of your EP, GONZO, how do you feel about the reception it’s gotten thus far?

The reception has been good. It’s funny because I always wondered what songs people gravitate towards the most and it seems like everything is kind of on the wall at the moment. They’re all my favorite, but it’s amazing to see the song that I felt like was a timeless, save your soul type of record, which is “SCARS,” a lot of people have been resonating with that.

This project continues to build on the newfound energy you showcased in 2021’s DUSK to DAWN, both lyrically and production-wise. What were your intentions with this release?

I just wanted to build on a legacy where I’m able to experiment and not be confined to having to be very cohesive or have one silver lining of a story. I wanted to just have fun because I felt like this was at a transitional stage in my career where I was going back and forth from LA and home. I was meeting a lot of new faces and I feel like I’m still in my growing stage. The name itself is a bit all over the place, but that’s the beauty of it.

Speaking on that, what do you think allowed you to be comfortable enough to step out of the box?

There have been so many days where I’ve questioned it, but right now I’m at a stage in my career where I’m not trying to impress other people. I’m making music for myself and doing what I enjoy. Another thing is that I feel like I have a responsibility. There are just as many kids that feel alone or out of place. I feel like I want to say things that they’re maybe feeling but haven’t heard yet, at least from an artist from this generation. There’s a lot of music in this generation that doesn’t touch on self-awareness, depression, or self-doubt.

One of the newer tracks that fans are gravitating towards is “HEIST,” which is an insanely good record. Can you share a bit about what went into the song?

That was one of the first songs that I approached where I really tried to tell a story. I heard the sample, and that’s all I could think of. It was funny because it was probably one of my last sessions in LA before I came home and I was with Johan Lenox and Zach Djurich. They both worked very closely with Kanye. Johan said we should try a guitar sample and in my mind, I was thinking it was going to be an acoustic thing. Zach brought an eclectic guitar then he went up to the speaker, he cut the mic up, and when that happens, it’s a lot of feedback and it’s not pleasant. It sounded like screeching fingernails on a chalkboard, it was terrible.

I was like what are you guys doing? He said, “give me a minute.” They sampled a split second of the guitar and I was like what the fuck, I started tripping out. I immediately thought of the word “heist” and “bank robbery.” It’s like that scene from joker where you’re caught off guard because you’re in the mood. Naturally, when it came to the chorus, I tried to make a line in the sand where it’s a heist but you can relate it to taking anything in life. It was really fun playing that song, it’s one of my most unique ones for sure.

The visuals for “GONE” are phenomenal—I love the scenes where you’re running through this gigantic maze. What was the process of putting it together like?

I played it for my creative director at 4 o’clock in the morning. It wasn’t even complete, I just had an open verse and the chorus at the time. Even with that, we started visualizing what I wanted it to be. I feel like being a very visual artist is so fun, creating this world like the ones before me did, it’s fascinating. That’s what we tried to do with “GONE,” I feel like it’s very much more digestible.

So when it comes to the music video, that’s how we tried to approach that in a sense. You can easily understand a maze or an individual stuck in a motel battling these thoughts. I didn’t want the visual to take you somewhere else. I wanted the lyrics to stand for themselves because of how hard I worked on them. It’s not overthinking or too cookie-cutter, but it’s more so conversational.

You recently dropped the music video for “GONE” and did a few concerts earlier this year, what are you excited about now that GONZO is in the rearview?

I’m just excited to push myself further in a sense of doing the things that I want to do. For example, writing three hours a day, only in the past two years is something I personally didn’t like. I remember looking up type beats and doing that all the time because I thought it was fun. There’s too much that I’m looking forward to doing.

Finding more expensive taste in music, not overcomplicating it, but approaching songs like “what’s the simplest way to do it?” It’s not because people will be able to digest it easier, but being a minimalist now will get my message across so much more clearly. Outside of my music, just spending time with my family and finding new hobbies.