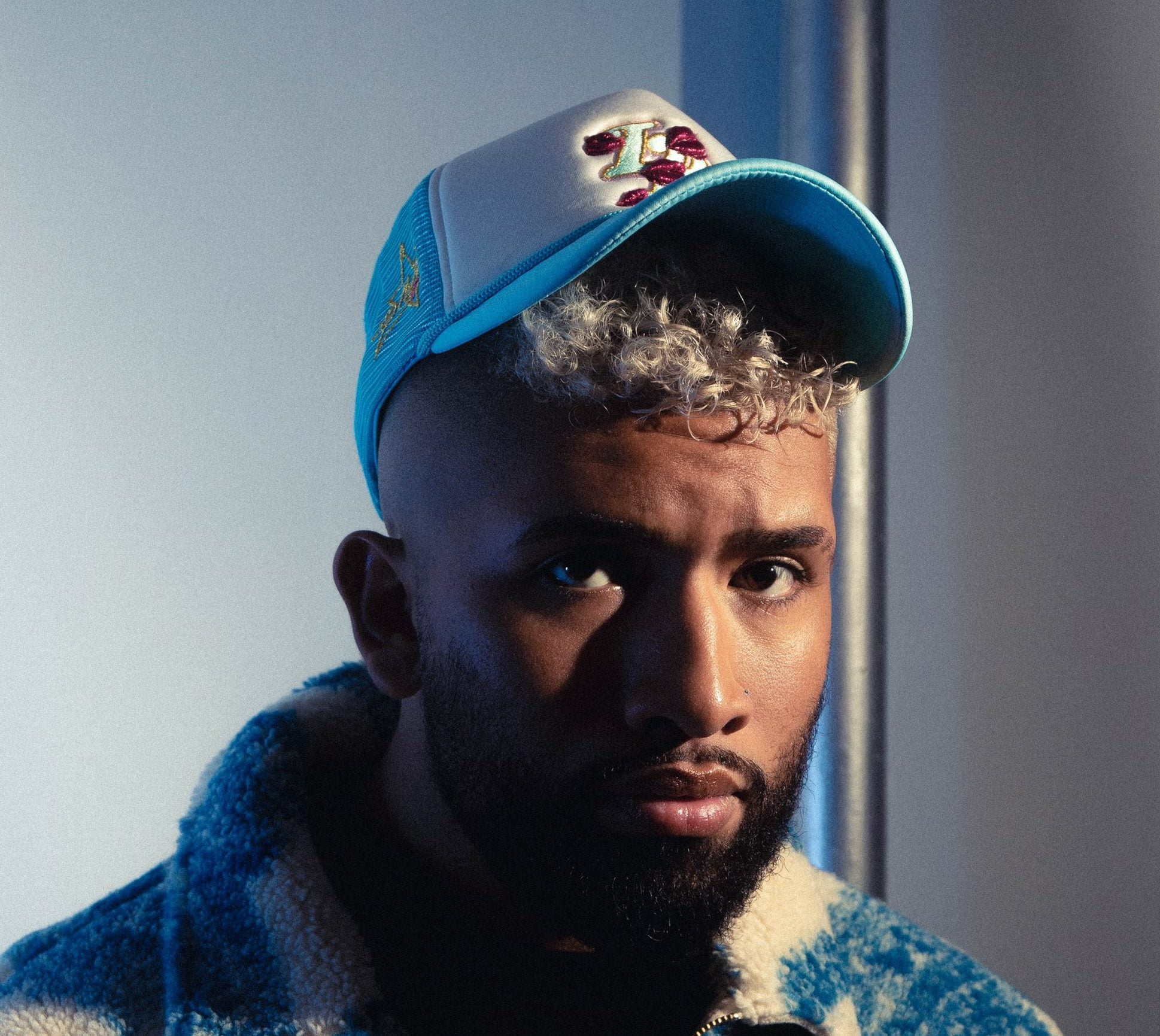 21-year-old director Whipalo has quietly been building a film-making empire for the past several years through his production company Rhino Farm. Many may know him Loui and Saweetie’s “Talkin’ Bout” music video or even Babyface Ray and Moneybagg Yo’s “If You Know You Know” visual effort. Whipalo’s ability to direct and produce high-quality videos that pay close attention to detail has allowed him to rapidly rise as one of hip-hop’s favorites.

From a young age, Whipalo knew that college wasn’t the route he wanted to take and thus, saved up for his first camera. “I’ve been so fortunate to be so hands-on so I know exactly what I need to execute to get stuff done,” he shares. Now, his list of collaborators includes Lil Gotit, NAV, Smoove’L, Flo Milli, Yung Manny, and a plethora of others. Every time you see or hear “Whipalo” at the beginning of a music video, you know a lot of time and effort went into it as seen through some of the spectacular visual efforts this past year.

For our latest Behind The Lens segment, we chop it up with the soon-to-be-legendary director Whipalo about his day-to-day, dream collaboration, and advice for fellow filmmakers amongst other topics. Check it out below!

Walk me through your day-to-day, what does the life of a music video director look like?

So usually I’m the one who edits all the videos I direct. If I’m not working on an edit, I’m working on a treatment to line up some new projects. As of recently, I started vlogging so I’m going to be on YouTube heavy. On a daily basis going forward, I’m going to be doing vlogs. If I got some free time, I’ll go to the gym on some rhino shit. I’m not going to hold you, I hate waking up early and I found that I’m most creative during the late evenings.

Do you have a go-to snack or beverage when it comes to shooting or editing videos?

A beverage that I really fuck with is C4. You know those pre-workout drinks? Those are my favorites, I’m actually going to be doing some spec commercial work with them. They get me through the edits, I chug them down.

When you first started, it obviously wasn’t easy. What are some of the obstacles you had to overcome in the process of building your brand?

My come-up has been a roller coaster ride for sure. I know a lot of directors can relate, starting off you’re like a one-man show. I know me personally, I was the DP, lighting person, editor, versus now where I get to hire a crew and work with a lot of great people in the production game. I was shooting videos in the hood with a Sony A7S. The biggest obstacle more than anything is leveling up the creativity. Coming up, you’re not working with the biggest clients with the biggest budget. I’ve been so fortunate to be so hands-on so I know exactly what I need to execute to get stuff done.

Do you ever like run into, or face, any misconceptions about your role whether that be people expecting more than what you provide or thinking you do something completely different?

A lot of times people will hit me in my DM’s like “yo, I need you to shoot a simple video for me.” Like what is that! If only people knew the ins and outs of really making some shit pop. It can be draining at times but I’m the type of person that strives in chaos. I feel like during the pandemic, last year was my best year as far as leveling up the clientele and creativity.

Now you’ve worked with everyone from Babyface Ray and Moneybagg Yo to Flo Milli and Saweetie. Who’s your dream collaboration and why?

Shout out to all those artists. Every artist you mentioned was really great to work with. Shout to Babyface and Moneybagg Yo, I worked with them a couple of times. Shout out to Flo Milli and Saweetie, they’re doing their thing.

My all-time favorite artist is Kid Cudi. To work with him would be a dream come true. I’m a big fan, his music changed my life. I found a lot of video concepts through listening to his music. I’m big on the trippy, psychedelic type shit so I think that we could put together something really cool. Cudi, Travis, and to tap into artists of that caliber would be dope.

One thing that I love about your work is attention to detail. In what ways do you try to step out the box and outdo yourself when it comes to creating videos?

There’s this director that I follow, Zack Snyder. I’m really big on superhero movies because I love the world-building aspect. They try to bring you into their world in a sense. So when I work with an artist, I try to put little details whether it be cool characters or details to build around the world. Certain videos are continuations of the previous. You know how the Marvel cinematic has a universe? I have my own called the Whipaloverse. Maybe I might throw some little easter eggs in there.

What’s some advice you would give to your fellow directors that would’ve saved you a bit of time in your career?

You gotta be patient! Patience is really important and one thing people have to realize is that there are levels you have to go through as a director. Not everything is going to come at once. I know sometimes when I talk to younger directors, they’ll lack experience or it won’t align with what they’re saying. You have to pay your dues and really hustle to get to the level that you want to be at. If you’re coming up, do not have any ego. Treat every video like it’s your last one because the reward for great work is more work.

Lastly, with everything moving so fast at times, what are some of the goals that you set for this year?

As I said earlier, I’m going to be going crazy on the YouTube vlogs so I want people to see what goes on behind the videos. My mom is my manager, my uncle is my producer. I really want people to see what goes in the production with my family, just trying to put on for the next generation. I definitely want to work a film this year, get some commercial gigs, and go beyond making music videos.

If you enjoyed our conversation with Whipalo, check out our interview with Luis Vela!