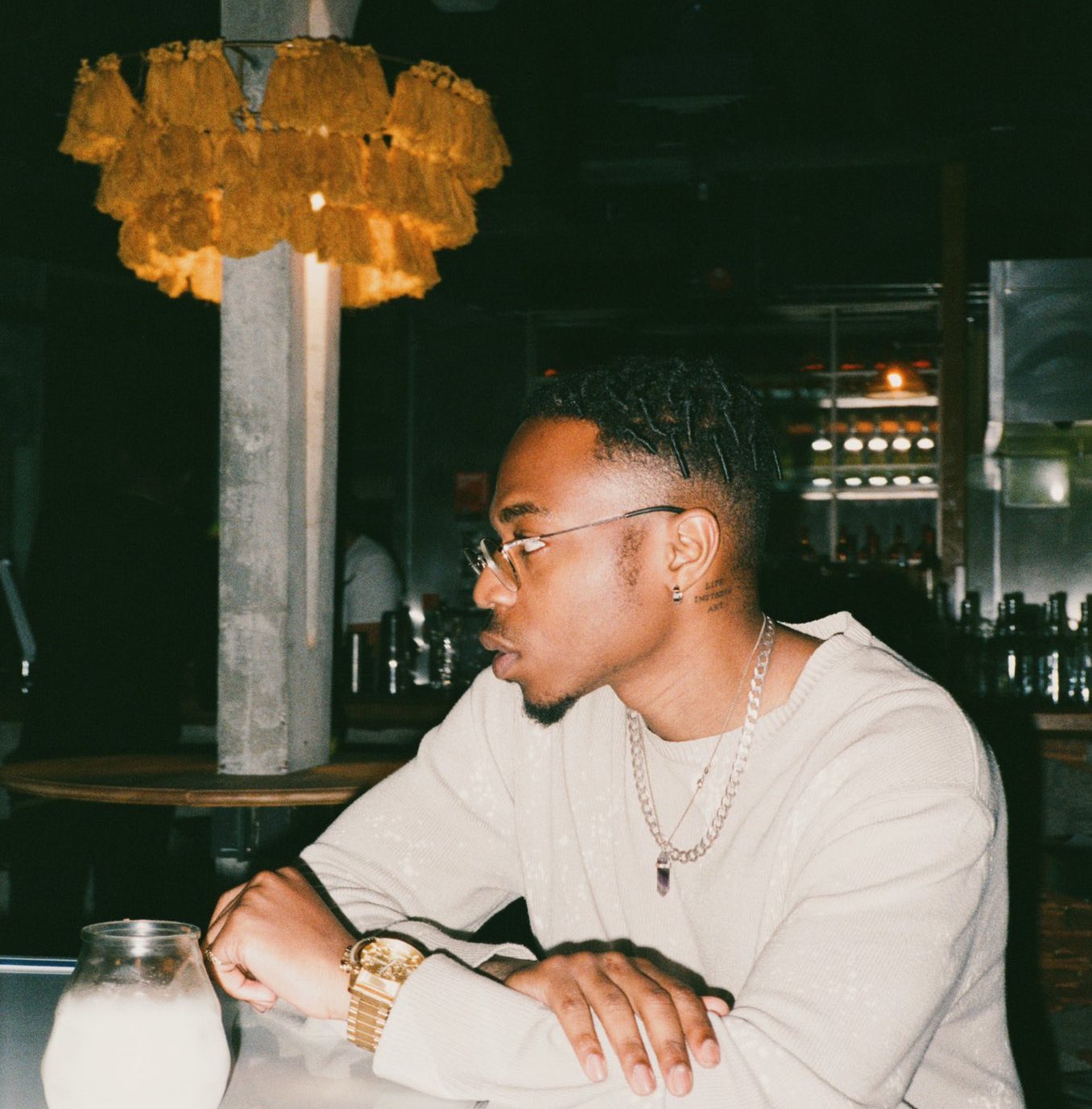 At just 24 years of age, London-based photographer EazyVisuals has been able to carve out his own space through his one-of-a-kind visual work. Exploring cameras around the same time he launched his former music career, EazyVisuals is undoubtedly known for his candid love of contrasting lighting and shadows in a moody context while tastefully presenting the female form. “It was all experimentation at first but then I started to understand how I could use it to create depth, intimacy, and mystery,” he shares.

“I want to document more, and film more behind the scenes for my shoots to provide some content worthy of watching,” the creative tells us. If there’s one photographer to bet on this year, our pick would definitely be EazyVisuals. His work speaks for itself and what sets him apart from others is his ability to draw you into more of his work after the initial first impression.

For our latest installment of Behind The Lens, we spoke with EazyVisuals to discuss falling into his photography career, presenting the female form, and more! Check it out below.

What made you decide to become a photographer? Was it always something you were interested in?

Photography kind of hit me in the face out of nowhere. I mean, I always took a liking towards pictures when I was younger – mainly selfies I must admit, but I’d do them properly with back camera and self-timer, the whole works.

But I was actually interested in music at first, from I was about 9 I always thought I’d grow up and do music. Eventually, someone offered to shoot my first music video… big up to them, but I hated it. I thought I could get a camera myself and do a better job. So I did. That got me into exploring cameras, and then not too long after, my mum bought me my first ever one – a Canon 100D. Classic.

Around this time, I was also on Tumblr quite a lot, and a photographer called Brandon Jordan from Toronto came with these pictures I’d never seen before – it was like a short story in a snapshot, all featuring females and themed around intimacy, recreational drugs, moody aesthetics, and subtle nudity. And sitting there in my neon-lit room… it felt like the match was lit, so I took it upon myself to explore and craft out my own vision.

One thing about your work that stands out to me is the way you use lighting and shadows to represent your subjects in a phenomenal way—tell me more about it.

I think a photographer and his lighting is equal to a painter and his brush. Contrasting light and subsequently shadow helps control what I want the viewer to see, and where I want them to focus their attention. How much shadow I choose to create can completely alter the mood of the image.

Naturally, I was drawn to this when I started photography because I would shoot silhouetted shots of my model’s figure, then I would change the angle and allow some light to spill onto my model and see how that looked. It was all experimentation at first but then I started to understand how I could use it to create depth, intimacy, and mystery – and let the viewer’s imagination do the rest.

How would you describe your approach to photography?

Honestly, that’s a hard question and I wish I had a better answer, but as much as I have a certain way that I shoot and edit, I feel like my approach is always changing, especially as I grow and continue to learn and try different things.

What do the conversations with your muses look like?

Realistically, the convos are a lot of “sorry for the late reply” messages… my bad! That aside though, I love to let the convos flow and just see where we both sit in terms of aesthetics. If it’s a project that I’m bringing to them, I’d get some inspo ideas or a mood board done up and send that over, see what they like – plus anything they’d like to add, and then from there, it’s convos about outfits and MUA’s, etcetera. Thankfully the majority of them trust in my vision!

How often do you revisit your older works—do they ever inspire any of your newer material?

Funnily enough, I very rarely revisit old work or anything pre-2019. I look back at them fondly and with nostalgia when I do, but I find it hard to draw inspiration from them because my head is always in a new space.

You’re consistently approaching new ways of presenting the female form, where do you draw inspiration for this?

I think the inspiration has never changed, I’ve been blessed to always have beautiful women in my life, whether that’s family, relationships, or friendships. I think the catalyst for my inspiration for each shoot is challenging myself to try new things, to try different lenses that allow for different aspects, to learn new ways I can light a model, to switch between beauty dishes to softboxes to reflectors etcetera. Changing the tools but keeping the same inspiration.

What are you working on next? Do you have any particular projects you’d like to shoot?

I have a few projects I’m itching to shoot. We created this crazy hat last year and still haven’t been able to get in a studio to shoot it, hopefully this month! Aside from that and a few others, my main thing I’d like to work on is YouTube. I want to document more, and film more behind the scenes for my shoots to provide some content worthy of watching. Still working on it though. Watch this space!