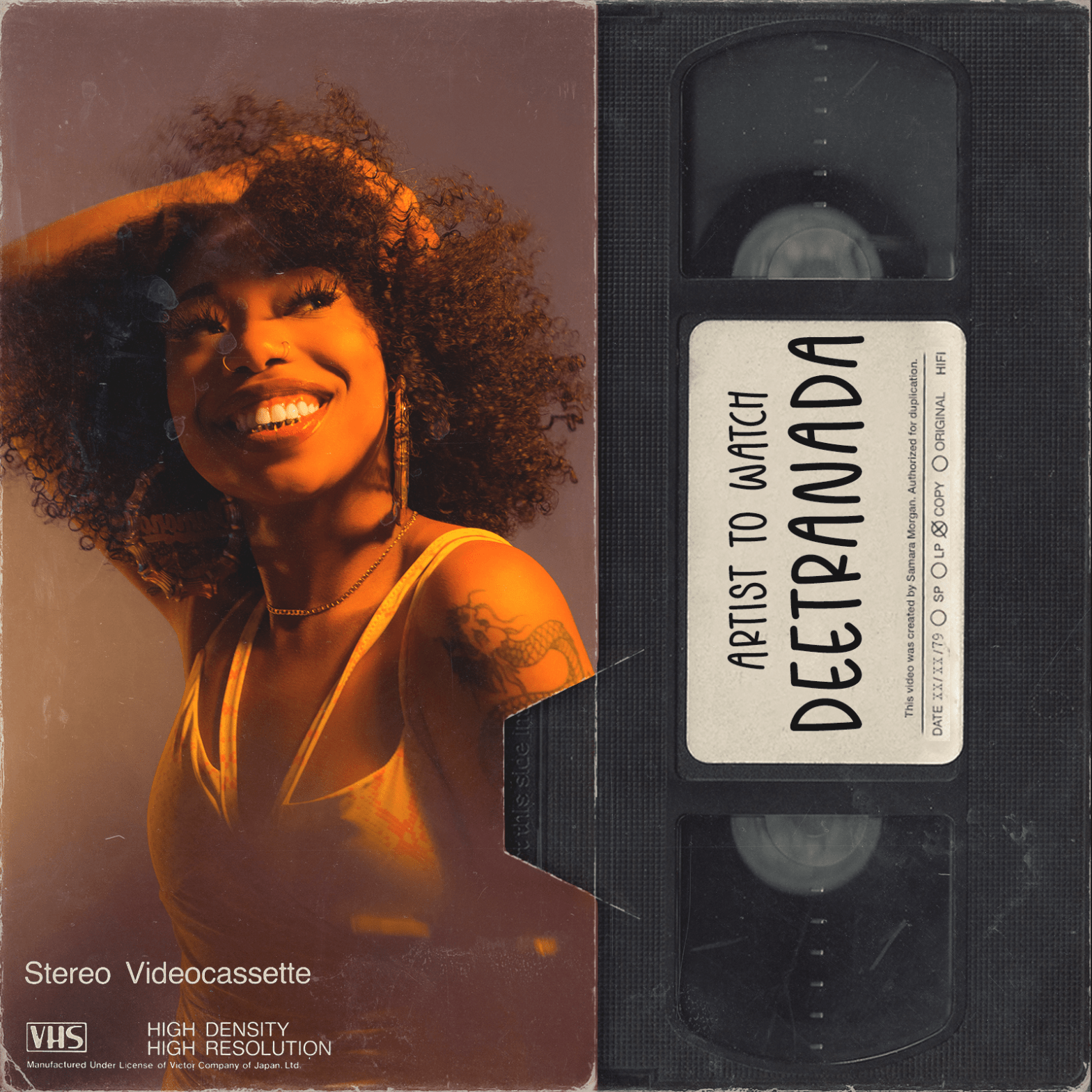 “If My Life Were A Movie, It’d Be Titled”: Diamond

Born in Baltimore, Maryland, rap emcee Deetranada is known for her captivating bravado. It fuels her surefire verses and amplifies her on-stage presence. Gaining national attention in her teens via performances and television, the rapidly rising lyricist made her mark time and time again with singles such as “ATTITUDE!” and “Know Me” to name a few. Deetranada exemplifies the presence of an artist who can’t be defined by just one genre or sound.

Though she didn’t have the best childhood, Dee made the best of what she had. Speaking on her adolescent years, she shared, “Long story short, it was a lot of moving around. I was bullied, I dealt with depression and suicidal thoughts.” She later added, “It wasn’t the regular childhood I feel like a child should live.”

As a youth, Dee dedicated herself to writing poetry as an emotional outlet, using them to express her thoughts and sometimes anger. “I would get in trouble because my teacher would go through the desk and find some, you know, questionable poems,” she states. “That was the only way I could release my anger without getting in trouble.” As time went on, she recites going through her parent’s CD collection and discovering her passion for music via artists like Lauren Hill, Rakim, Nicki Minaj, and a plethora of others. “That’s when instead of writing poetry, I was more or so writing raps. I didn’t start taking it seriously until about fourteen.”

Realizing her potential to become a phenomenal rap artist, Deetranada would upload freestyles online to build her social media presence. To no surprise, her videos began to go viral and she was eventually cast to be on a rap reality show, The Rap Game, which aired in 2017. Dee was able to showcase her lyrical prowess and songwriting abilities to a national audience, which she used to leverage into tours, endorsements, and much more. Towards the tail-end of that year, she shared her highly-awaited debut mixtape, Adolescence Swim. The 10-track effort is a self-portrait of one of Baltimore’s most incendiary voices come to life. Pairing diverse, left-field instrumentals with Dee’s own arsenal of flows, her own psyche lives and breathes within the timeless project.

In 2019, Deetranada shared her full-length project aptly titled DEEvsEVERYBODY!, which like much of her previous works, continued her wave of critical acclaim. Throughout the release, she raps powerfully over a sparsely populated instrumental complete with hard-hitting 808s and floating chime sounds. Deetranada’s sound is a forward-facing look at one of Maryland’s most exciting names in full flow. A devastating display of vocal dominance complete with unconventional flows and insatiable hooks, records like “Deebo!” and “Beep Beep!” mark an integral moment in her evolution; one that’s far from over.

In the meantime, the music phenom explains that she’s been taking a much-needed break to focus on herself. Dee emphasizes that elevating her mind is very important, “I been reel into the Universe, taking more time for myself and my spirituality. That’s part of the drive.” Without getting too much into detail, she shared a bit more about her spiritual journey, “It’s crazy when you dabble into something new, your subconscious mind is like ‘girl you already knew that.’ It’s definitely been a journey for me.”

Slowly creeping up on the two year anniversary of her previous project, the anticipation for new music from Deetranada has clearly heightened. Her audience is eager to hear material, theorizing forthcoming release dates and collaborations. “I love my fanbase because they have these different theories about when I drop my music. If I don’t feel it in my spirit, then I don’t drop it,” she shares. “It’s not a matter of ‘well somebody’s going to like it,’ what if I don’t like it? Words transfer into real life, but I don’t want to half-ass anything that I put into the world.”

Most recently, Deetranada shared the visual effort to her single “HIGHS and lows!” Inspired by Adult Swim comedy Robot Chicken, the Kelli Williams-crafted short yet another display of her creativity. In regards to what the future holds, she is currently gearing up for her next full-length project. “I have a project called Nada World, it’s going to be executive produced by Sevyn. I’m living life, making songs here and there, I love what I have so far but it’s nowhere near finished,” she states. Dee later adds, “I’m so excited to make these dreams come alive because I’ve been sitting on this for some months now.”

Though far from where she wants to be, the 19-year-old lyricist has accomplished a considerable amount. Deetranada is bound to impact the world with her bold persona and sharp lyricism. She was picked as an artist to watch after watching her extraordinary growth over the past few years. Keep an eye out for the Baltimore rapper as she continies to propel into viral triumph.