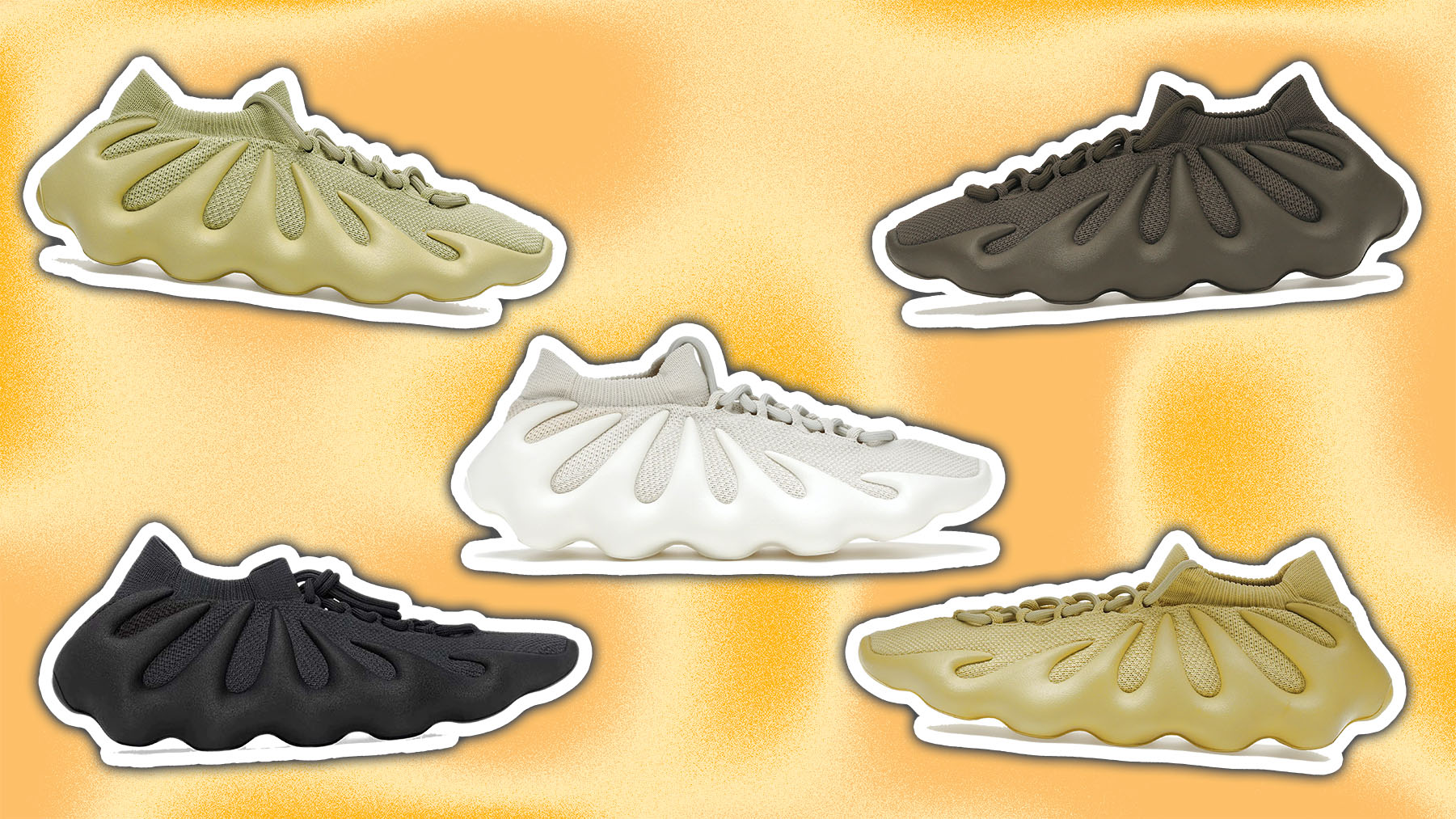 A Shoppers Guide To The Yeezy 450: Ranked & Reviewed

Kanye West and adidas’ YEEZY 450 has long been the subject of much conjecture. It’s been making the rounds on social media since 2018, and has been likened to anything from next-gen 3D knit to sci-fi footwear. It’s even been seen on the feet of Kanye West himself. When it comes to naming the shoe, it’s been a bit of an issue; multiple times, it’s been called the 451, since the 450 was initially supposed to be an open-toe slide.

However, the three-year-long rollout of the adidas YEEZY silhouette finally came to a conclusion since official photographs of its “Cloud White” shade were released at the beginning of 2021. The 450 stands apart from previous YEEZY releases thanks to its sock-like top and bulbous, ridged one-piece EVA midsole/outsole unit that rises high above the upper. Additionally, the Steven Smith-designed aesthetic is devoid of any marking on the outside; the only branding that can be seen is on the insole.

The “Utility Black” colorway, which dropped on Yeezy Day 2022, is the most current in a long line of iterations. Here are some of our favorite pairs, as well as where you can get them.

Designed with the help of Steve Smith, the brain behind legendary styles like New Balance 997 and Reebok Instapump Fury, “Cloud White” has neutral colors on a deconstructed shoe. The one-piece knit textile upper is held with an elastic cuff and an integrated lacing mechanism that removes the need for external branding. The molded outsole has a series of ‘fingers’ that wrap around the side panels, encroaching on the minimalist design.

Blacking out Kanye’s groundbreaking design, the “Dark Slate” gives a darkened version. The knit upper has been stripped of its color and outside branding and is fastened with an integrated lacing system and a stretchy, sock-like cuff. Deconstructed heel and side panels are held in place by tapering appendages on the rubber outsole instead of a typical midsole, offering additional support and durability.

One-piece knit top and claw-like EVA midsole in “Resin” have a light green monotone finish throughout the futuristic design, which includes tapering fingers that wrap around the side panels. An Ortholite insole with dual adidas and Yeezy branding is included, as are tonal rope laces and a flexible cuff. Wavy tread patterns on the outsole of this shoe provide the best possible grip as expected from the silhouette.

It’s hard to miss the “Cinder” color scheme, with its monotone dark taupe colorway and futuristic style. The sock-like knit textile upper is laced up with the typical rope laces. With an elastic cuff securing the ankle and tapering fingers that extend up the heel and sides, the PU-injected midsole cradles the foot.

Sulfur Primeknit top with tightened collar and thick rope laces that seem to be woven into the forefoot adorns the “Sulfur” colorway. The model’s dynamic lines and structure are highlighted by a subtle cream coloring in this version. Structure and support are provided by each model’s unique sculpted sole.

To balance out its out-there aesthetic, the “Utility Black” color scheme utilizes a monochromatic color scheme. The one-piece black knit upper is fastened with lace closure and a flexible, sock-like cuff in a lightweight, breathable design. The sides and heel are wrapped in a color-matched PU-injected midsole, providing a supportive fit and a one-of-a-kind look.