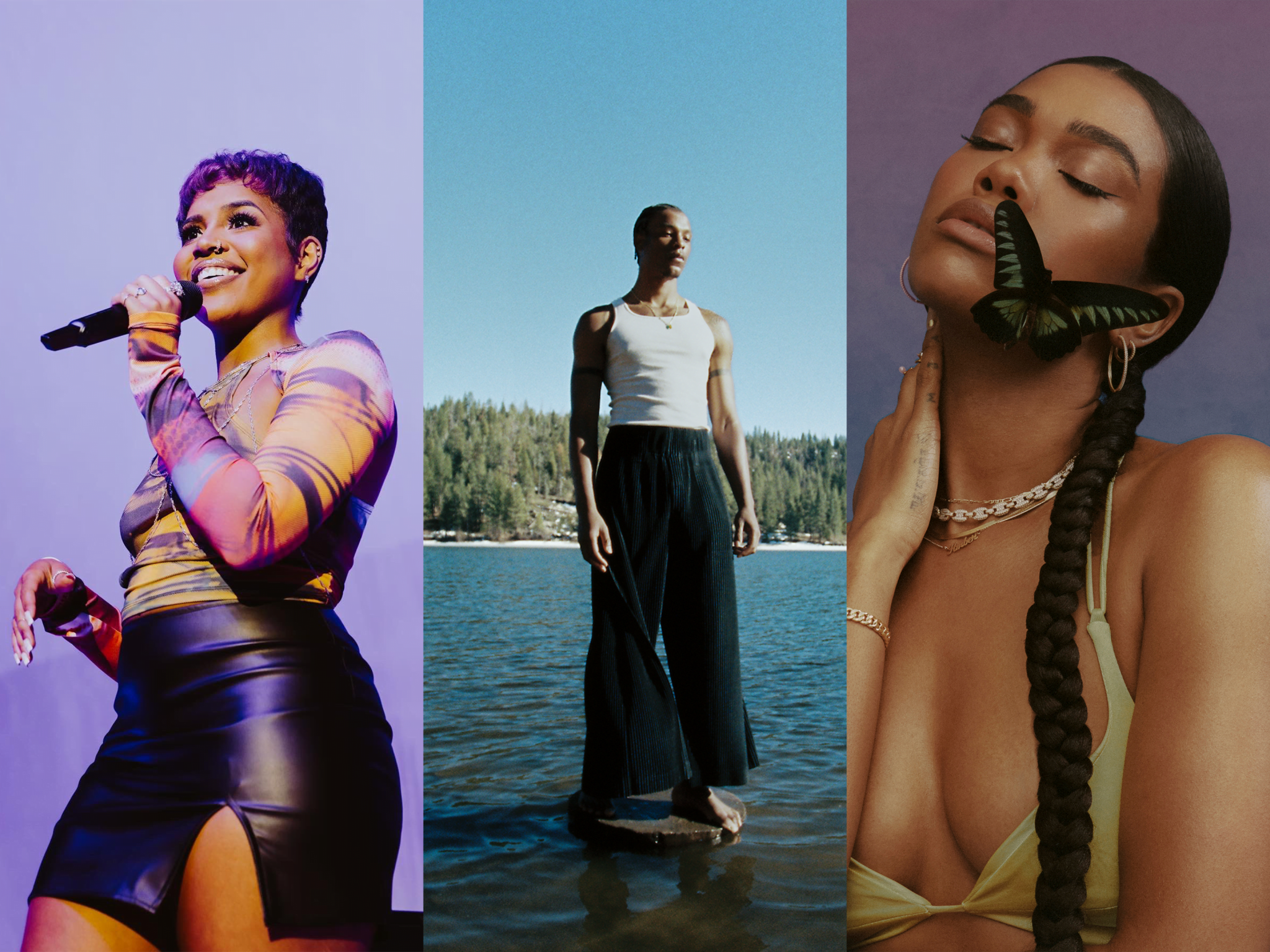 Below, we’ve compiled a list of seven R&B artists to watch this year. From Alemeda—R&B’s next it-girl—and Alex Vaughn, LVRN’s latest signee captivating an audience with her wistfully catchy melodies to Brandon Banks, who contributed to Drake’s 2021 song “Fair Trade.” Elsewhere, songstress Amber Mark as she continues to propel into triumph and superstardom while Otis Kane offers R&B from the male perspective. Check out our list below.

Despite only releasing her debut single this past year, Alemeda has seemingly cultivated a strong audience that centers around her beautiful voice in contemporary R&B. The Ethiopian singer-songwriter initially appeared on REASON’s 2020 standout cut “Slow Down” and the following year, put out her first record “Wish You The Worst.” She later followed up with her pop-tinged track “Gonna Bleach My Eyebrows,” which amassed a few million streams across streaming platforms. The accompanying video, directed by the artist herself, further propelled the track into popularity.

Alemeda’s latest single, “Post Nut Clarity,” positions her to be R&B’s next it girl. What also makes the songstress interesting is the attitude and confidence she reveals through her pen game, as well as the immense support and love from fellow R&B musicians. Her presence in the genre continues to expand with each release and it’s only a matter of time before everyone else catches up.

With his new EP Natural Progressions set to drop later this Spring, rising singer and songwriter Brandon Banks returns from his two-year hiatus with his first musical offering aptly titled “Get On.” Accompanied by electric guitar trills, the Lophiiile-produced track sees him reflecting on his upbringing and all the challenges he’s overcome. Speaking on the song, he shared, “This song was about survival… about acknowledging that I have struggled, I have fought through countless failures and setbacks, but now I feel I have learned enough.”

The Inglewood, CA native has become known for a rare talent and consideration to craft that surrounds each release—writing, editing, co-producing, and creative directing everything he works on. Notably, he worked on last year “Fair Trade” by Drake featuring Travis Scott, which speaks for itself. Exploring themes of self-identity, masculinity, and trauma, Brandon looks set to continue the attention that’s building around him as a standout name for a new generation of R&B stars.

Raised in Maryland, Alex Vaughn makes you feel everything all at once. Pulling from love, heartbreak, and desire, nothing is off the table when it comes to conveying emotions in her music. Many may be familiar with her voice from the IDK and Wale-assisted song “LIVE FOR IT” or even her solo works like 2017’s “Gotta Have It” or “Anymore” from the following year, but she’s extremely talented to say the least.

Signed to Love Renaissance (LVRN) this past year, Vaughn welcomes a new chapter in her career with “Mirage.” Amongst one of her strongest works to date, the song sees her coming to terms with the reality that the person that she is in love with may not be as perfect as she imagined. “Mirage” is a soulful ballad that finds the singer turning emotion into wistfully catchy melodies. Given the colossal success of LVRN’s R&B acts Summer Walker and 6LACK, it’s safe to say that Vaughn will be a paramount force in the genre soon.

This generation’s wave of male voices in R&B don’t get enough praise and Otis Kane is among the growing list of artists offering a male’s perspective. The producer-turned-artist blends a multitude of genres within his music, creating a refreshing listening experience from front to back. With songs like “Lost” and “Good Love,” two of Kane’s most stream records, it’s evident that he has a strong fanbase that gravitates to the reliability and honesty weaved into his lyrics.

In 2021, he released his debut album Purple BLUE, encapsulating modern romance with smooth vocals and sultry lyricism. The project is heavy on soul and funk with a touch of sweet psychedelia, with production primarily being handled by Otis himself. He quickly followed it up with November Love Notes and a string of singles. Fast forward to this year, “Wanna Love You” is the singer and songwriter’s latest offering to add to his growing catalog. 2022 is certainly an exciting year for Kane as he continues to spew more tunes.

Parisalexa is a name that blends ambient instrumentals with an angelic voice to present a beautiful contrast in her music. In her songs, she takes you on a journey that blissfully allows fans to live out her world right along with her. In 2021, she grabbed our attention upon the release of Finishline, which graced us with songs like “Overdrive” and “… Better Than Being In Love.” As evident in songs like “Steal It,” she can rap extraordinary well on top of lulling people into a serene listening experience. With her latest EP spilling true emotion onto modern R&B, we anticipate that her comeback to music is going to be worth the chatter.

One of the largest names on this list, Amber Mark would be easy to categorize as just an R&B artist, but her sound is much broader than that. Her long-awaited debut album, Three Dimensions Deep, is an exploration of self-awareness, empowerment, and love amongst many other themes that the January release delves into. Dancehall-tinged songs like “Softly” and “Bubbles” grace the album, while other records like “Most Men,” “FOMO,” and “Competiton” undoubtedly take the project to another world.

The album, as well as her previous releases, are a display of the boundless limits and ideologies that Amber abides by. Now, fans get to see her embark on her first tour post-pandemic with supporting acts Shaun Ross and Jean Deaux starting March 28th. This year looks to be a fruitful one for the New York songstress as she continues to propel into triumph and superstardom.

Although the last several months have been relatively quiet from Jay Glavany in regards to music, he’s kept himself busy with a handful of projects including working with emerging streetwear label No Diploma and launching his platform ALL CAPS. Despite that, his 2021 EP Look What You’ve Done still continues to spin in our playlists and amass tons of views across—he recently hit one million on Spotify. His rich vocals and intricate production fit in the alternative space, drawing from different elements of R&B, hip-hop, and blues. Hopefully, this year sees the return of Glavany as we’re eager to see what he’s been cooking up.